Although Lorain Francis hasn’t always worked on the frontlines of food insecurity, she’s been surrounded by volunteerism for as long as she can remember. Lorain grew up in Fairport, New York, where both of her parents were active volunteers in the community. Unsurprisingly, when Lorain grew up and owned a local retail business, she started to volunteer with the merchant’s association to revitalize the town’s main street. 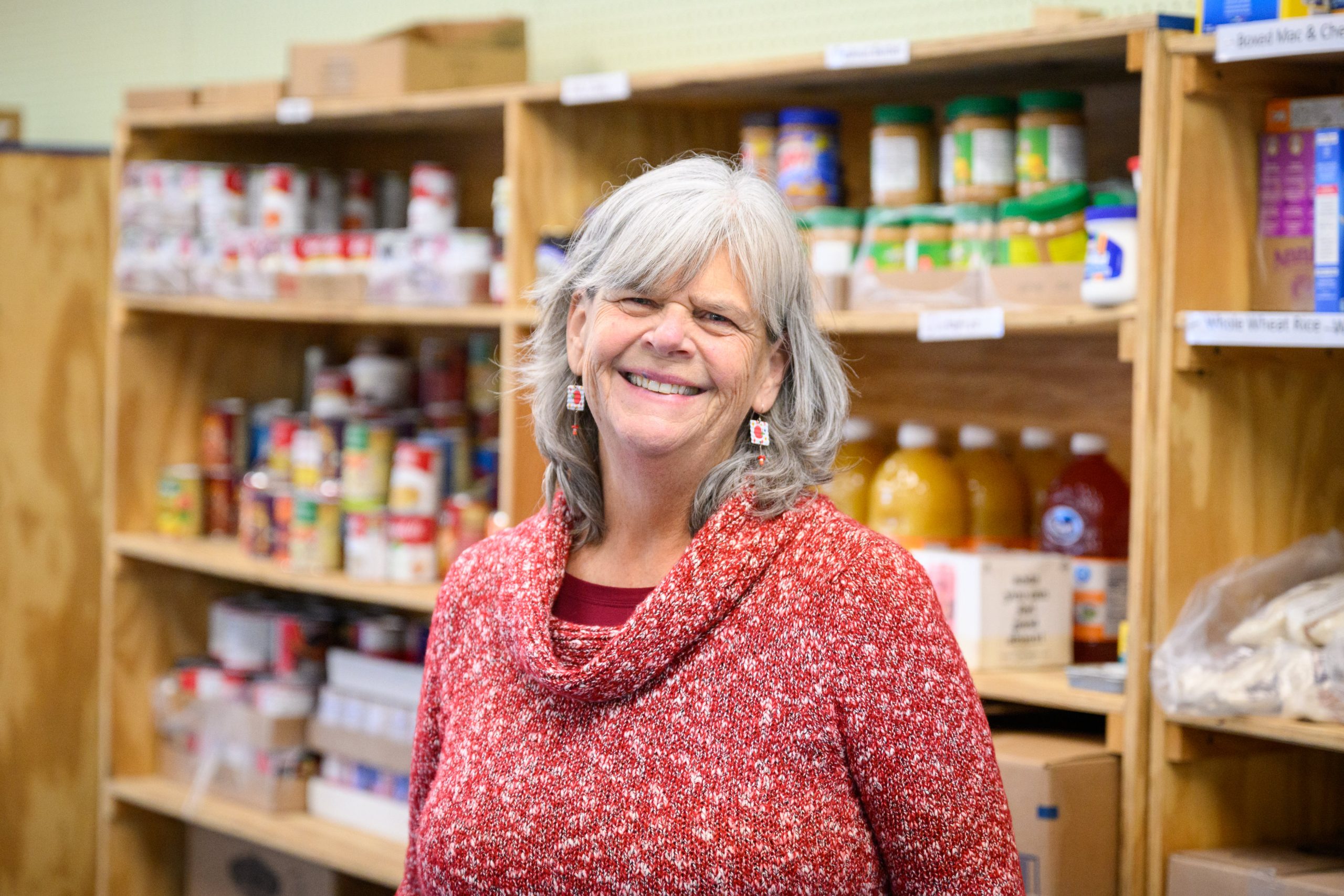 Fifteen years ago, Lorain and her husband moved to his hometown of Union, in an under-served area of coastal Maine, where Lorain found a job at the Chamber of Commerce in Rockland. That ultimately led her to the Maine Development Foundation, where Lorain got the chance to work with communities across the state, doing what she loved. However, after about five years working with Mainers near and far, Lorain began to feel disconnected from the last place she expected: the place she called home. “I realized that I lost my sense of my own community, because I was in everybody else’s community,” Lorain said. “I wanted to make a difference in my own community again, so the thing to do was to get involved locally.”

That’s when Lorain took a job at Penquis, a community action organization in Maine. At Penquis, Lorain helps to administer a federal AmeriCorps grant that places senior volunteers in eight food pantries and a soup kitchen in Mid-Coast Maine. Lorain is the program director for an initiative called Knox County Gleaners, which partners with local and backyard farmers and residents to harvest and redistribute fruits and vegetables to nearby food pantries. Last year, Lorain’s team helped to distribute over 22,000 pounds of vegetables to 22 locations in Knox County. 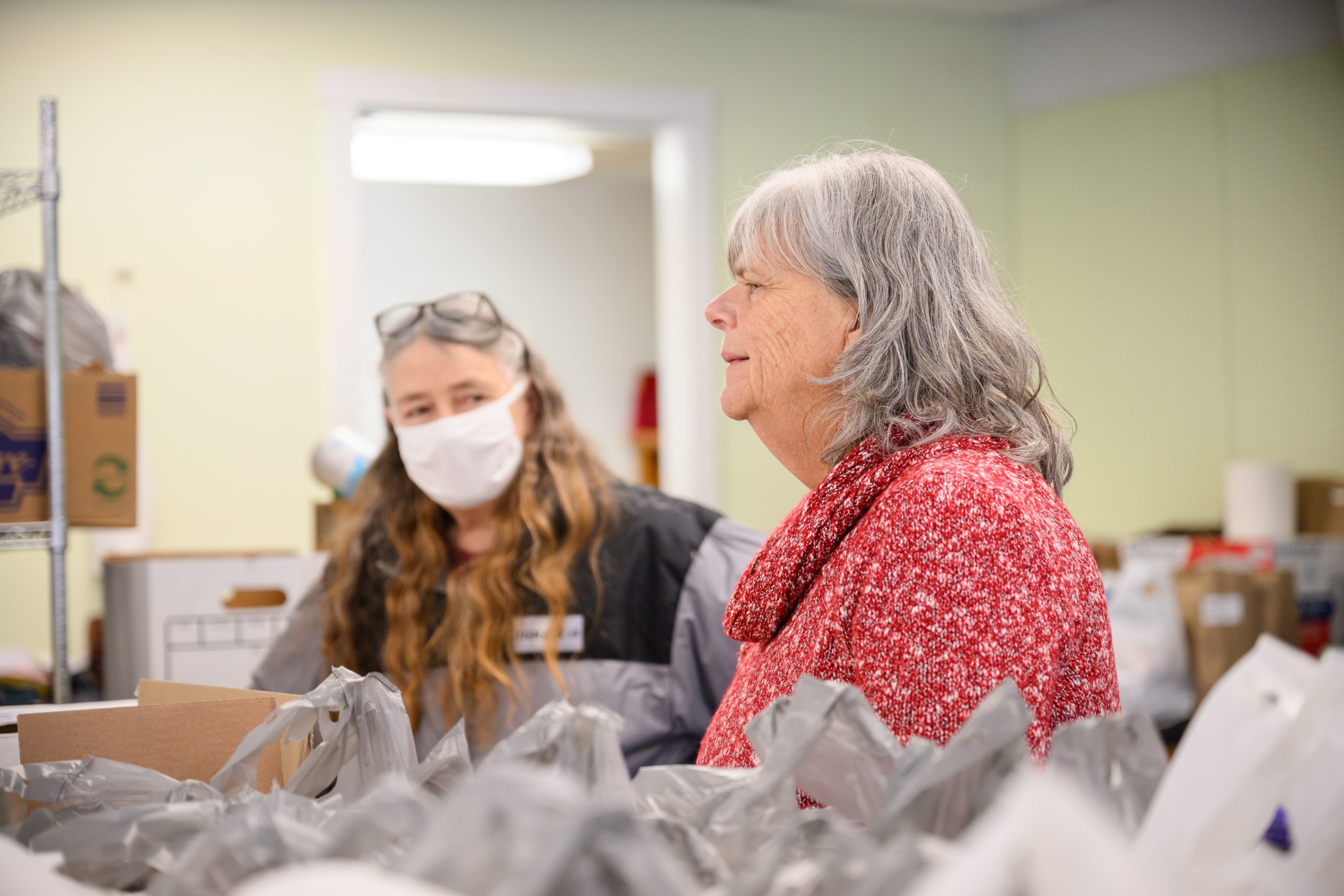 It was about two-and-a-half years after joining Penquis that Lorain ultimately found what she calls her “volunteer job” at Come Spring Food Pantry, one of Knox County’s food pantries. Come Spring was started over 20 years ago as a community service project, and when the founder decided to retire, Lorain decided that, given her background in community building, she was the right person to step in and help the organization grow.

A Lender To Dream With

Even before March 2020, Come Spring was bursting at the seams in its cramped, hard-to-find space located in the basement of a town building. The COVID-19 pandemic exacerbated those struggles. According to Lorain, not only did social distancing restrictions limit how many people could be present in the tiny pantry at any one time, but it was challenging for community members to access new pickup locations, even as need increased. To make matters worse, Lorain says that there wasn’t enough space to store surplus food, which meant that the nonprofit had to rent another room, which soon became a financial burden for the organization.

Come January 2021, Lorain knew what she needed to do: find a larger space. She and her team began to look around Union to see what was available. A few weeks later, she toured 27 Common Road. Despite that the 2,800-square-foot building was in major need of repairs (snow was falling through the roof), Lorain knew that it was Come Spring’s new home. The next obstacle? Figuring out how the small (but mighty) food pantry was going to be able to purchase it. 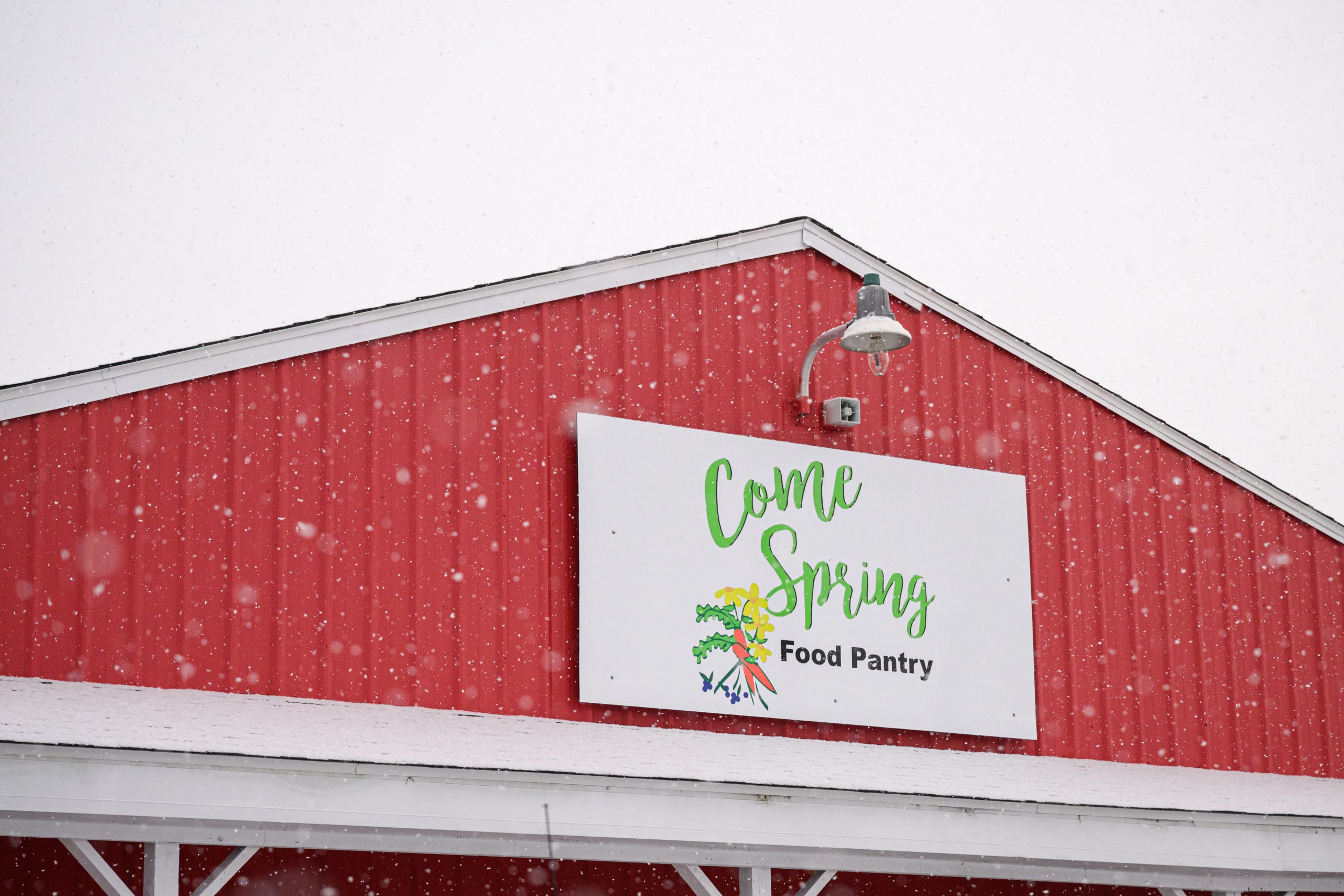 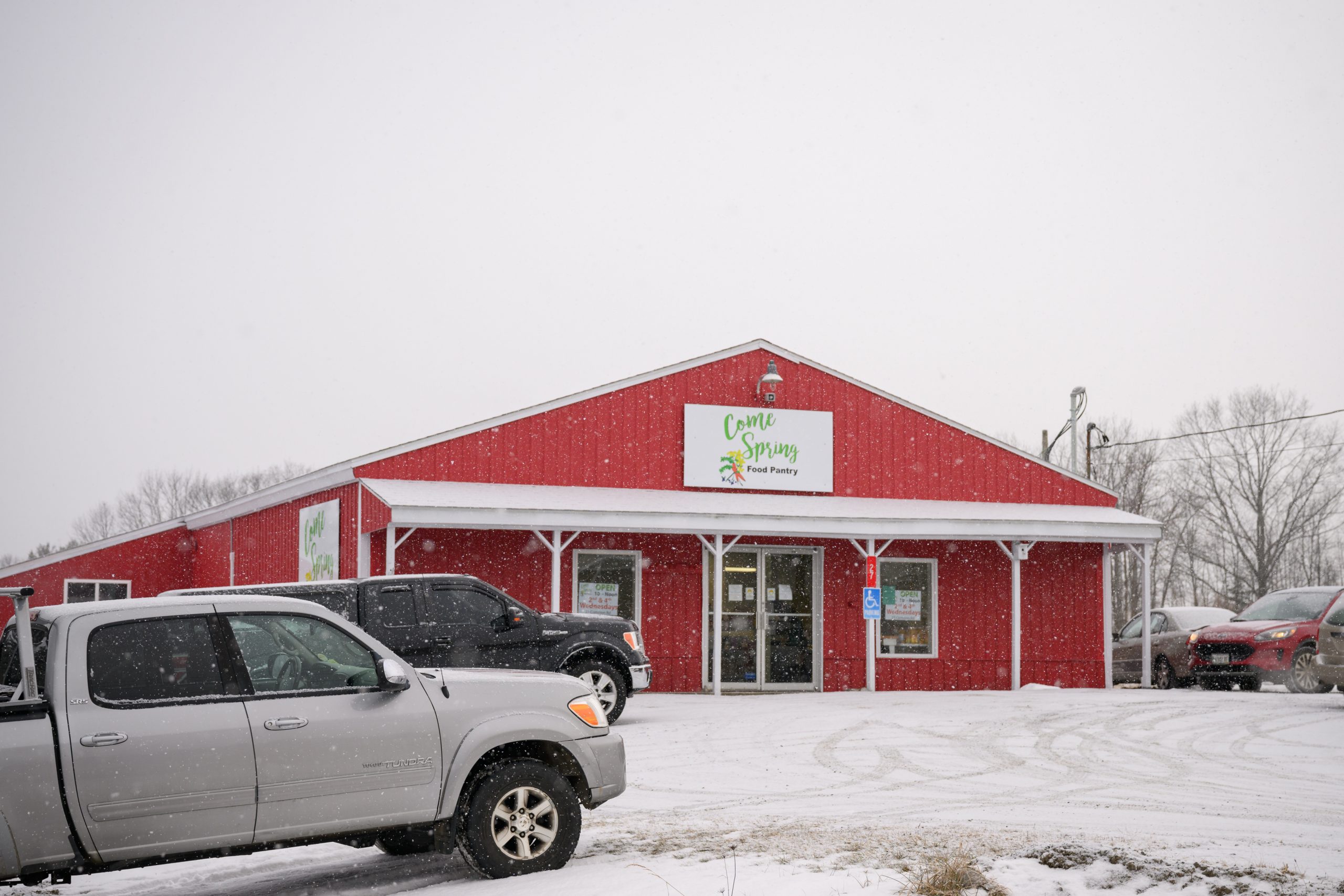 Lorain reached out to a colleague at AIO Food & Energy Assistance, another pantry that had just gone through a building campaign, to ask for advice. That’s how Lorain learned about a Community Development Financial Institution (CDFI) called The Genesis Fund. Since 1992, The Genesis Fund has been working to develop and support affordable housing and community facilities across Maine, mainly by providing both financing and technical assistance to increase the supply of affordable housing. CNote partners with CDFIs like The Genesis Fund in communities across the country, channeling capital to fund social missions like affordable housing, women’s empowerment, entrepreneurial funding, and more.

When Lorain connected with The Genesis Fund, she instantly knew she found the right financing partner. Not only did the CDFI have an impressive portfolio of similar projects, but, as Lorain describes, the CDFI “dreamed with us as a fledgling pantry wanting to grow big.” The Genesis Fund offered Lorain and her team everything Come Spring needed, including assistance with the loan application and coaching. In the end, being challenged to think about Come Spring’s past, present, and future ultimately helped the food pantry to “grow up,” Lorain said. 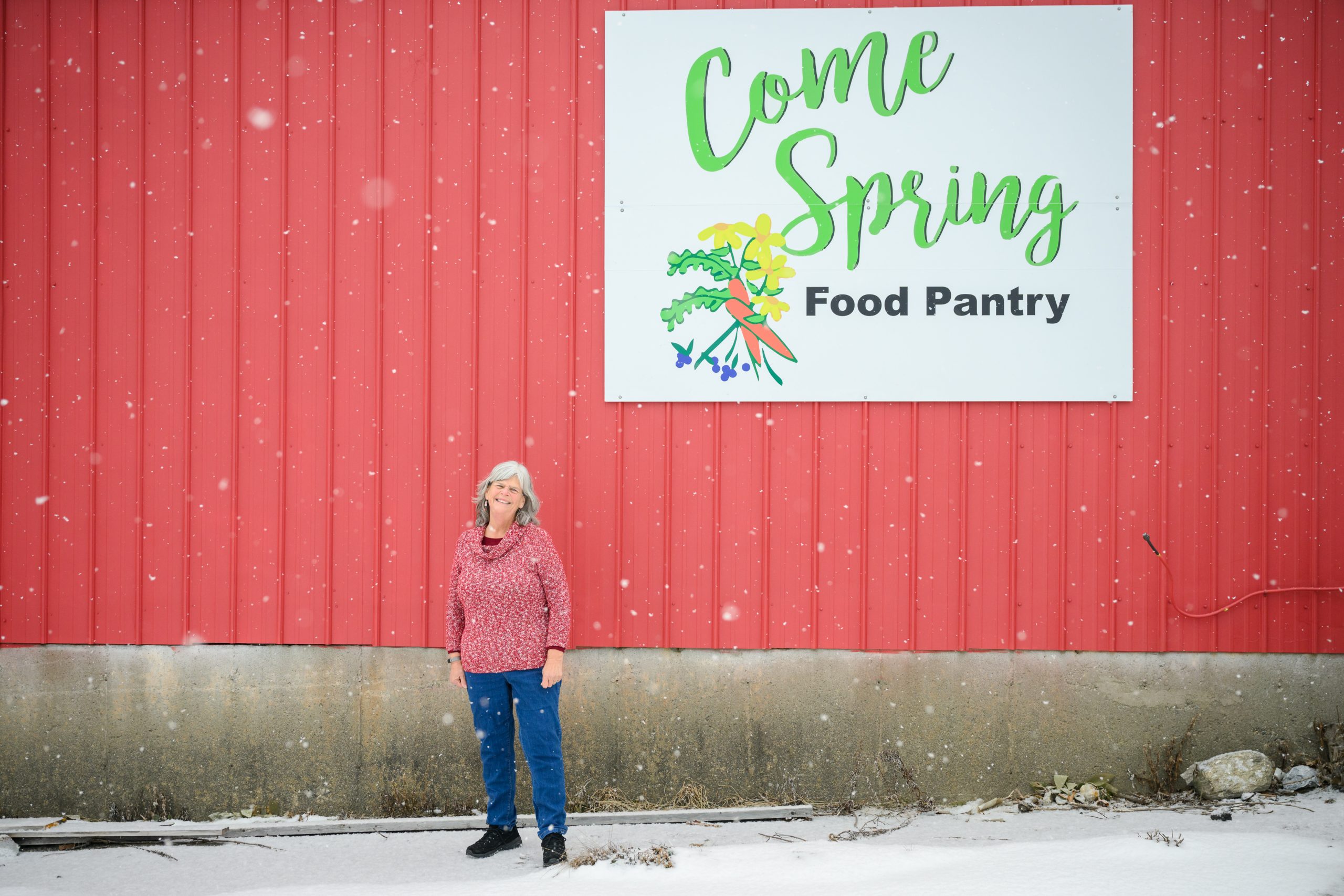 On February 12th, Come Spring made its purchase offer to the building’s owners, and, incredibly, the deal closed on March 31st — 64 days after Lorain and the CSFP Teams initial decision to move the pantry’s location. Meeting the March 31st deadline was significant, Lorain explained, because doing so meant that Come Spring didn’t have to pay taxes on the building for the next year. Therefore, the speed for which The Genesis Fund and the lawyers were able to help Come Spring close on its offer saved the food pantry $3,500. “For us, that’s huge,” Lorain said. “Genesis was amazing to work with. They believed in us from the beginning, and everybody pulled together and made it happen.”

These days, Lorain has a lot on her plate. Once the real estate deal was finalized and the pantry secured its larger space, it was time to get to work. The first thing that needed to be done was to repair the building, namely installing a new roof. However, because Lorain wanted the new building to be a beacon for those experiencing food insecurity, it had to be painted barn red. The addition of “huge signs” helped to ensure that the building can’t be missed — it’s now visible more than a half-mile away.

Come Spring officially opened its new pantry on July 10th, 2021 and the location has quickly become a long-term food storage hub for other food pantries and food security groups in western Knox County. Besides the much larger food pantry and a big parking lot, Come Spring now has in its plans a storage room, a classroom, and a commercial kitchen, where volunteers can process food (e.g. make apple cider) and prepare take-home meals. The pantry Knox County Gleaners was also able to acquire a CoolBot, an energy efficient walk-in cooler, which ties back to the work that Lorain does with produce redistribution at Knox County Gleaners. Another way Come Spring has established itself as a community center is by hosting Union’s weekly farmers’ market, which consistently attracts large crowds. 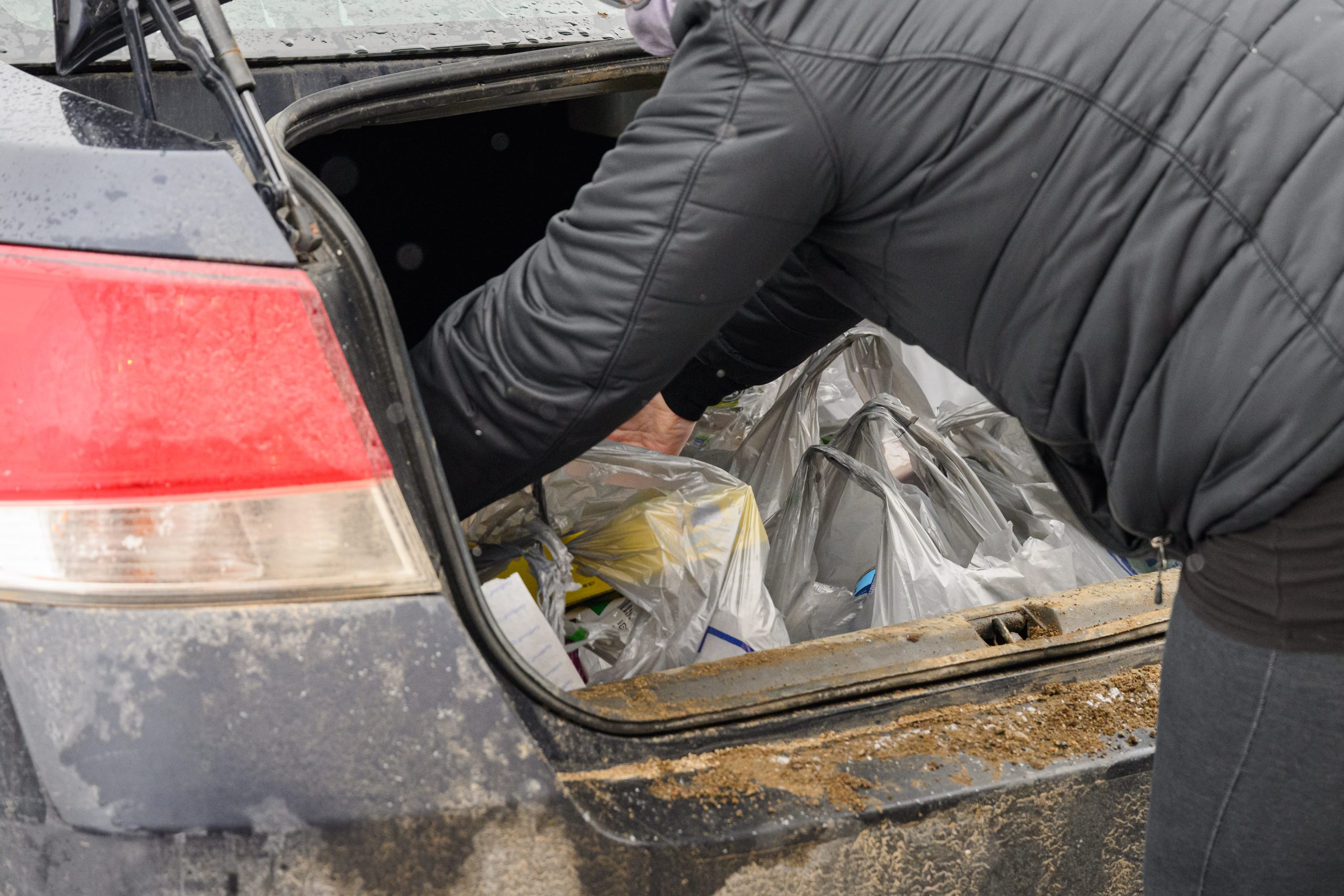 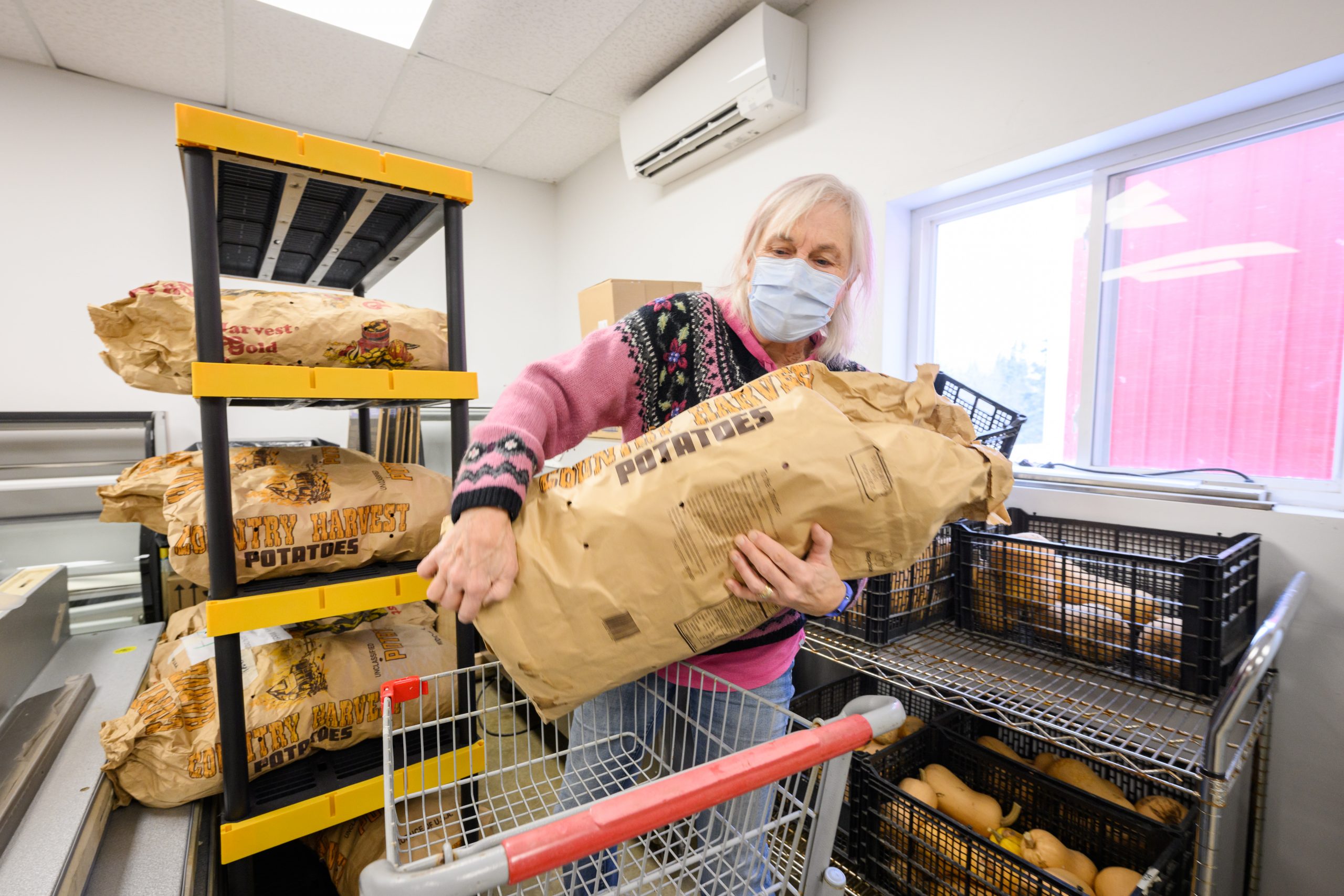 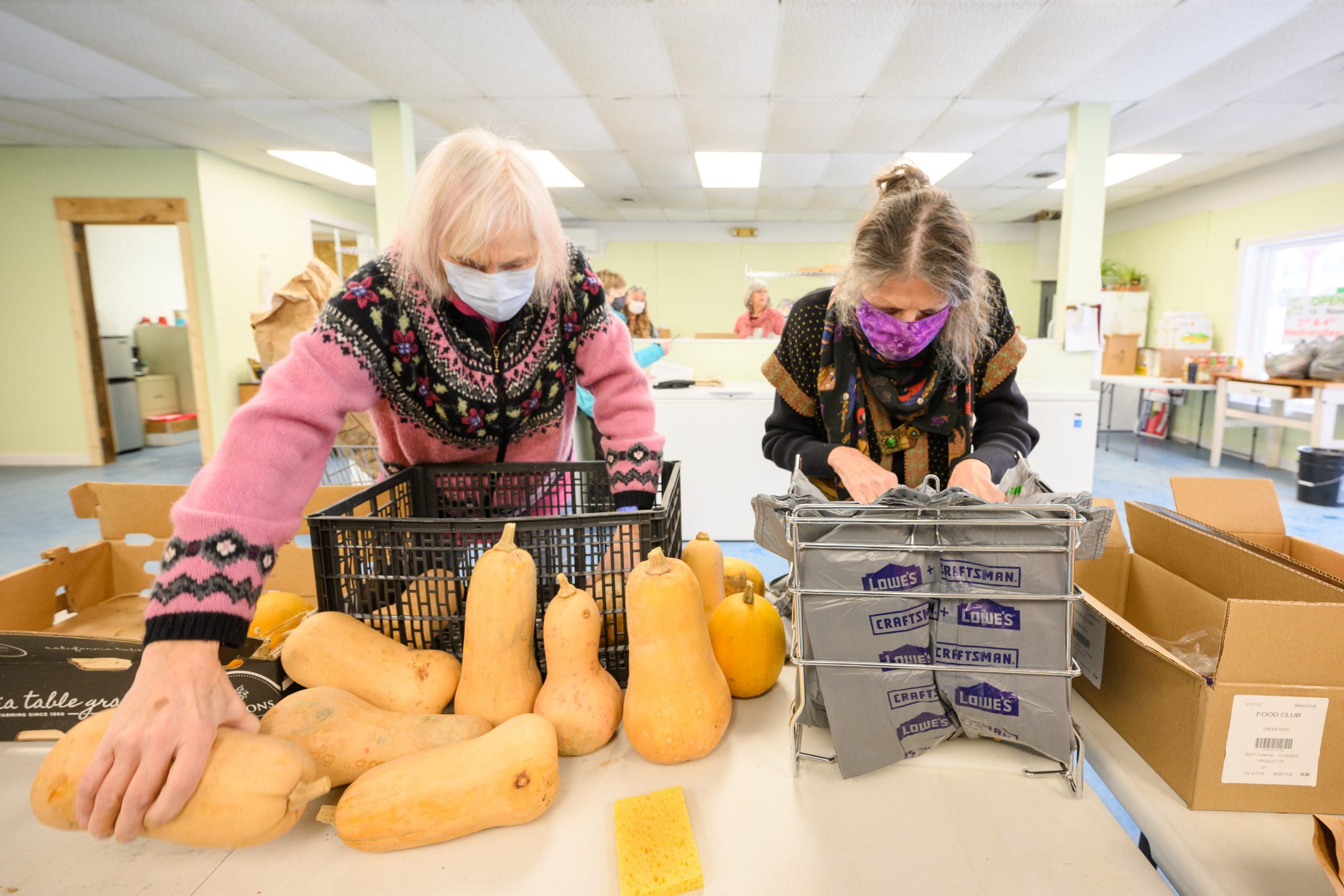 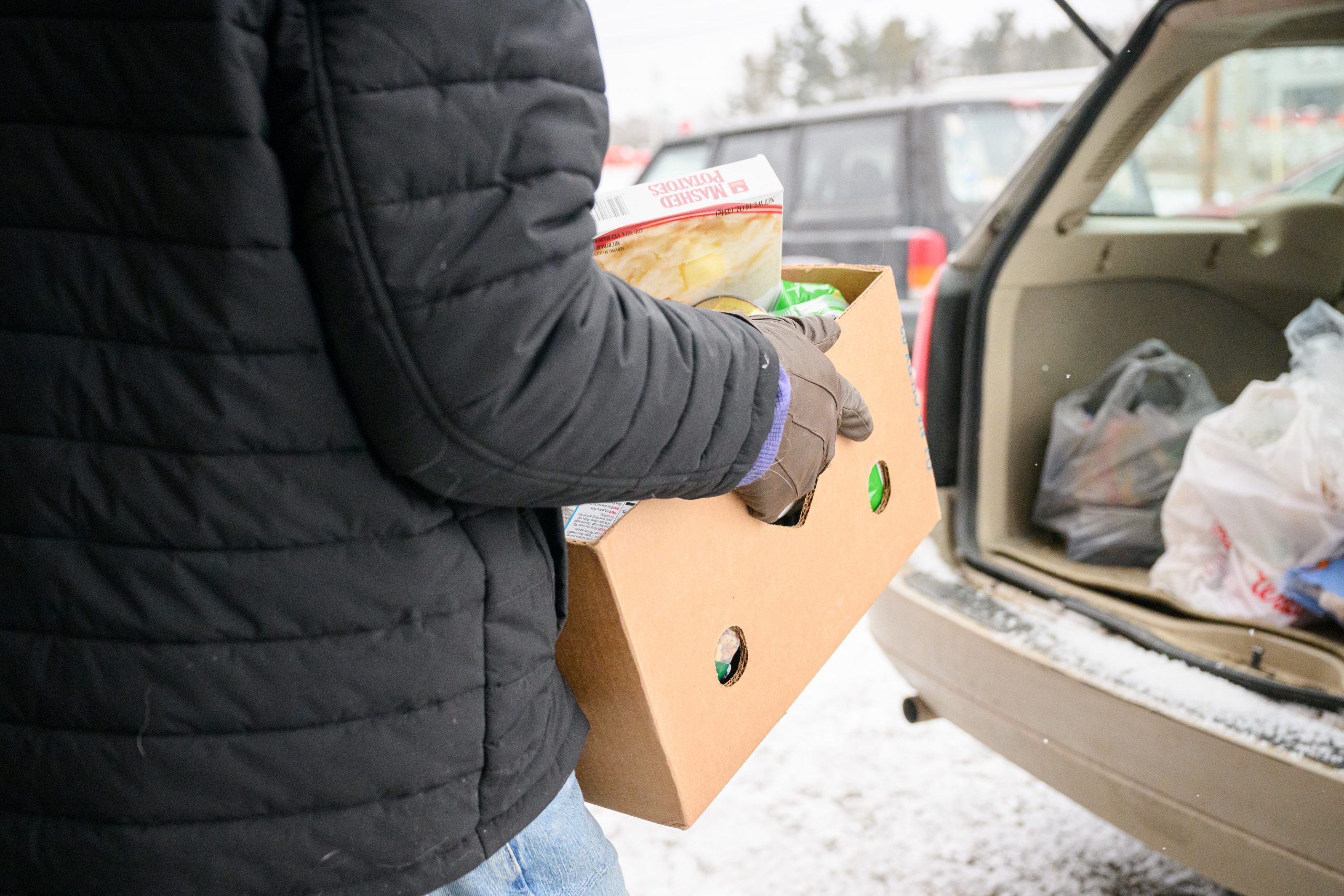 Today, Lorain and her team of volunteers open Come Spring to the community every Wednesday with both daytime and evening hours. In July the pantry will switch from pre-packed boxes to a client choice shopping model just one year after moving to the new pantry. Providing a small grocery store experience and atmosphere allows people to shop for what their families’ preferences are, she said. “It gives people choices, it gives them dignity, and it empowers them to be able to choose what they want.”

Since moving into its new facility, Come Spring estimates that it will be able to increase its capacity to provide services to additional families, including the elderly, couples, veterans, large and small families and anyone struggling with food security in the region. 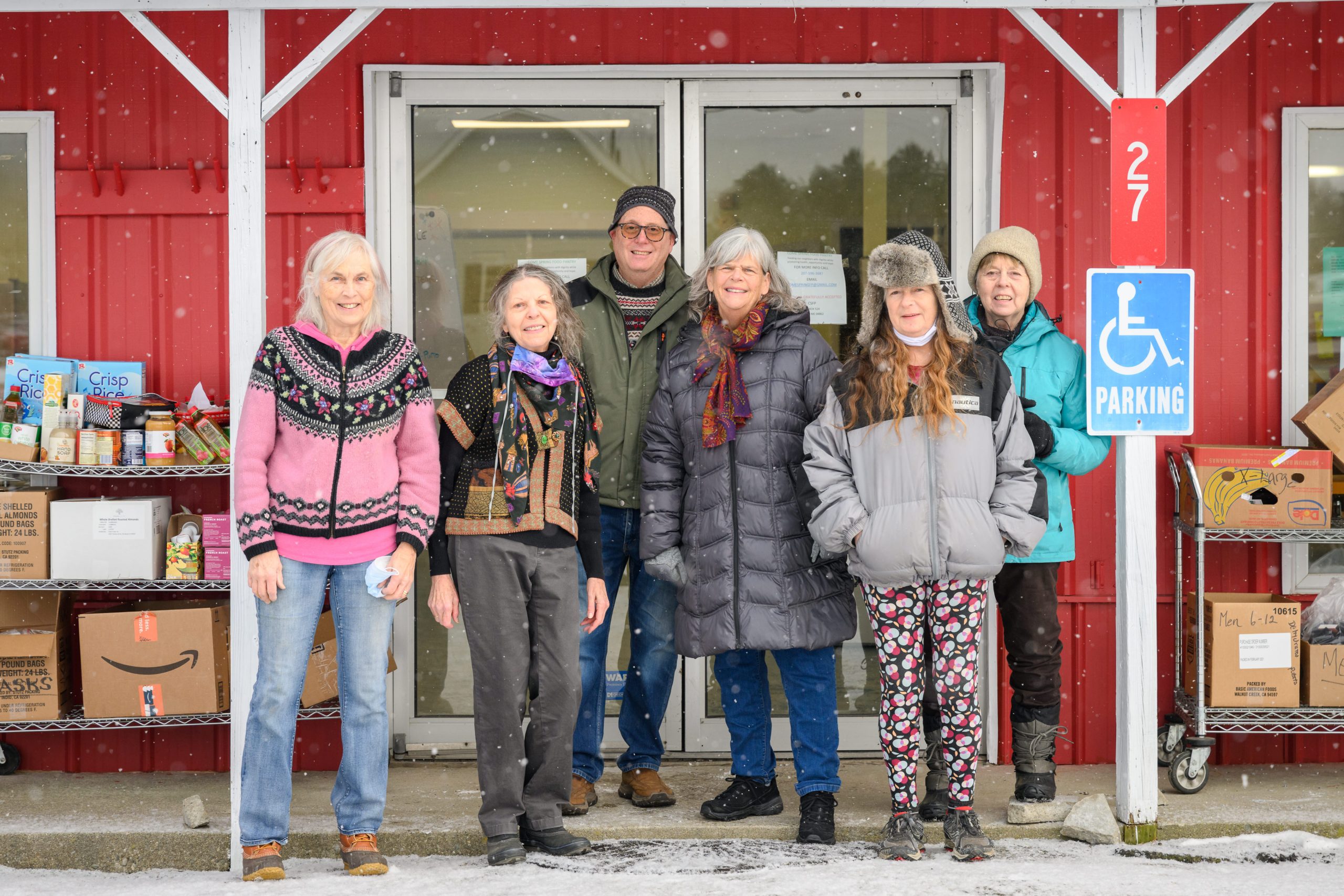 “We encourage people to come and get food basics from us and spend their saved income on gas, heat and to keep their car running so they can get to work and children to school. I don’t want anyone in my community to not know that there are food pantries here where anyone can get food,” Lorain said. “It’s a labor of love, and I love making sure that everybody in western Knox County is fed. It doesn’t get any better than that.”