Catherine Dorsey had always dreamed of becoming a nurse. In 2016, the Detroit resident took a step closer to fulfilling her dream by beginning medical school in Ohio. And while she worked through the demanding courses, another difficulty materialized: her rapidly accumulating bills.

In order to pay for her medical school loans, car loans, and other miscellaneous expenses, Catherine was forced to borrow on her credit cards. To make matters even worse, Catherine had taken out those loans from a predatory lender.

“The first loan that I got actually wasn’t enough for me to do everything I needed to do. So then I had another one just to get enough money to move and get to school. I wasn’t thinking about rates and terms. I was just thinking that I needed money fast. I have to get gas. I have to get food. I have to get to work.” 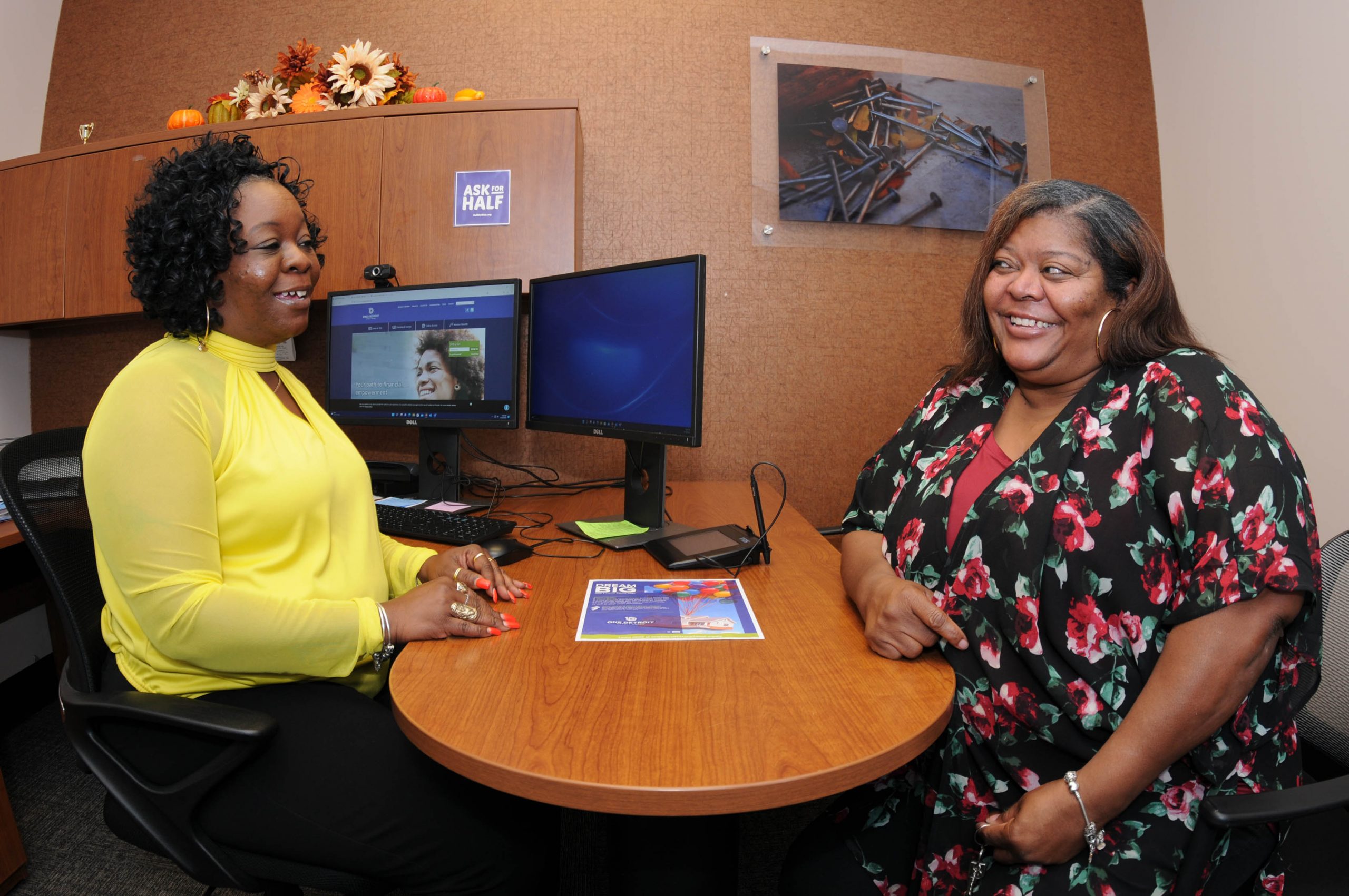 The One Detroit Credit Union employees that helped Catherine Dorsey and Sandy Waldrip.

Catherine’s expertise was in people’s wellbeing, not in finance. It wasn’t until the bills started coming in that she noticed something was wrong. On a day off, she sat down and calculated the numbers. She realized quickly that the numbers were high. Very high. One the first loan of $4,000, Catherine would be paying almost $12,000. On the second loan of $3000, she would be paying $10,000: A $22,000 total from a loan of just $7000.

Fortunately, Catherine had been a One Detroit Credit Union member since 2017. One Detroit Credit Union is a Detroit-based low-income designated credit union that has been serving the local community since 1935. One Detroit is a certified Community Development Financial Institution (CDFI) and Minority-Depository Institution (MDI). CNote partners with credit unions like One Detroit across the country through its Impact Cash™ Solution, empowering individuals like Catherine who are looking to lead healthier financial lives.

When Catherine walked into the door of One Detroit Credit Union in 2021 looking for help making payments on her predatory loans, she saw a brochure on the teller’s desk for a credit building loan. The teller informed her that the program was a way for individuals to borrow money using their own savings as collateral to help improve credit scores and build credit history. 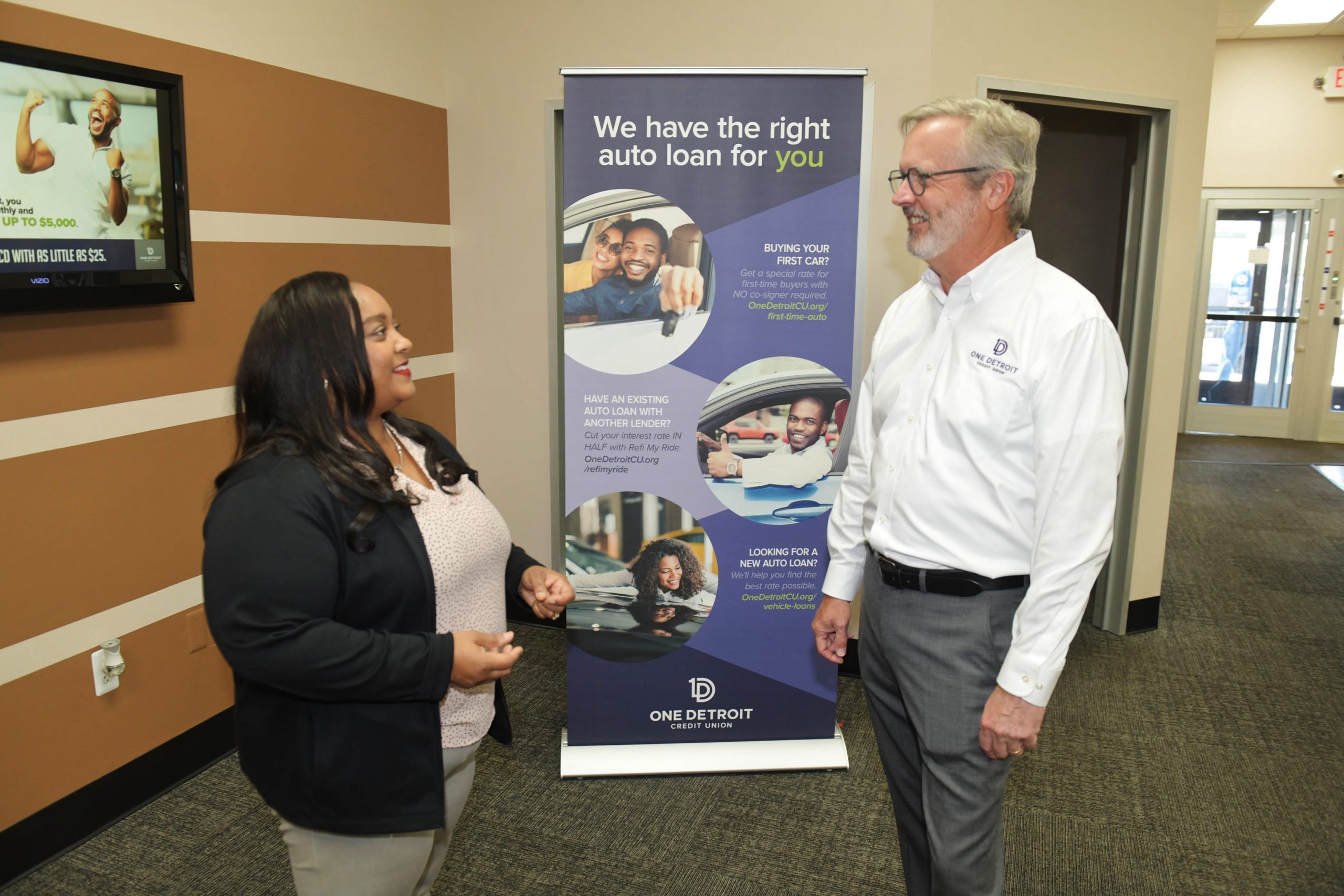 Catherine had many questions, all of which the teller answered thoroughly and patiently. Eventually, she recommended that Catherine speak with a branch manager for a full rundown on all the products and services that One Detroit offered that might help her.

When the branch manager reviewed Catherine’s case, She was shocked. “Has anybody ever talked to you about consolidating your debt?” She asked. No one ever had. So the branch manager explained how One Detroit could potentially help her save thousands of dollars over the life of her loan. It seemed too good to be true. At the end of their meeting Catherine filled out several forms and was told that they would be in touch.

The call came just a few days later, and she had been approved. Catherine went from paying nearly $1000 a month to $320. “I was crying. I couldn’t believe it. I kept asking- are you sure? Are you sure?”

Prior to the loan consolidation, all Catherine was able to do was work to pay the bills. After One Detroit stepped in, Catherine started saving and making purchases that she had been holding off on for years. 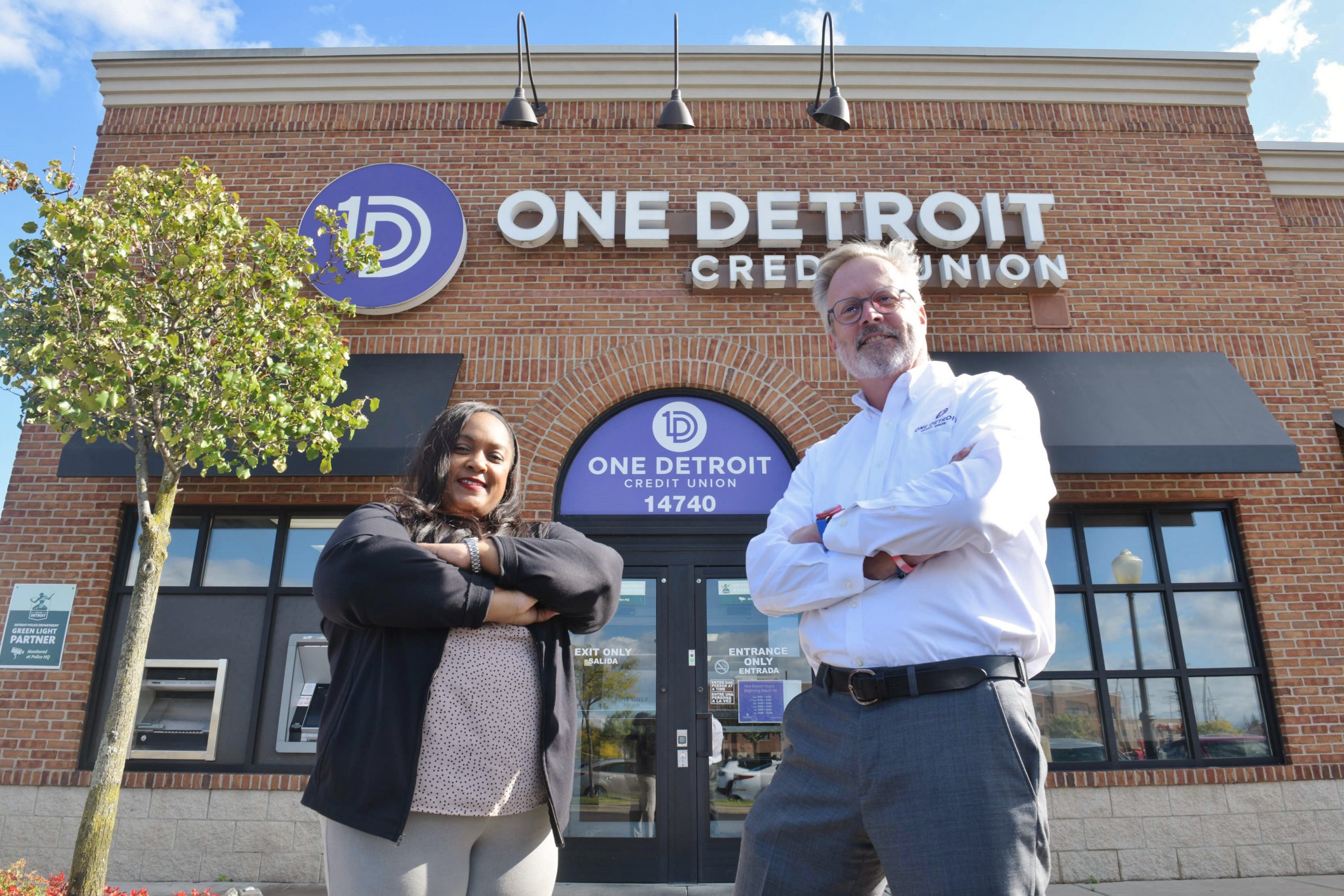 One Detroit Credit Union’s field of membership is the entire city of Detroit. In order to be responsive to the needs of all those potential members, the credit union begins with the problems that members most commonly face and then designs the products or services which will alleviate those problems.

For Sandy Waldrip, a lifelong Detroit resident and healthcare administrator, this philosophy ended up having a profound impact on her life. In 2018, Sandy lost her job due to an organizational restructuring and went from a six-figure salary to pulling unemployment. To make matters even more challenging, her mother got sick, and Sandy had to help take care of her for over a year. Payments fell behind, and Sandy’s credit score took a serious hit.

When Sandy was able to start looking for another job, she knew that she would need a new and reliable car. Her search was complicated, however, by soaring interest rates on all makes and models due to her lowered credit score. When she finally selected a car, it was the dealer himself who recommended that Sandy go to One Detroit, as he had heard they had a strong refinancing program.

Initially, Sandy applied for a consolidation loan. She was approved in a matter of days, and One Detroit suggested that she apply to Refi My Ride, their auto loan refinancing program. The program refinances auto loans at half of whatever interest rate the member is currently paying (sometimes over 20%) with the same term. For Sandy, that meant savings of $115 a month or $9000 over the life of her loan. 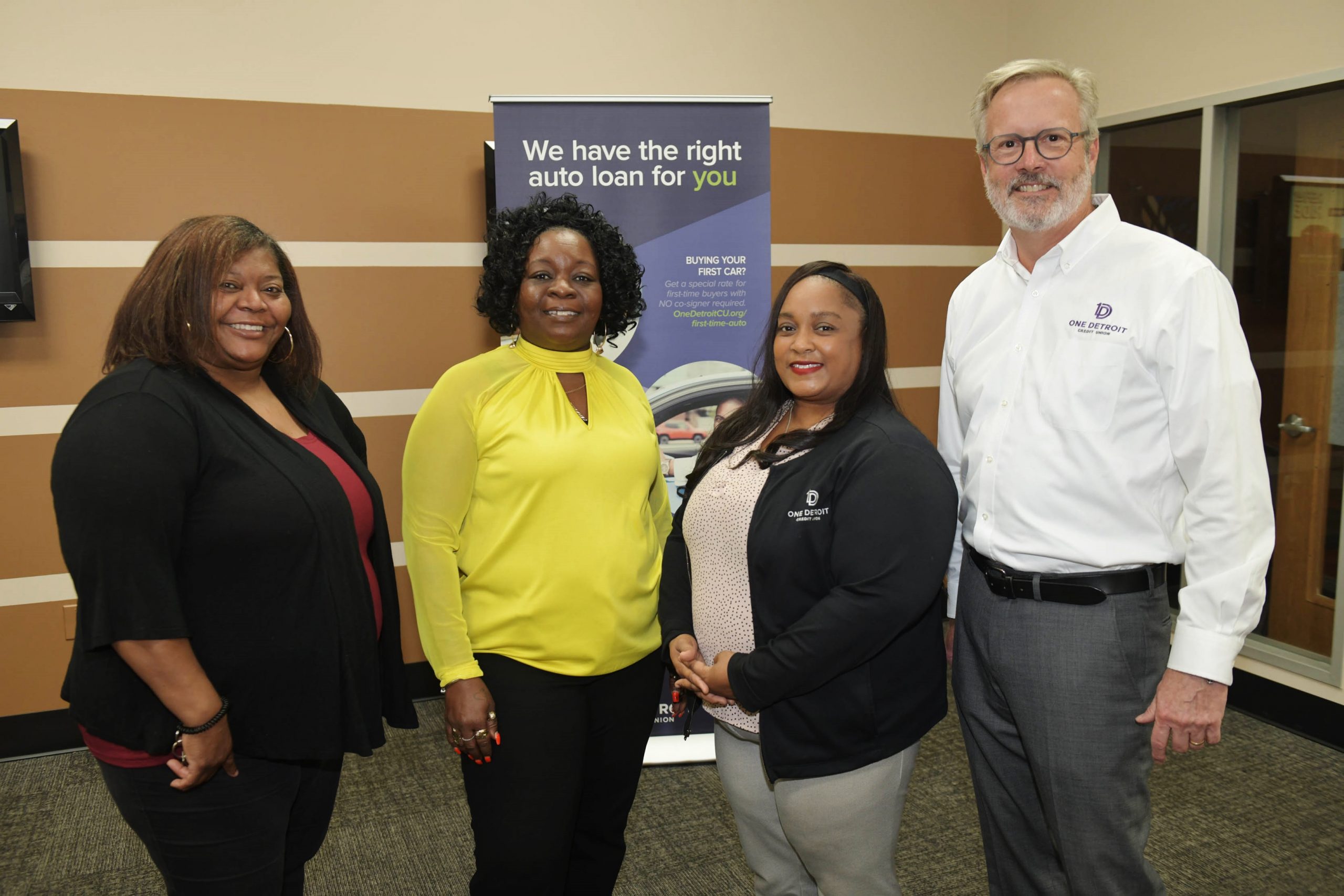 And while Sandy is grateful for her new car and the reduced rate she received, she is most appreciative that One Detroit Credit Union took the time to look at her whole story.

“People don’t understand that life happens. And while you would like to have perfect credit, sometimes things turn around and it just can’t happen. And I understand, some banks or credit unions won’t want to invest in you. But I appreciate the fact that One Detroit looked beyond just my credit score and gave me that second chance.”