Meet Michelle Corson, ‘The Car Lady’ Behind the CDFI That Gets Clients On the Road

Since she was a little girl in Texas, Michelle Corson has always loved cars, something that befuddled her parents. “It’s not like I was chauffeured around town or anything,” Michelle laughed. “My mom drove a Honda and my dad drove a Buick, and they were like ‘who are you and why do you like cars so much?’” Despite her inexplicable interest in automobiles, Michelle decided to pursue a career in finance, investing, and real estate development. However, after 25-plus years of carving out a successful path for herself in that world, Michelle had the epiphany that many 40-somethings experience: she wanted to do something different. 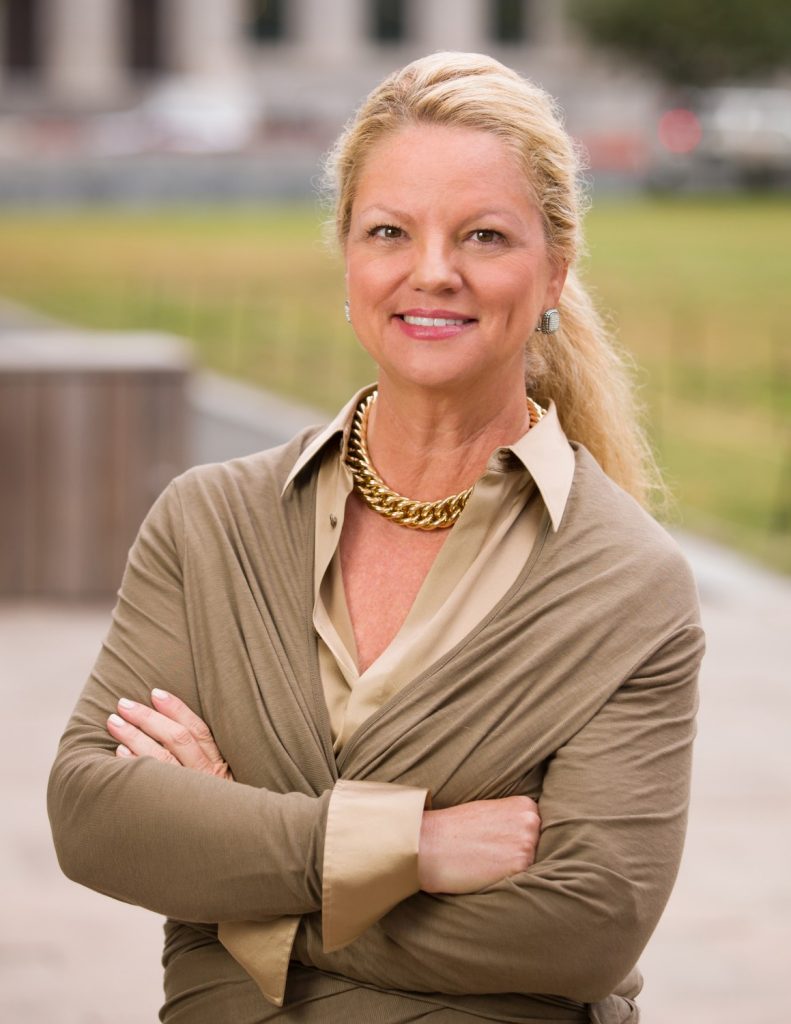 That something different turned out to be launching an impact investing company called Champion Impact Capital in 2011. According to Michelle, she’d read an article earlier that year about impact investing, and she thought the idea of leveraging investment capital to solve problems was brilliant. With that, she began to look at issues that could be addressed using creative finance, which brought her full circle back to her childhood obsession: cars. Through her initial research in 2012, Michelle discovered that no one was working on transportation, despite the fact that having access to a personal vehicle provides people with better access to food, healthcare, education, and employment options.

The statistics were eye-opening. Michelle learned that, on average, it takes people five times longer to get anywhere on mass transit than it does in a car in the United States. Similarly, according to an Urban Institute study, unreliable transportation is the number one reason for people losing their jobs. Additionally, people who have their own car are twice as likely to get a good job and four times as likely to keep it as someone without a vehicle. Michelle learned so much about mass transit that she wrote a book on the subject so that she could share her findings with others. “I think that sometimes we focus on the wrong things when we’re trying to solve problems,” Michelle said. “We’re so focused on the end, that we make things unnecessarily hard when it can just be a simple, practical solution.” 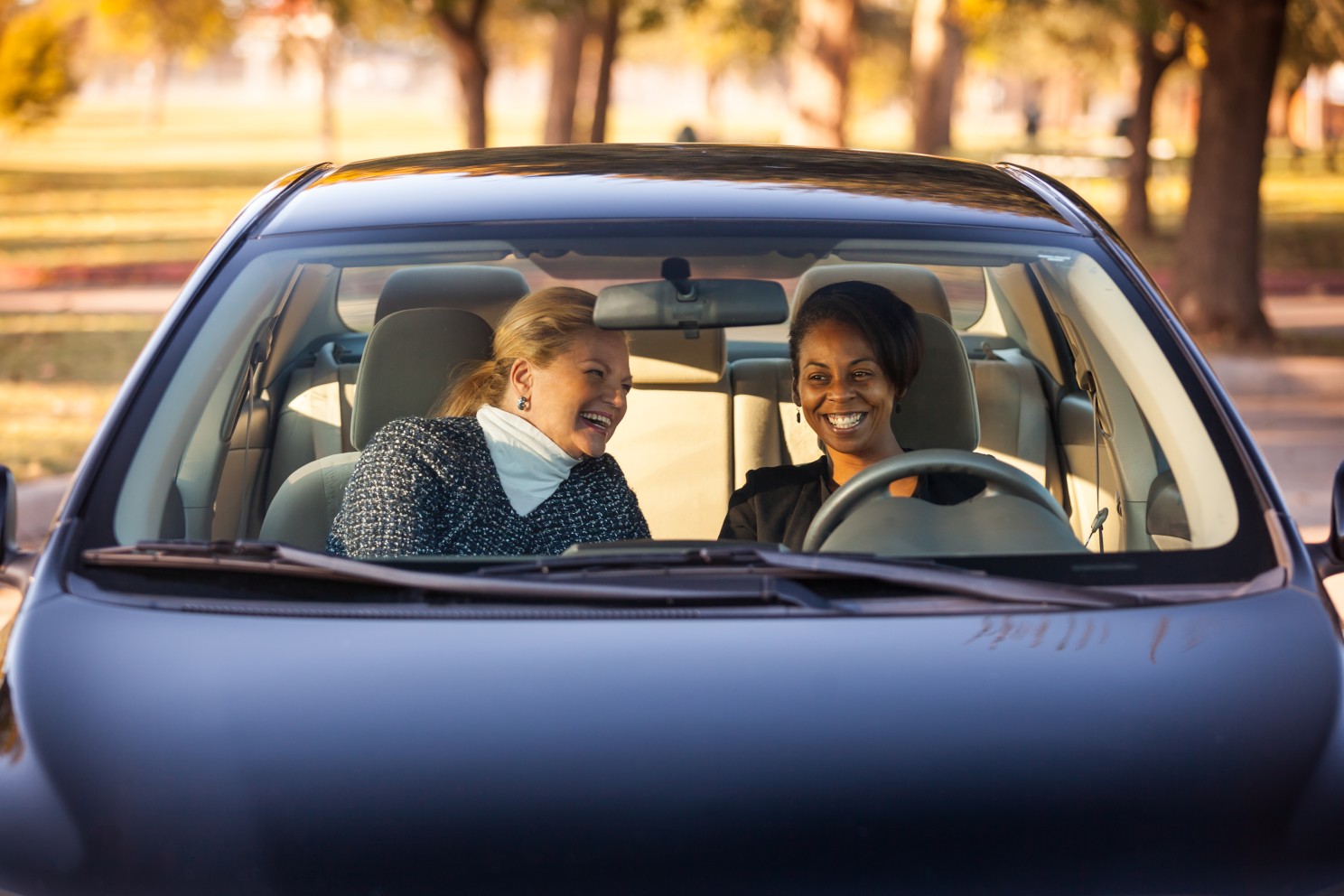 Michelle Corson at a client car delivery. Photo Credit: On The Road Lending

With that practical-solution mindset, Michelle launched On the Road Lending in March 2013, which seeks to get affordable, fuel-efficient, and safe cars into the hands of people who don’t have them, freeing them from things like unreliable or nonexistent mass transit, broken down cars, predatory buy-here-pay-here salesmen, and their own two feet. Michelle quickly earned herself the nickname “The Car Lady,” which she couldn’t find more fitting. “I love cars,” she said, “and I love getting people on the road to a much better life. Cars change everything for people who don’t have them.”

Over the past 10 years, with Michelle behind the wheel, On the Road Lending has gone on to become an officially designated Community Development Financial Institution (CDFI), thus cementing the organization’s mission to strengthen communities. Unsurprisingly, because On the Road Lending’s clients are transportation challenged, Michelle and her team do everything online, including reviewing and signing loan documents. To date, the organization has expanded its footprint to four states to include Texas, Alabama, Georgia, and Mississippi. While Michelle says that client acquisition is the hardest part of her business, she and her team are focused on forging more partnerships with trusted intermediaries like social service agencies, employers, and churches who can help assuage the fears of those who’ve previously fallen victim to predatory lenders and who’ve developed an understandable wariness toward anyone who says “we’ll cut your car payment in half.”

Despite those hurdles, Michelle is confident that On the Road Lending is connecting with the right clients: more than 90% of On the Road Lending’s clients are people of color, and 65% of its clients are single Black mothers. On average, the CDFI’s clients have an average credit score of roughly 500, meaning that the interest rate for most of its clients for a car loan would typically be between 21% and 28% on a car loan. However, because On the Road Lending takes a holistic, character-based lending approach instead of relying on credit scores, it’s able to offer clients a flat interest rate of 9.75% for all of its loans, which cuts monthly payments from $700 to about $350. Compared to predatory lenders’ average default rate of roughly 30%, On the Road Lending’s default rate hovers around 3%. “With a client-equity-focused mindset, we start from an assumption that people are going to succeed instead of that they’re going to fail,” Michelle said. “Banks and traditional lenders don’t do that, but if they did, that would be a game changer for our economy.” 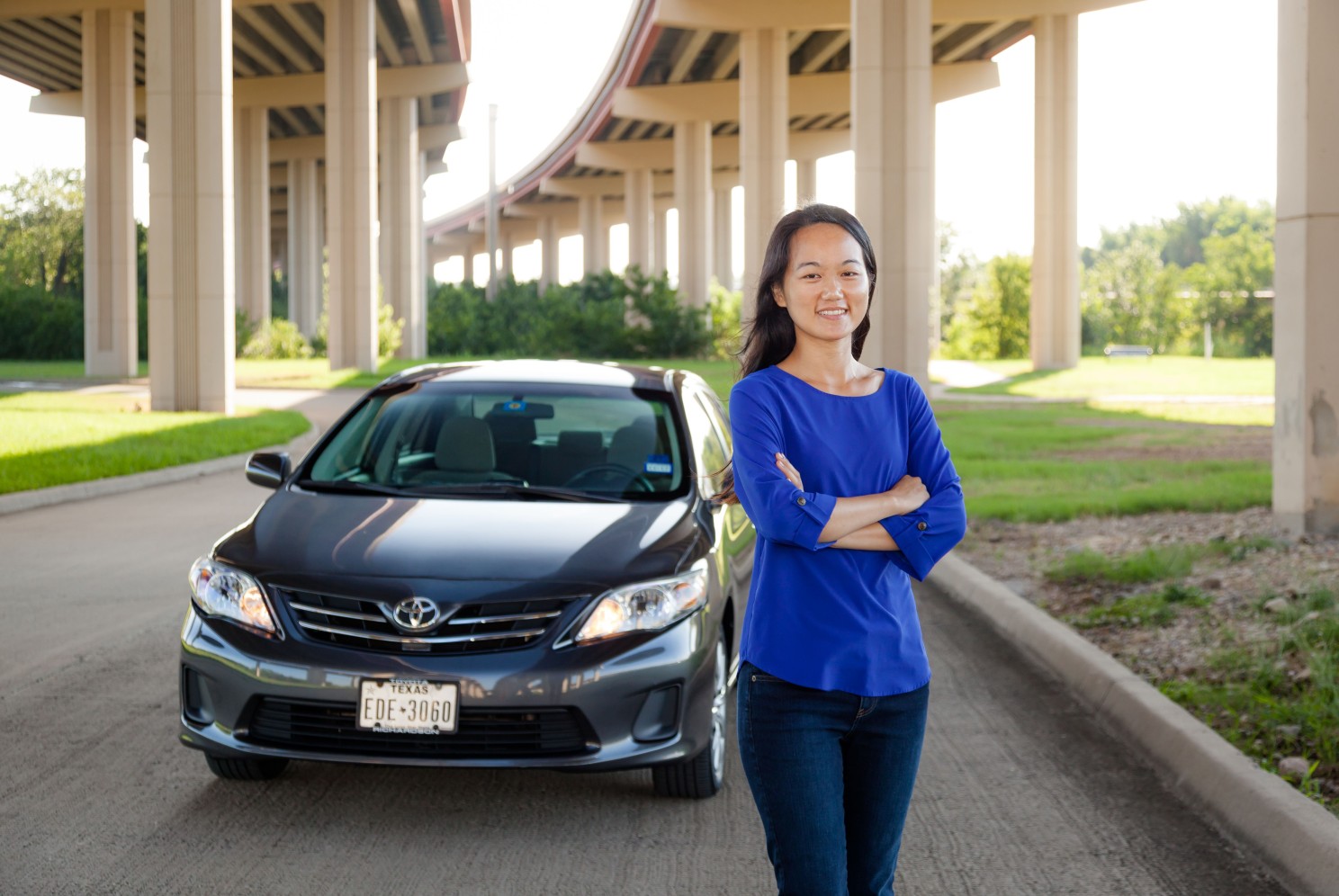 Besides reasonable loan terms, compassion, and flexibility, there’s another reason why Michelle refers to On The Road Lending as a “second-chance factory:” clients are paired with financial coaches who work with them on an ongoing basis. These remote, judgement-free consultations are complemented by online financial literacy classes that every client has to take. According to Michelle, the overall goal is to help clients distinguish between financial needs and wants and to be able to understand how to make important financial decisions in the future, whether that’s purchasing a home or going to college.

A Green Light to Grow

On the Road Lending has come a long way since making 16 loans in its first year; according to Michelle, the CDFI has been asked to expand into almost every state in the country, including localized requests from cities like New York City, Chicago, and San Francisco that have robust mass transit systems yet see the value that On the Road Lending could bring to their communities. Given the seemingly limitless potential, Michelle and her team are being very conscientious about their growth, with plans in place to be in 10 states by the end of this year.“We’re trying to think about markets that tend to be overlooked,” Michelle said, “and that tends to be driven by partners that want to bring us pretty heavily into a certain market.” 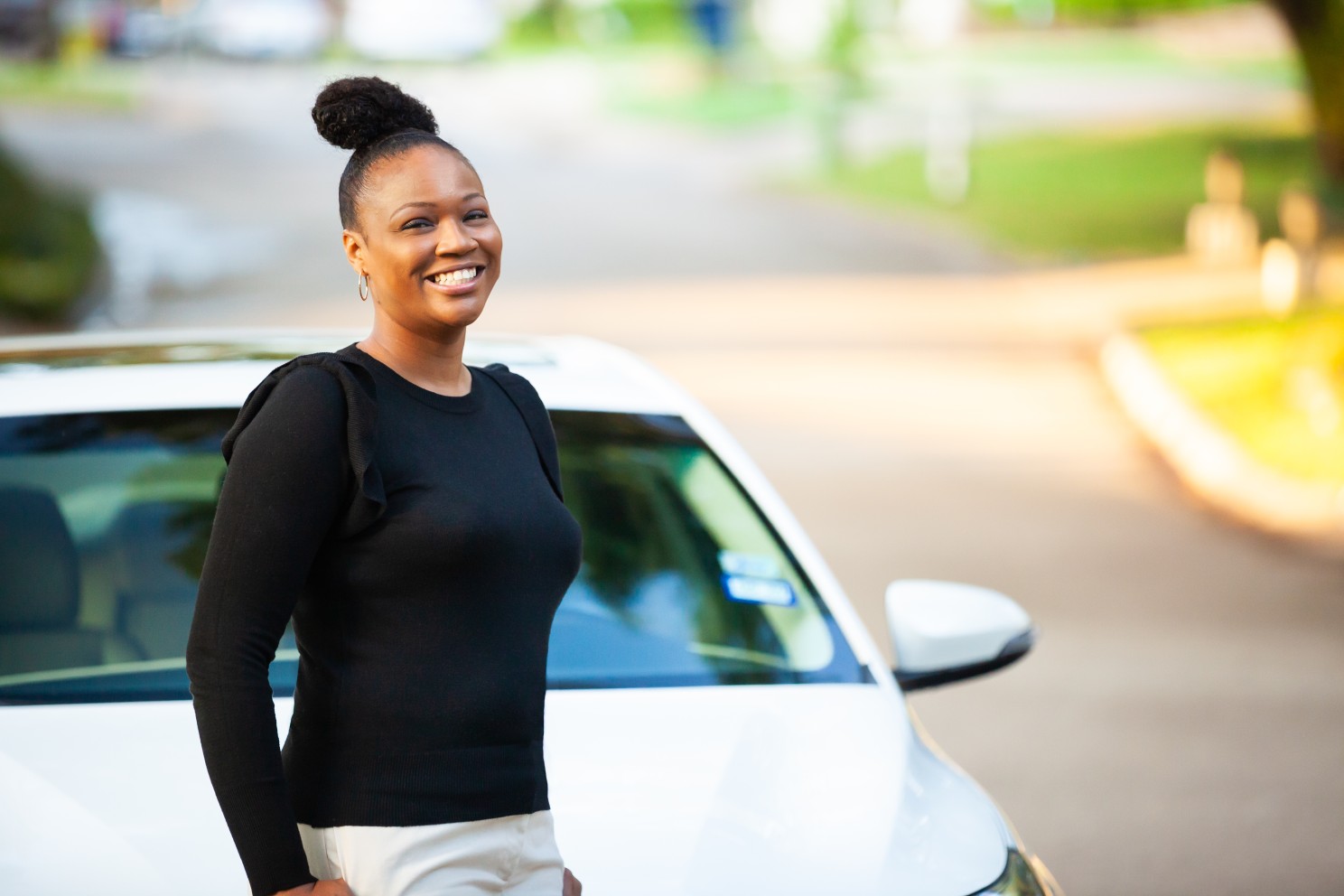 Incredibly, On the Road Lending is just one of eight entities under Champion Impact Capital’s umbrella, meaning that the CDFI’s daily operations and scalability challenges represent only a fraction of Michelle’s day-to-day workload. Another entity under Michelle’s domain is On the Road Garage, a business that trains skilled technicians to do commercial collision repair for insurance companies. Currently, On the Road Garage has five registered apprenticeship programs with the Department of Labor; however, Michelle is confident that that number will grow in the coming months, fueled in part by partnerships with major corporations to work on their vans. “Without a four-year degree, these technicians can make $150,000 a year working on cars,” she said. “This is real life-changing money for people, and we’re teaching them the business so that they can go on once they’re done with us and have really great opportunities everywhere.”

Michelle is fortunate that within each of her business entities, she’s surrounded herself with incredible colleagues who match her passion, mile for mile. Although the individual business endeavors differ, they’re in many ways complementary to each other, as each focuses on a different aspect of the same overarching objective: to create a vertical integration strategy that brings down transportation costs across the value chain to make transportation more accessible and affordable for everyone. “We want to build prosperity and remove transportation barriers for people,” Michelle said. “We are busy, but we’re all very committed to the mission, and we love what we do. We’re very lucky for that.” 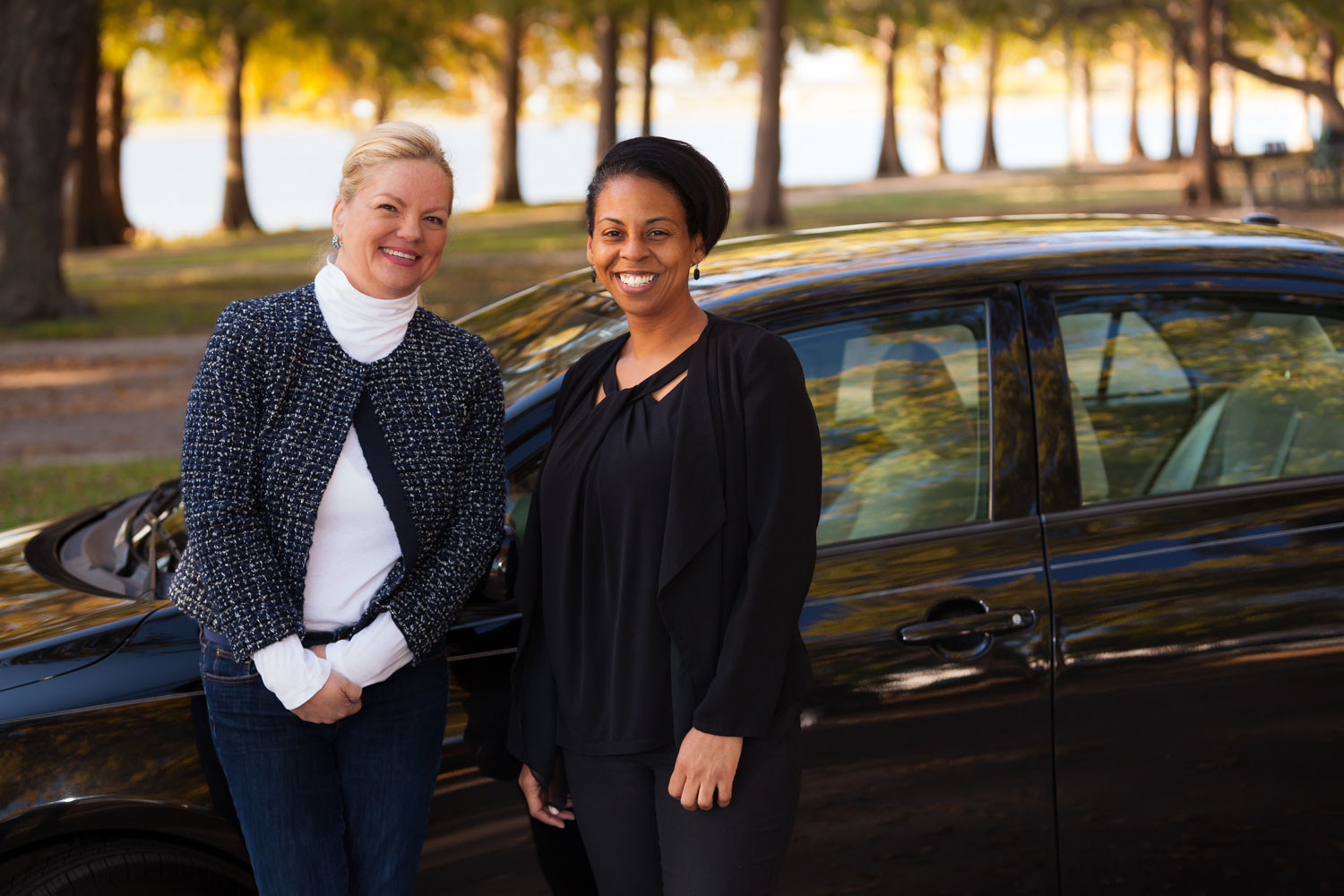 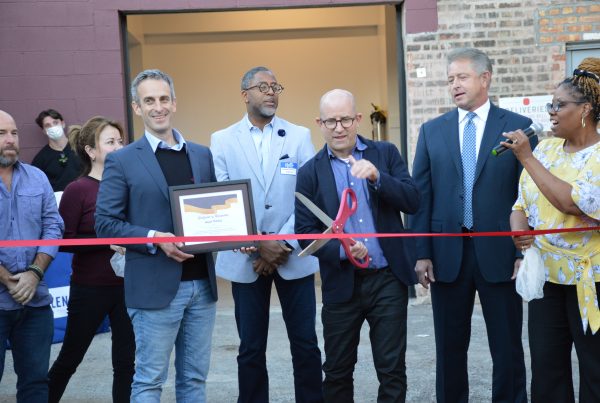