Margaret Jones grew up and went to school in Camden, Maine; however, that didn’t make things any easier for her when she moved back to the idyllic town of her youth after 30 years of being away.

Although Camden is a town of less than 5,000 people, it is a well-known summer colony in Maine’s mid-coast and the town’s population more than triples during the summer months due to tourists and wealthy out-of-state summer residents who come to enjoy Maine’s scenic coastline.

“When I finally had the opportunity to come back,” Margaret said, “I couldn’t afford to buy here. I rented, but that was getting to be ridiculous.” 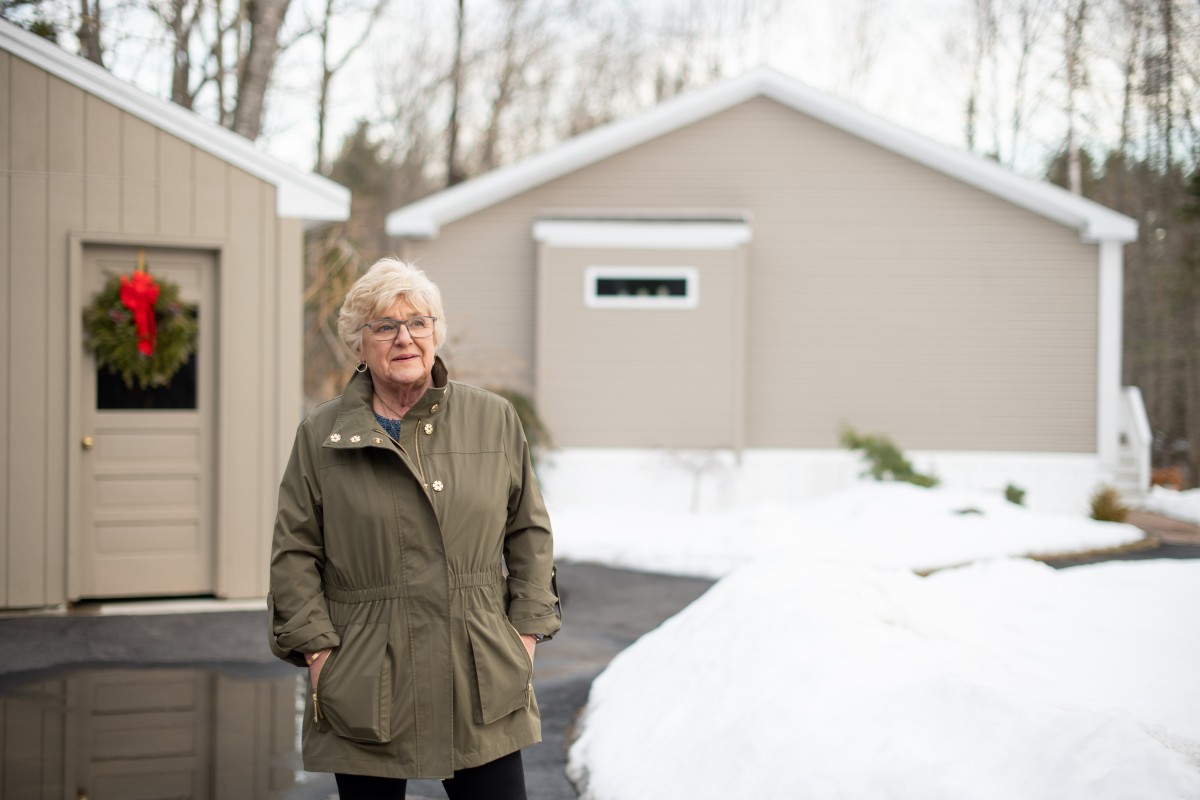 Margaret, President of Mountainside’s Board

Like many small towns and big cities across the country, home prices in Camden are increasing. Depending on which real estate website you look at, average home prices hover between $300,000 and $400,000, and a robust short-term vacation rental industry continues to drive up rents. For people like Margaret, there are few — if any — truly affordable housing options left.

Therefore, like approximately 22 million other Americans, Margaret decided to buy a manufactured home. Given that median-priced homes are unaffordable for average wage workers in roughly three quarters of the country, the number of Americans relying on these prefabricated homes is expected to increase, especially with young people, older individuals on fixed incomes, and renters.

When Margaret bought her home four years ago, she was fortunate to find a plot to rent in Mountainside Park, one of two manufactured housing communities in Camden. She loved living in Mountainside, and she appreciated how her neighbors took care of their yards and how the property owner treated the park’s 52 renters. However, all of that changed last August, when Margaret received a letter from Mountainside’s owner informing her that he and his wife were retiring. “There was a lot of nervousness,” Margaret recalled.

She had good reason to be worried. That’s because big investors are gobbling up manufactured home parks across the country. 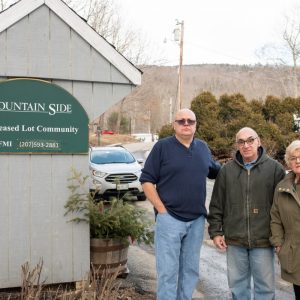 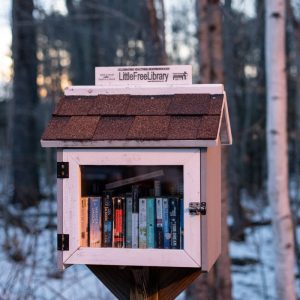 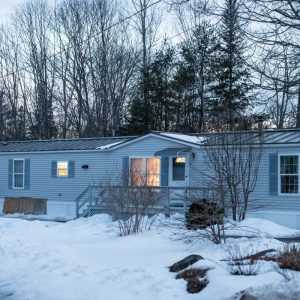 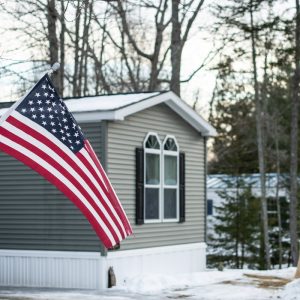 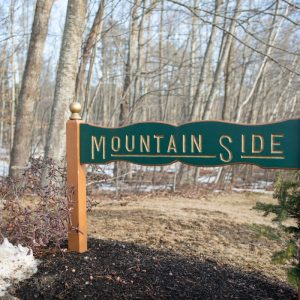 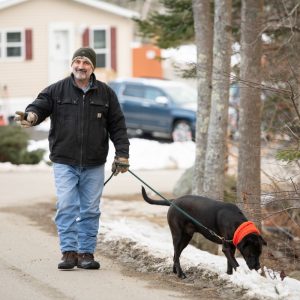 As the Financial Times reports, manufactured home parks are enticing to investors because they offer a reliable annual rate of return: usually 4% or higher. However, these profit-driven investors, typically based out of state or overseas, rarely care about those living in these long-established communities. Some investors either dramatically increase rents or they evict renters and redevelop the land. Either scenario is a nightmare situation for individuals like Margaret who live on a fixed income.

Because it costs tens of thousands of dollars to move one of these manufactured homes, most residents can’t afford to transport their homes elsewhere. However, staying put after the property changes hands means having to pay more and more on rent, even as the state of the community deteriorates due to lack of regular maintenance, oversight, and upkeep. Sadly, in some cases, people who can’t afford to transport their manufactured homes and who can’t keep up with rising rents are forced to abandon their homes, because the land beneath is too expensive to stay.

That’s why Margaret was so nervous when she learned that Mountainside’s owner was looking to sell — she owned her home, but she didn’t own the land underneath her. Therefore, Margaret’s future at Mountainside, not to mention her very financial wellbeing, hinged on what was about to happen next.

Jeanee Wright knows this story all too well. She’s the cooperative development specialist at the Cooperative Development Institute’s (CDI) New England Resident Owned Communities (NEROC) program. Through its ROC Program, CDI helps owners of manufactured homes to preserve and protect their homes by helping these communities purchase and secure the rights to the land. 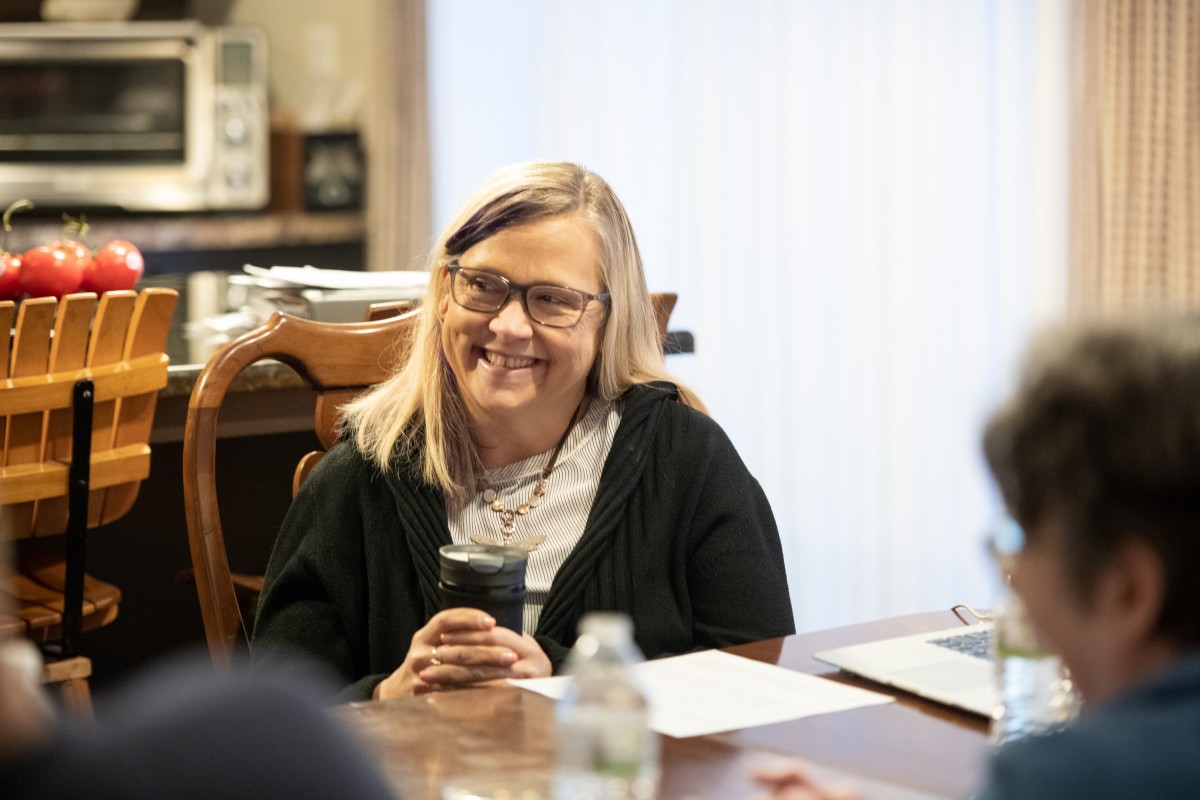 Jeanee of CDI pictured at Mountainside Board Meeting

Jeanee’s work is centered around communities in Maine, so she was already familiar with Mountainside Park even before she heard that the owner was looking to sell. In early 2019, she worked with a nearby manufactured home park in Arundel. There, she also helped organize the residents to purchase their park leading to a similar positive outcome. 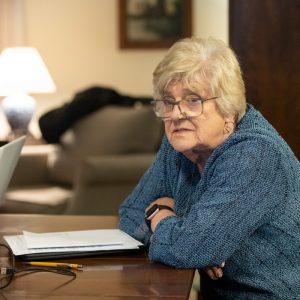 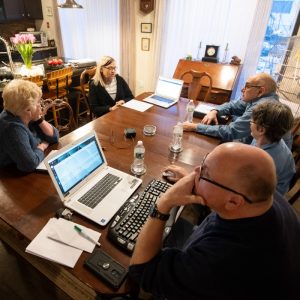 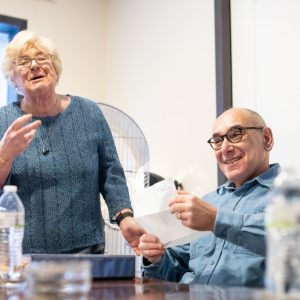 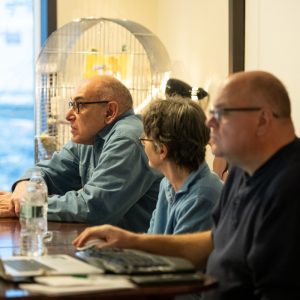 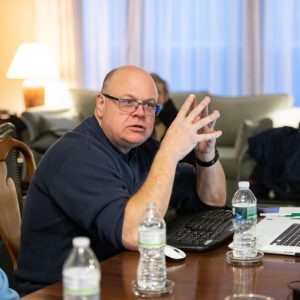 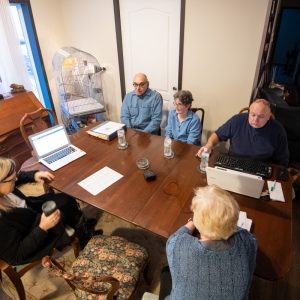 “The reason the Genesis Fund and CDI got involved is because Mountainside’s owner was familiar with the Genesis Fund’s work,” Jeanee said. “He wasn’t sure exactly how the model worked, but he liked it, and he was interested in it. Once he reached out, we brought everybody else to the table.”

Financing from CDFIs like the Genesis Fund is often essential to making these deals work, because traditional banks may be hesitant to finance an inexperienced member-owned cooperative making such a large purchase.

But Liza Fleming-Ives, Executive Director of the Genesis Fund, says this type of financing is central to their mission. “The Genesis Fund actively seeks out opportunities to invest in Maine communities and ensure that they are accessible to members at all income levels. The Genesis Fund exists to go where others won’t and meet the needs of underserved communities.”

Now named Mountainside Community Cooperative, the strictly 55-and-over community operates the park. More importantly, they own the land. Better yet, because rents in resident-owned communities are proven to remain stable, residents have the comfort knowing that they’ll never be forced out because of redevelopment, evictions, or rent spikes. They literally have a vote on what direction their community is headed.

Because many of Mountainside’s inhabitants were content prior to the formation of the cooperative, they didn’t want things to change. As Jeanee put it, “they wanted to keep on loving where they lived.”

It turns out, the only changes have been for the better. 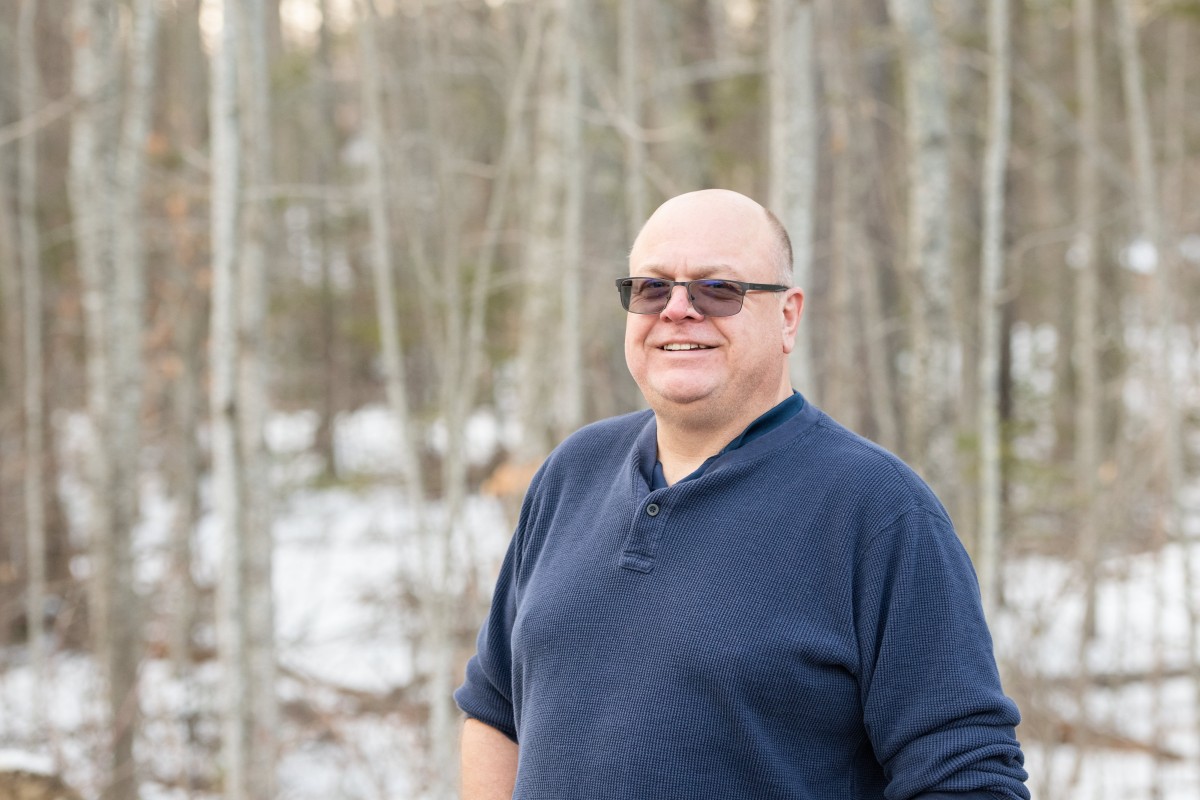 Paul Harding moved into Mountainside last summer, just a few weeks before receiving the letter telling him that the property was going to be sold. Paul says that before the co-op was created, people barely spoke to each other. Today, he says, that’s a different story. “Now that we have a co-op, people know each other and communicate with one another. It’s a much better atmosphere. People are always reaching out to each other to see if they can help one another. It’s been very beneficial.”

Phil Amoroso, another resident, agrees. Like Margaret, he and his wife, Anne, live on a fixed income and were priced out of Camden’s housing market. Initially, he viewed the co-op as “a lesser of two evils.”

Phil & Anne outside their home

“When I heard that Mountainside’s owner was selling, I was disappointed, because I liked the way the park was being run,” he said. “But I knew we’d probably be a lot better off trying this co-op thing rather than taking a chance on somebody from outside coming in who could either raise rents outrageously or evict us so they could put in condos or houses. This was the only way we could do it.” 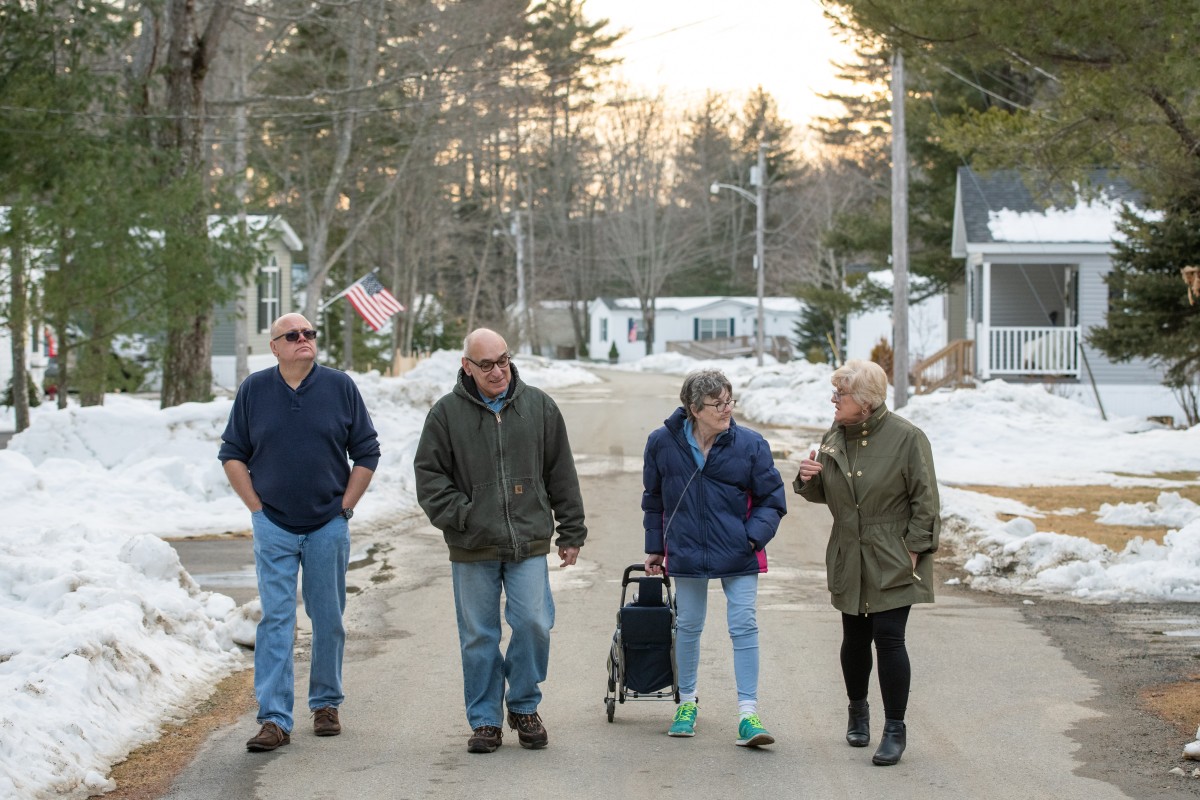 Phil said that over time, he’s warmed to the co-op model, and he’s happy with the outcome. He said that without Jeanee, it would have been “next to impossible” to have navigated the mechanics of it all. Margaret echoed his sentiments. “We’re grateful to The Genesis Fund for stepping in to help us make this possible.”

Jeanee, however, was quick to redirect all praise to every one of the involved stakeholders. “We use the same process time and time again,” she said. “That’s the value.”

“These folks would probably not be able to stay in Camden if it weren’t for this co-op,” she continued. “What they have created is not just long-term affordability, but many empowered people who live here and build community. Together, they’re building a beautiful community.” 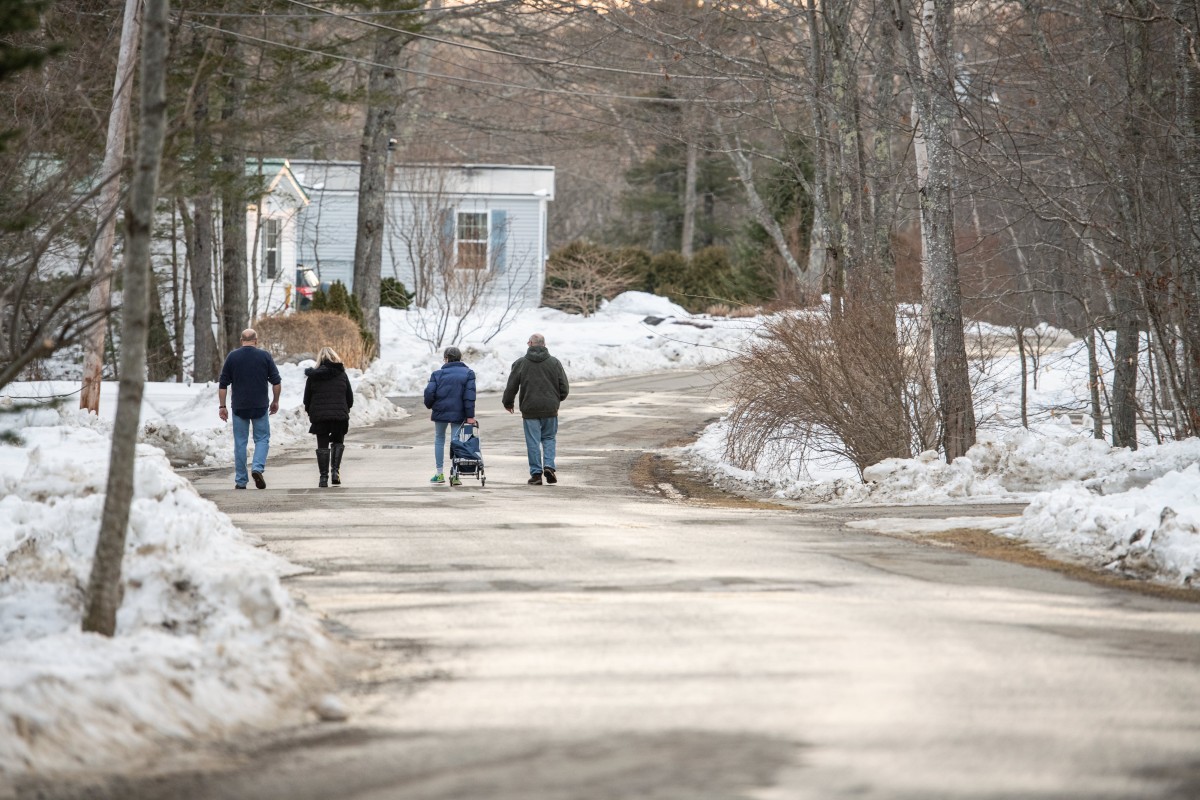