At CNote, we consider ourselves to be the CDFI industry’s biggest cheerleader. Then we met Montina Young.

When Montina was just 18 months old, her mother abandoned her. She was raised by an aunt, but she ended up homeless when she was 16 years old. Still, Montina managed to get her GED, and she hasn’t looked back since. Professionally, Montina has done a little bit of everything over the course of her career. While she studied education and worked as a teacher, she’s also had roles with the Boy Scouts of America and the country’s largest information technology financial company. 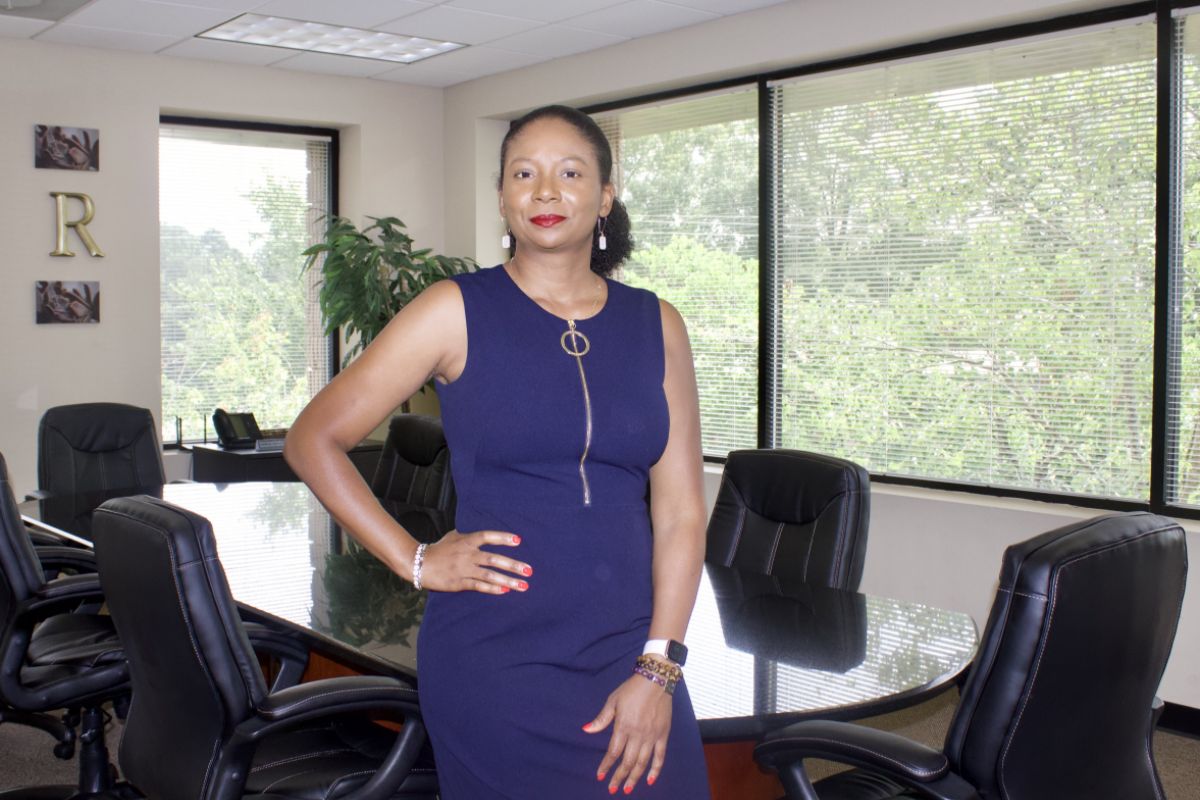 Montina is also somewhat of a serial entrepreneur — and a YouTube success story. While Montina was still working full-time, she launched an organic life products “side hustle” in her kitchen. Over time, she cultivated a following of 15,000 subscribers on YouTube; however, eventually, the venture ceased to bring her joy. “I kid with people and say it’s fun when you’re making five of something, but it’s not fun when you’re making 500,” she laughed.

Montina pivoted to producing video content for small business owners — still a very new concept back in 2013. She named her digital marketing company CIA Media Group, and in 2014, she decided to step away from her full-time job to make her six-figure-earning side hustle her main hustle. “I tell people don’t quit because you hate your boss,” she said. “You don’t have one boss as an entrepreneur. All of your clients are your bosses, so you really need to choose something that you’re not just passionate about, but something that can be profitable.” 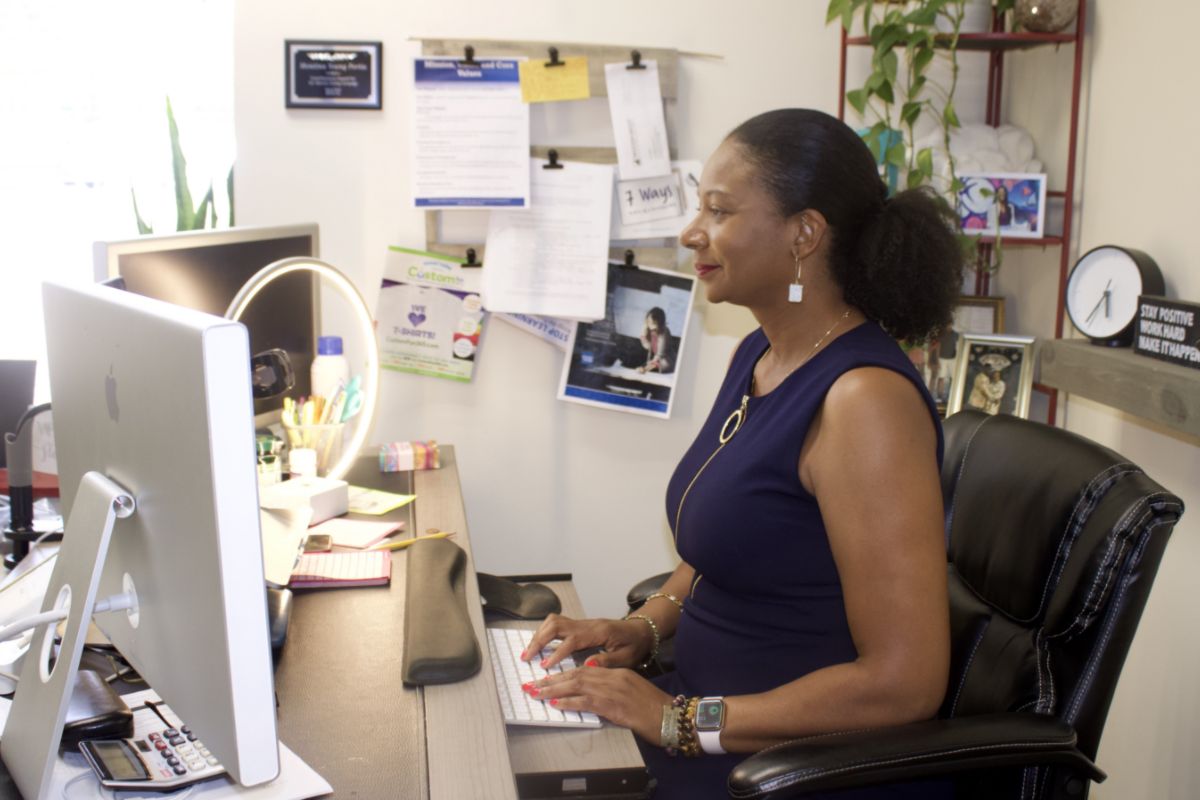 For Montina, her leap of faith paid off. She discovered that she really enjoyed working with lawyers, and she spent the next five years creating video content and doing digital marketing for legal industry clients — and making her first million dollars in revenue. Montina developed a recurring revenue model blueprint, where she and her team don’t just create one video for a client, but a series of videos that she calls a heat map, which includes highlighting the clients’ stories and thought leadership.

In 2018, CIA Media Group was certified as a minority-owned and women-owned business, and it expanded to work with Fortune 500 and Fortune 100 companies. Around that same time, Montina also began to accept government contracts to help other certified small business owners build and scale their businesses.

Back in 2015, business was booming for Montina, but she still needed some help. That’s when she established a relationship with both Access to Capital for Entrepreneurs (ACE) and LiftFund, two Community Development Financial Institutions (CDFIs) that support entrepreneurs in Georgia. CNote partners with CDFIs like ACE and LiftFund in communities across America, funding loans to small businesses, providing business coaching, and empowering local entrepreneurs like Montina.

According to Montina, over the past six years, ACE and LiftFund have helped to expand her business, hire employees, purchase video production equipment, repay debt, and have the cash necessary to cover employee healthcare. Like many small businesses, CIA Media Group often doesn’t receive payments from clients until 30, 60, or sometimes even 90 days after a project is completed. That means that Montina has to have enough cash on hand to carry payroll for two to three months at any given time. 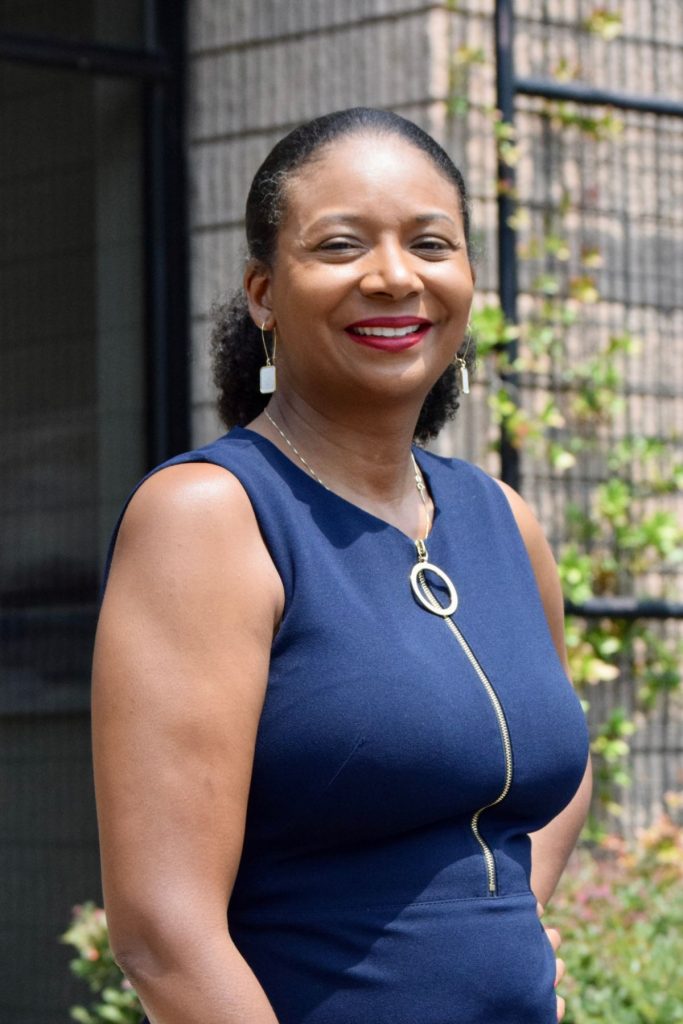 Montina also credits her CDFI partners with giving her the ability to read her cash flow statement, profit and loss statement, and balance sheet. Additionally, both CDFIs provided Montina with the support she needed to get her paperwork, her financials, and her business plan in order. For example, ACE helped to liaise (and sponsor) her relationship with a local bookkeeping company. “With ACE, we have a financial consultant that I meet with two hours every single month,” she said. “And because I understand my books, I’m confident. She helps me set my monthly goals and my goals for the year, and really, it gives me a sense of relief to have accountability partners that actually care.” 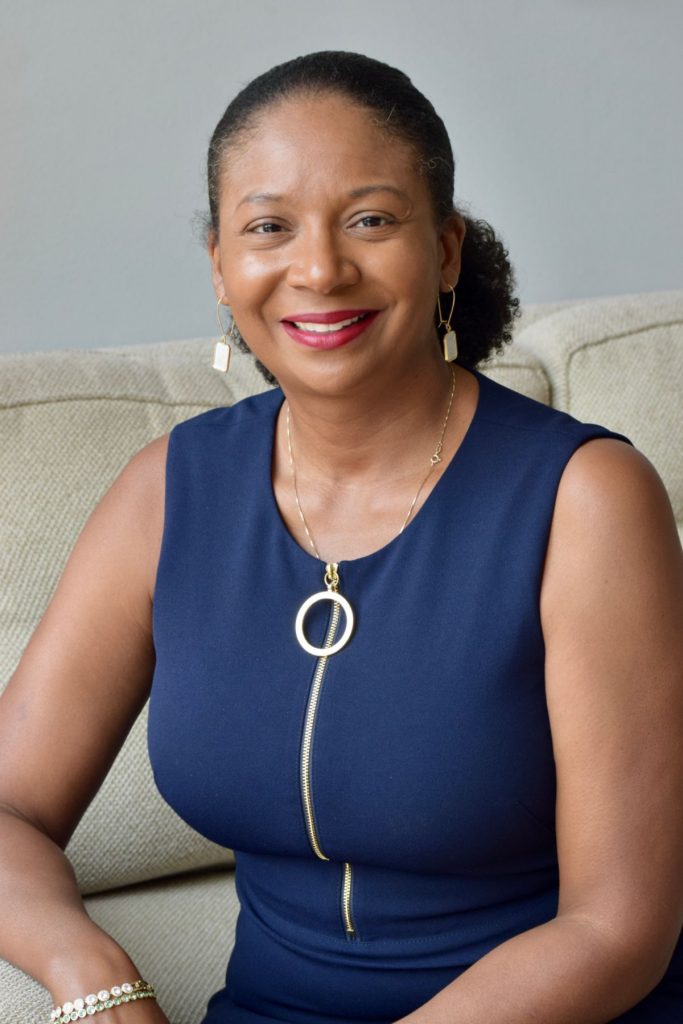 Montina has also taken advantage of the various educational workshops, professional gatherings, and speaking engagements offered by both CDFIs. She says that such opportunities are especially important for BIPOC and women entrepreneurs, who don’t often have mentors or family members who’ve owned and operated successful businesses. Those professional development and networking opportunities are just one of the many reasons that led Montina to become such a cheerleader — and advocate — for CDFIs. “I love, love, love, CDFIs,” she said. “CDFIs educate you about the loans you’re taking out, they look at your business plan, and they want to grow and scale with your business. They’re truly phenomenal.” 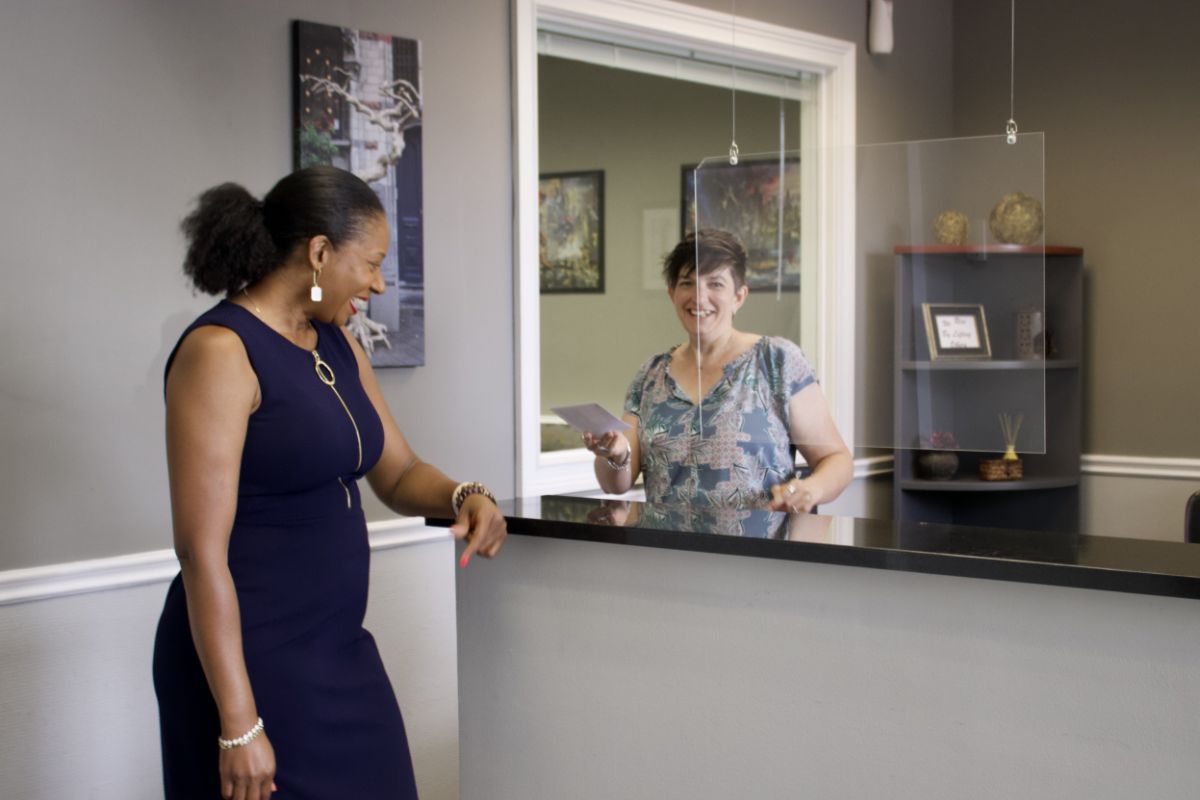 When the Mentee Becomes the Mentor

Given Montina’s positive experience partnering with Atlanta-based CDFIs, it should be no surprise that she does everything she can to help other small business owners succeed. She’s very active on LinkedIn, and she has a YouTube channel where she releases videos that provide information, guidance, and training for other entrepreneurs, free of charge. Those videos reach more than 40,000 subscribers. “I want to see women- and minority-owned businesses run profitable businesses,” she said. “I invest a lot of time mentoring, and I do my best to offer them the support that I can.”

Long-term, that’s the kind of work Montina sees herself doing: teaching entrepreneurs and helping them to leverage certifications (BIPOC-owned, women-owned, etc.) to create opportunities for their small businesses, such as landing a federal contract. She said that such contracts can be for $1 million, which carries the potential to transform an entire business. According to her, roughly 2% of women-owned businesses ever make seven figures in a single year of revenue, and that number hasn’t changed in almost 20 years. “A million dollar contract opportunity can literally change the trajectory of a woman’s entire business,” she said. 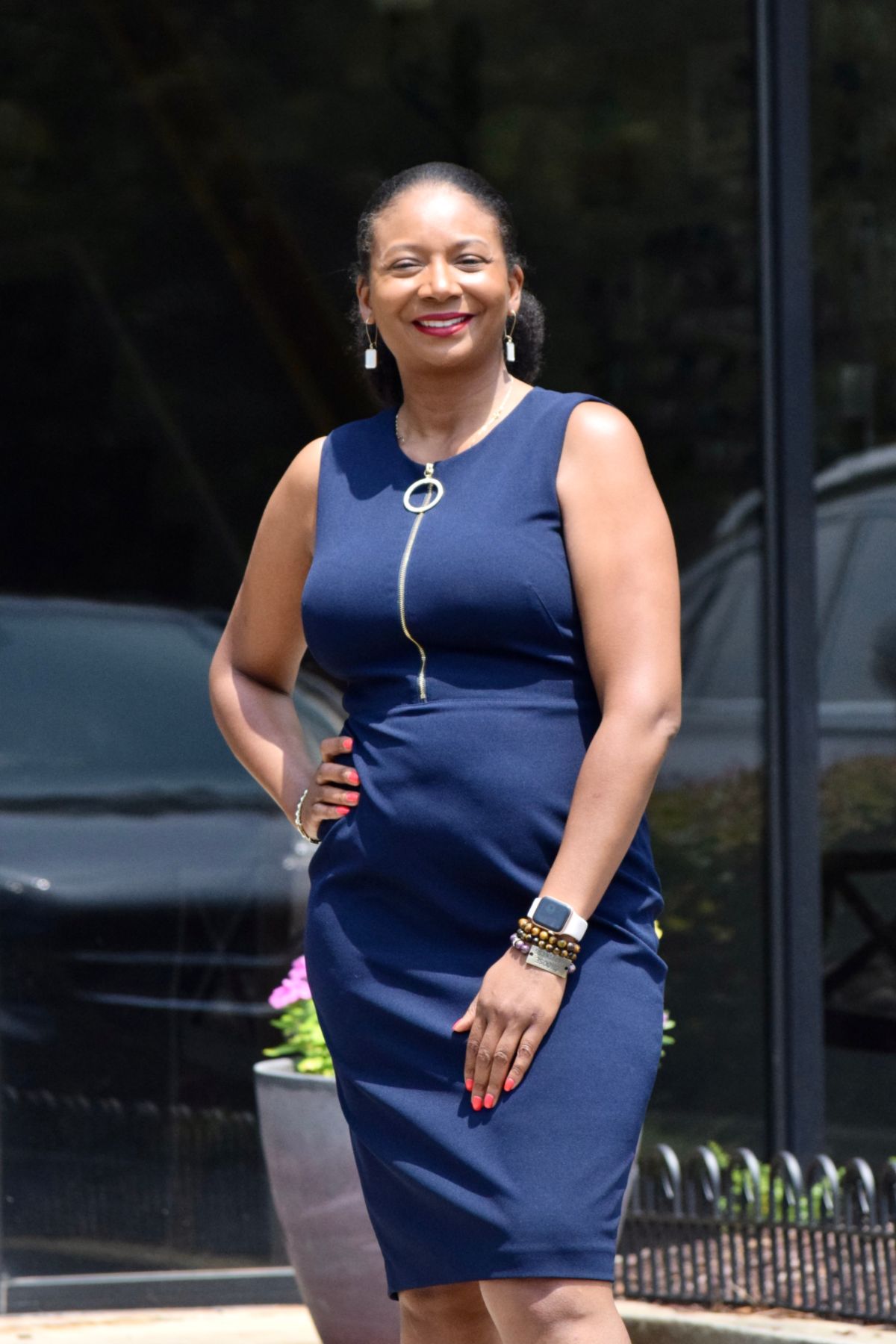 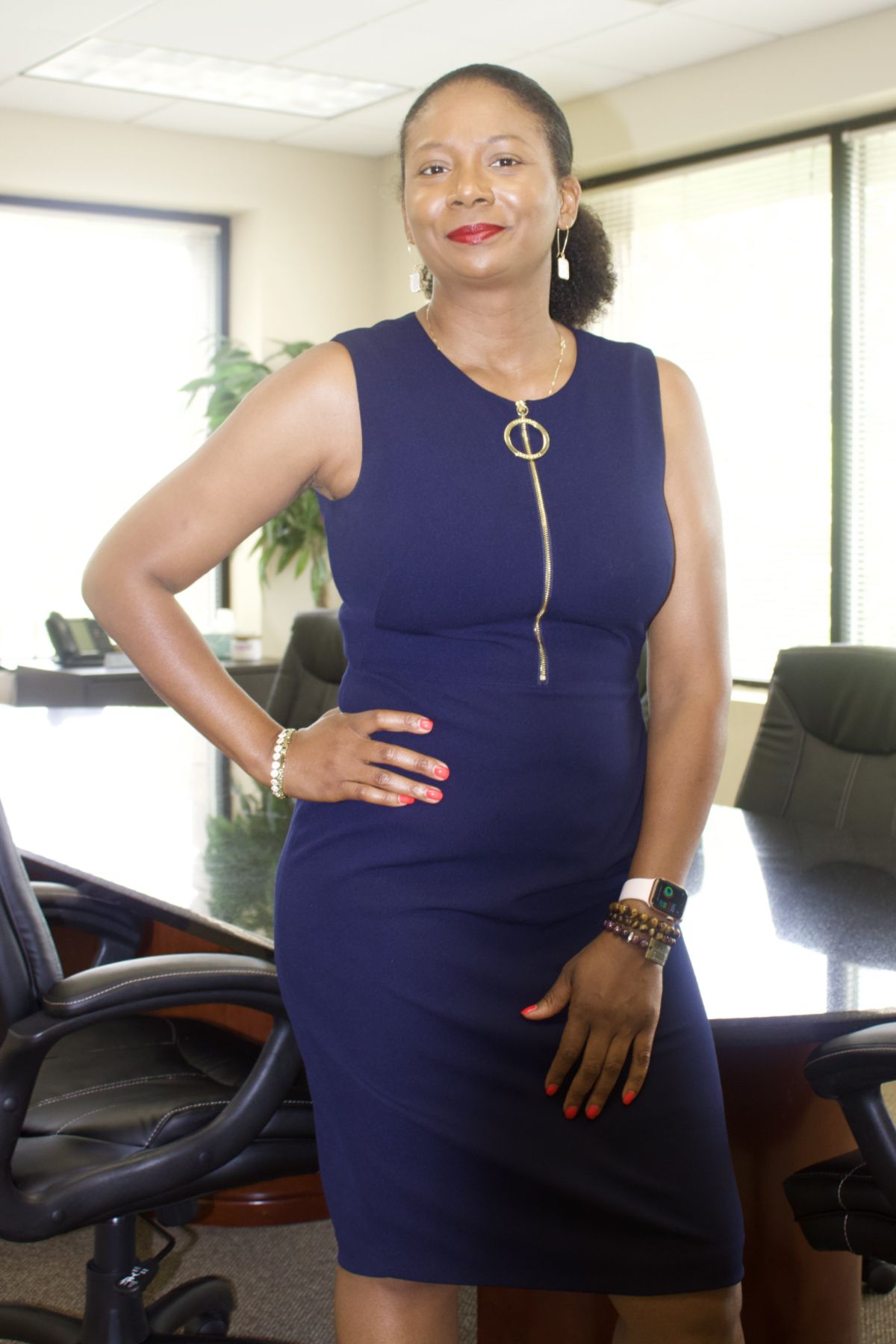 In that way, Montina’s current side hustle — maintaining her YouTube channel to support and mentor other entrepreneurs — and the work of CDFIs aren’t that different. Both are focused on advocating for, supporting, and unlocking doors for entrepreneurs so that BIPOC- and women-owned businesses can take their small businesses to the next level. “Having access to capital is transformative for a business,” she said, “but we don’t just need access, we must have access to mentorship and opportunities. I can tell you that, as a business, we’ve had opportunities because we are associated with these wonderful CDFIs.”