Impact Investors are increasingly adopting the United Nations Sustainable Development Goals (SDGs) as their own. This can involve mapping investments to specific SDGs or even more thorough strategic alignment through the design of financial products specifically for their achievement. However, there is still a lack of awareness across the financial sector, particularly in the United States, as to what the SDGs are and how Impact Investors should interact with them.

One thing for sure is that financing the United Nations Sustainable Development Goals (SDGs) will involve considerable investment across sectors. Uniquely, the Impact Investing industry has the potential to play a pivotal role in the process of achieving these ambitious goals. The following article seeks to clarify some of the key points about the SDGs and raise awareness in the field.

The 17 Sustainable Development Goals (SDGs) were adopted by all 193 UN Member States in 2015 as part of the 2030 Agenda for Sustainable Development. These goals were intended as an urgent call for action to solve the world’s greatest development challenges. Ranging from an end to poverty and reduced inequality to tackling climate change and preserving the world’s oceans and forests. Each goal has individual targets and indicators as a means to benchmark progress. To illustrate, Goal 1, No Poverty has five numbered targets. The first of those targets is that “By 2030, eradicate extreme poverty for all people everywhere, currently measured as people living on less than $1.25 a day.” These ambitious goals are aimed at driving sustained change that will dramatically improve the living conditions not just for humans, but many forms of life on the planet. 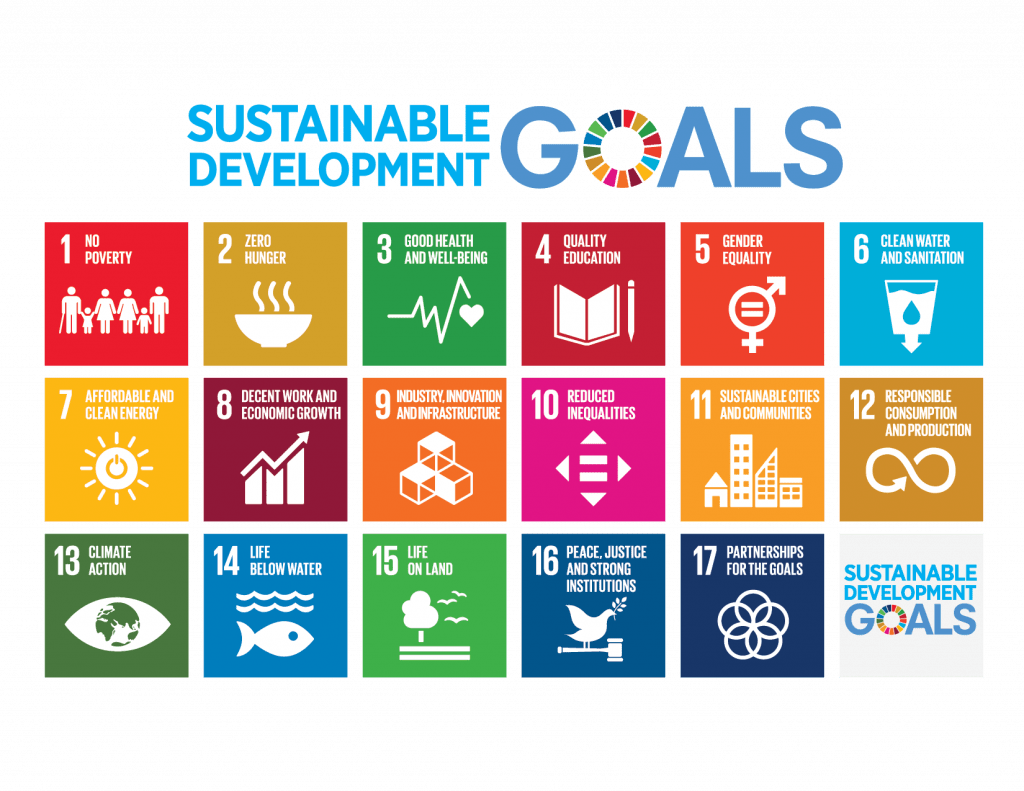 To realize the SDGs will take partnerships not just government, civil society, and business but also the financial industry. It is estimated that achieving the SDGs will take between US$5 to $7 trillion with a $2.5 trillion investment gap in developing countries. Private funding and impact investing hold significant potential to close this gap as investors can leverage large amounts of investment capital.

Mapping: The process of matching investment goals or outcomes to corresponding UN Sustainable Development Goals. For example, an investment project in a developing country that increases access to clean water for both domestic and commercial applications might be mapped to goals 3, 6, 9 and 10.

Many of the world’s most prominent financial institutions have begun to explore Impact Investing strategies, including Dutch pension fund PGGM and Swiss bank UBS. The Impact Investing industry is rapidly mapping their investment goals with the SDGs, aligning their strategic goals and shaping investment products designed to achieve them.

‘Investability’ of the SDGs

The ‘investability’ of the SDGs is a hotly debated topic, as they are widely thought to be designed primarily for use by governments. However, a 2016 report by ShareAction, UNPRI and the Baring Foundation found that 60 percent of institutional investors surveyed felt that “taking action to support the SDGs aligned with their fiduciary duties” and could “create opportunities for greater returns.” The top four SDGs identified by C-Change with the greatest potential to do this were Infrastructure (Goal 9), Economic Growth (Goal 8), Climate Change (Goal 13) and Sustainable Energy (Goal 7).

A report by UBS, In Challenge Lies Opportunity, links long term investment themes with corresponding SDGs calling out particularly investable areas such as waste management and recycling. Additionally, some Impact Investment firms, such as Dutch pension funds PGGM and APG, have rated the ‘investability’ of the SDGs and identified investment opportunities accordingly. Despite this, it is widely agreed upon that each SDG has varying levels of ‘investability’ and not all make for clearly competitive investment cases.

Impact Investing has the benefit of being targeted towards regions and sectors where traditional foreign direct investment has typically had difficulty reaching, for instance, frontier markets such as Africa or underserved communities in the United States. Additionally, these investments often target sectors that have experienced difficulties garnering investment historically, such as health and rural development. The SDGs are very focused on the improvement of these regions and sectors and so Impact Investment better aligns with the goals than traditional investment approaches.

The Dutch SDG Investing (SDGI) Agenda Report, argued that the SDGs offer a “simple and attractive entry point” for those investors not yet involved with SDG or Impact Investing from which they can build out their portfolios. Whilst the Global Impact Investing Network stated that  Impact Investors can use the SDGs to “refocus and re-energize their existing activity.”

Conversely, a Center for Global Development Report found that the Impact Investing marketplace is highly fragmented which makes coordination difficult and increases transaction costs. The speed of development and evolution of the field creates issues that inhibit co-financing and the sharing of due diligence, this reduces the attractiveness of investment. Additionally, the lack of market infrastructure and favorable regulation in a majority of the Impact Investing marketplace is a hindrance to its development and also the ability to support the achievement of the SDGs.

The primary issue in the marketplace is a lack of data to measure progress. Traditional investments rely on the ability to benchmark opportunities against industry standards. Without this data, it is difficult to attract traditional investors. As well as this, there is an inconsistency of metrics between funders, creating additional issues. The Dutch SDGI Report found that there has been a growing movement in the last few years of standard setting and data aggregation, including the adoption of big data methodologies, in the hopes of mainstreaming SDG investing.

Despite the numerous barriers to Impact Investing and the achievement of the SDGs there are many ways to overcome them. ShareAction recommended a number of these methods in their report, “Transforming the World” including; “making the goals relevant to investors, regulatory action, better company reporting and transparency, increased capacity for action amongst investors, demand from clients, support from other actors and tackling short-termism.”

Increased availability of evidence, data, metrics and benchmarks were also flagged as essential to overcoming these key barriers to SDG achievement. The EMPEA has suggested a step-by-step question approach to helping investors consider how they can more fully engage with the SDGs and conquer these barriers. 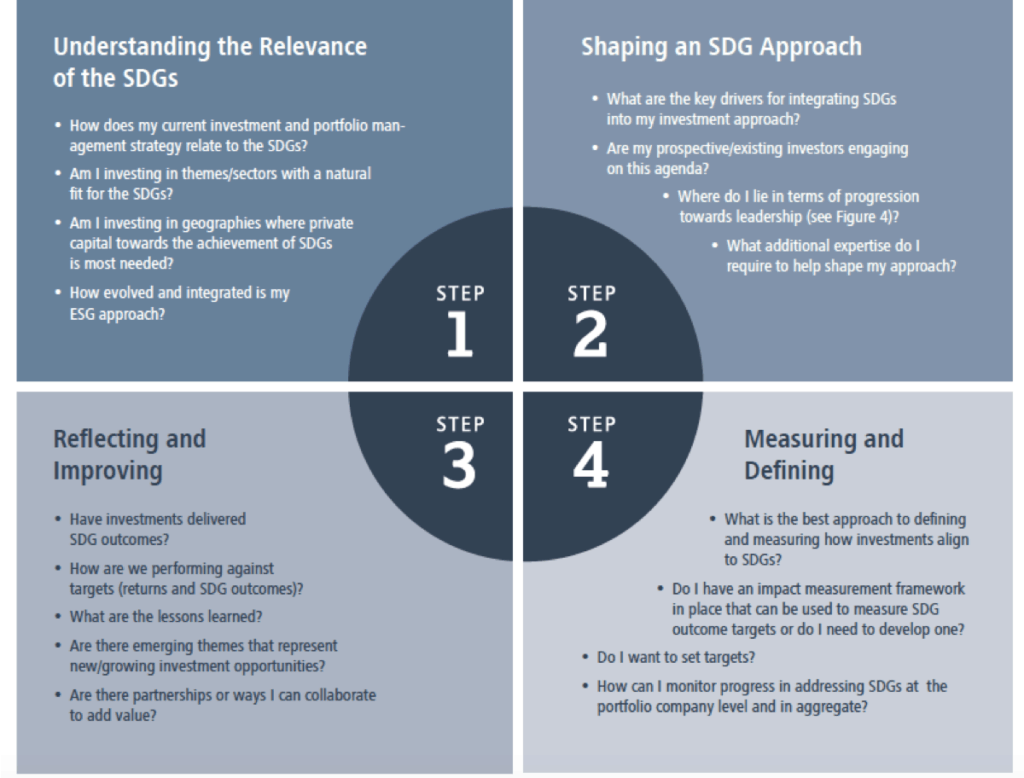 SDGs as a Common Language or Framework

The most important addition that the SDGs can bring to the Impact Investing industry is in the process of standardization. The United Nations Principles for Responsible Investment (UNPRI) considers the SDGs as, “the globally agreed sustainability framework”.  It is now general consensus in the industry that the SDGs are a good common framework or language through which to communicate the world’s greatest challenges. The SDGs can assist investors to understand, “the sustainability trends relevant to investment activity and their fiduciary duties.”

The prevalent question in the industry now is not whether to consider the SDGs but how to do so appropriately and meaningfully. There is increasing research into this process. Impact Management and Measurement organizations, such as the Impact Management Project and GIIN IRIS+, are working on this. However, this is a constantly evolving space with no “silver bullet” defined as of yet.

With such ambitious goals come challenges in achieving them and taking the extra step of linking them to investments and finding a clear way to measure success. Nonetheless, there has already been significant progress for individual goals and targets. Take for example the progress in regards to global poverty:

In 2016, just under 10 percent of the world’s workers were living with their families on less than $1.90 per person per day, down from 28 per cent in 2000. In the least developed countries, nearly 38 per cent of workers in 2016 were living below the poverty line.

As more and more resources get behind these goals from investors, public entities and private donors, the hope is that this framework can drive massive change to improve the lives of billions of people across the globe. How investors allocate resources in support of these goals has the potential to massively accelerate global progress. 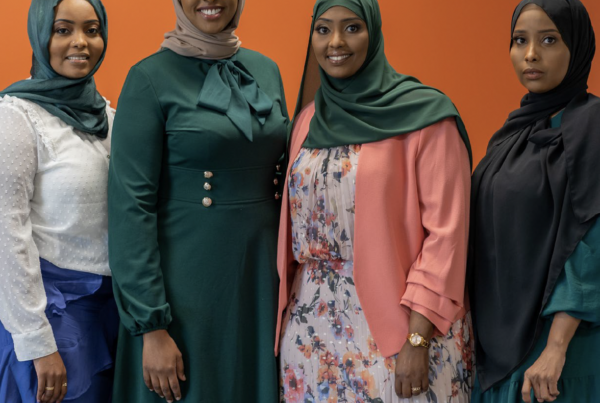 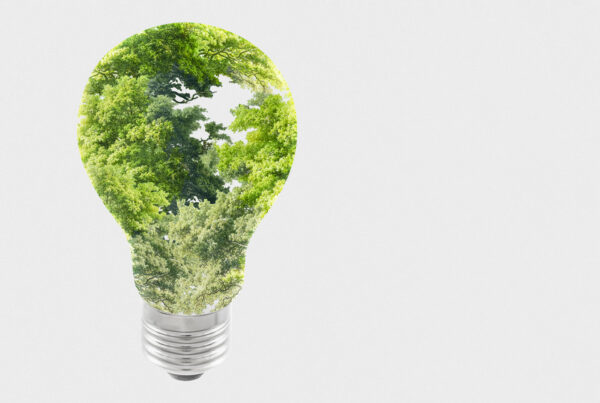 A Bright Future Ahead: Why Impact Investing Matters in 2023 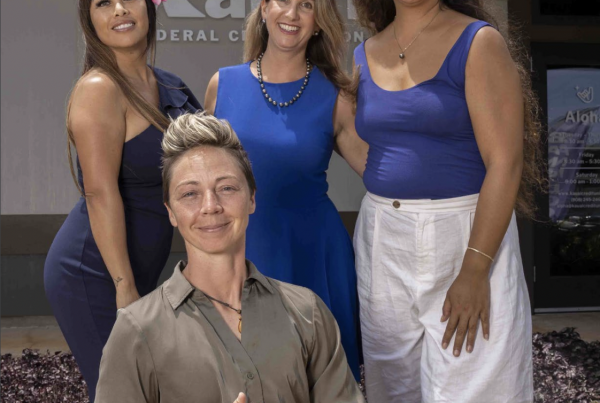