We don’t think of schools as small businesses in the traditional sense. But consider the private school. Like any small business, it is often forged from one person’s vision, supported by the time and intention of dedicated educators, and sustained by capital from both investors and students.

When all these things come together a community develops. Today, we feature Cambrian Academy, a school and small business that has built a community and had helped to shape both the academic and personal identities of its students, carrying them to college, and beyond.

I don’t want this school to just be better than other schools—I want Cambrian Academy to be in a league of its own. -David Delgado, Founder & Headmaster


Education has long been associated with social impact. And it’s true — there is nothing like a sound education to empower people to pursue their passions, thrive in their careers and lives, and even make a lasting contribution to society. A good education can be the foundation for a rewarding life. 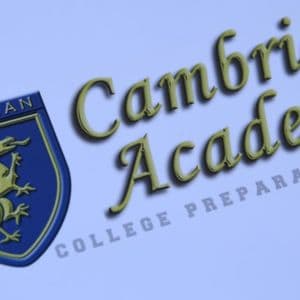 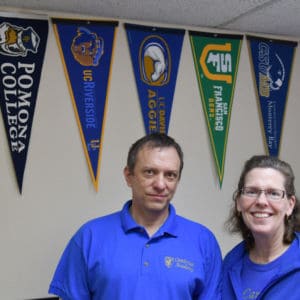 A College Preparatory Academy, that is focused on College

There’s an unwavering commitment to students that acts as the driving force behind Cambrian Academy. “I don’t want this school to just be better than other schools—I want Cambrian Academy to be in a league of its own,” writes founder and headmaster Dave Delgado in a statement on the school’s website.

Cambrian’s commitment to its students has made it a truly unique place to learn. Where else can you find a place of such academic rigor, yet also with a schedule option available to athletes that maintains a high academic bar while accommodating demanding training and competition schedules? Or where students are placed not solely by age, but by emotional maturity and aptitude?

Cambrian Academy: Decades in the Making

From the beginning, it was all about the high standards. Cambrian Academy was founded in 2008, when Mr. Delgado, who had been running others schools since 1991, finally decided to start his own. “I’ve seen so many college prep schools that weren’t really preparing students for college. They were just using that as a fancy name for their high school,” Mr. Delgado told us. He had the vision to establish a proper college prep school that would thoroughly equip students for higher education, both academically and personally.

With Cambrian Academy, that vision has become a reality. Today the school has a 110-student capacity, servicing grades 6 through 12, and 14 faculty members. Most importantly: 100% of its graduates make it to college — not only a flawless success rate but also a true testament to the academy’s effectiveness. To memorialize their students’ matriculations, the walls of Cambrian’s main administrative offices are adorned with a banner from each college a student has been admitted to; they also proudly post every admission letter which now overwhelms three large bulletin boards. 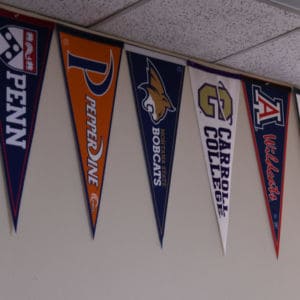 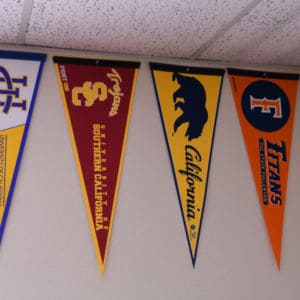 A college-oriented school, dedicated to excellence

If you peer into a classroom in Cambrian Academy, you’ll find it to be different from the typical picture of an American high-school classroom. Class size ranges anywhere from 4-12 students, making for an intimate educational setting where every student receives plenty of attention. Students aren’t sitting in rows of desks facing the teacher, but around a single table in the center, facing one another. Everyone is talking, not just the instructor. They are engaged in lively discussion.

This arrangement is known as the Harkness table. The layout of students and teacher seated around an oval table was designed to foster engagement and synergistic dialogue around the material, helping students develop their own reasoning skills, discussion skills, and a deeper understanding of the topic at hand. Mr. Delgado intentionally implemented this format to copy the seminar-style instruction practiced at Oxford University. 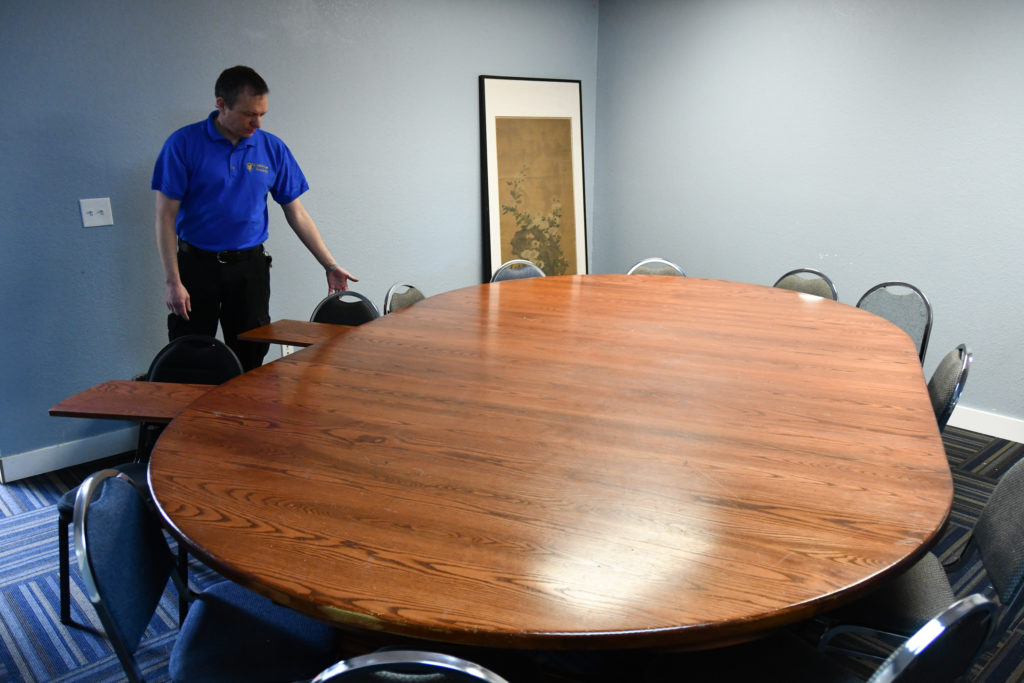 David, showing us the Harkness table.

And this is just one of many areas in which the school looks less like a high school, and more like the colleges, its students aspire to attend. Other hallmarks include its unique and diverse selection of courses, from College Prep Sports to History of Rock and Roll, alongside the full range of traditional AP courses. Cambrian is not just focused on books and classroom learning, as it provides robust elective programs that range from special studies in marine biology to a motorsports team. 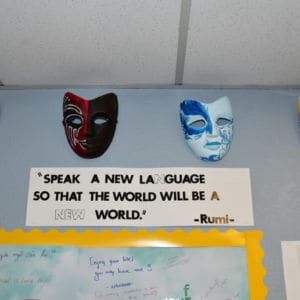 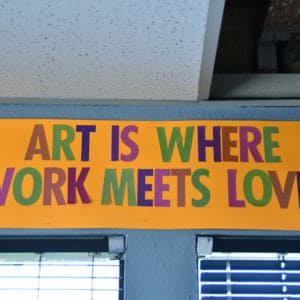 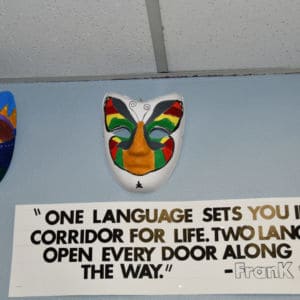 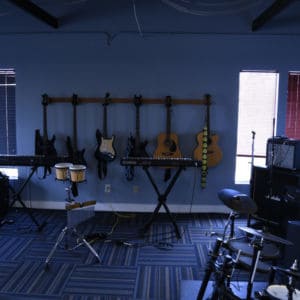 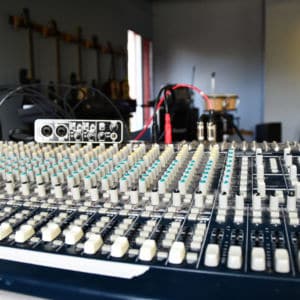 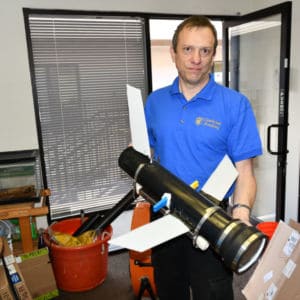 And of course, there are the teachers, who have the daily responsibility of educating each student. Hailing from all over the world, these instructors were hand-selected by Mr. Delgado for their didactic talent, considerable expertise in their subject matter, and above-and-beyond enthusiasm and dedication to their students. Prevalent in every classroom, and fostered by every teacher, are the personal values known by school affiliates as The Cambrian Way.

“The “Cambrian Way” is a way of being: interacting with other minds, listening carefully, speaking respectfully, accepting new ideas and questioning old ones, using new knowledge, and enjoying the richness of human interaction. It is exemplified by the staff and embraced by the students. It’s fun, it’s exhilarating, it’s the way to be,” their website proudly states.

A school that impacts each individual student

Speaking with Mr. Delgado, we heard many stories of individual students and their inspiring academic journeys. One recent graduate, for example, made it into her dream school, MIT after 6 years of customized, accelerated study at Cambrian. She was only 16 when she headed off to MIT — a success by all counts.

But Mr. Delgado’s favorite stories are what he calls the “second chance stories.” 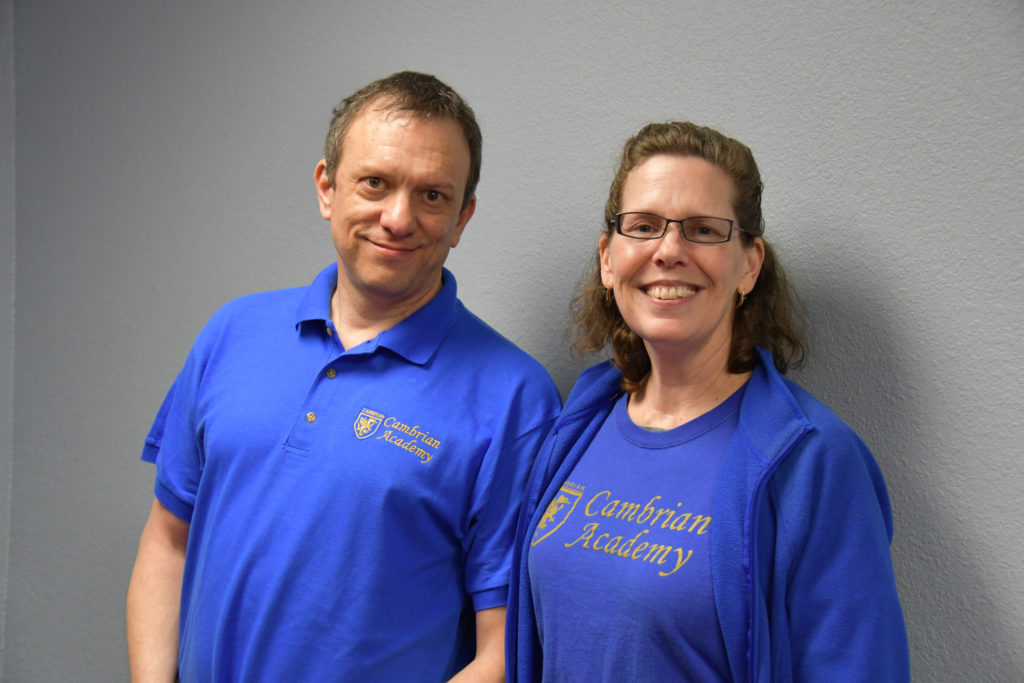 “On top of the students…that are bright all along, heading off to MIT, we also have the students, that, because of the environment [here], because of the care they are given by the teachers, find out they’re capable of a lot more” — a lot more than anybody had originally thought, including themselves.

From disengaged students whose parents desperately requested to “At least get him to graduate high school,” to shy students with autism, Cambrian has a history of engaging and unlocking the full potential of pupils who enter its doors. Every student is unique, whether they have different social, emotional, academic, or extracurricular needs. Cambrian recognizes that fact, and strikes a good balance of meeting them where they’re at, and challenging them to excel.

“We work ’em hard. And then they thank us later,” Mr. Delgado told us with a smile. He was referring specifically to the thanks expressed by an alumnus who had benefitted from the special sports program, which allowed him to have a course schedule built around his soccer schedule. Not having to choose between sports or academics, he was accepted into UC Berkeley to join the soccer team. He later thanked his teachers at Cambrian for training him to effectively write 10-page papers, a skill that has served him well in the demanding classes at Berkeley.

This particular loan allowed us to become independent. We’d been leasing up to this point, and now being able to have our own property made all the difference in the world.

Recently, the Academy has achieved a significant benchmark. They have purchased their own property — a feat most private schools only hope for. There were many challenges to gaining this independence, including an exhausting search for a location, and the many complications involved with navigating city ordinances. But the most crucial challenge was money.

That’s why Mr. Delgado sought community lending support from the mission-based lender CDC Small Business Finance, a CNote partner. With it, he was able to “move quickly” when they finally found a suitable property for their school, buying it and paying for relocation and renovation costs, all while keeping the financing terms manageable. Eventually, the building on 4340 Almaden Expressway became the thriving hub of education it is today.

For Dave Delgado, the success wasn’t just in the purchase of the new property. It was the autonomy and sense of security that came with it. “This particular loan allowed us to become independent. We’d been leasing up to this point, and now being able to have our own property made all the difference in the world.”

And indeed, Cambrian Academy is now firmly established as an independent institution, both financially and in its approach to education. It is an institution students and parents can be assured will remain for years to come. In many ways, this loan and the independence it delivered has allowed Cambrian Academy to focus wholly on what matters most: educating the future leaders of the world.

Cambrian is a college preparatory academy, not in words, but in action.

This story of a dedicated educator and unique school serve as an unexpected example of the impact community lending can have on communities and individuals, not just locally but globally. We’re excited to share Cambrian’s story with CNote members as an example of the kind of impact their money can have. If you’re interested in seeing your dollars driving similar change, sign up for CNote account today.