Terri-Nichelle Bradley used to be frustrated with her job. What had begun as an exciting career with Sesame Street Live had shifted to working for a multi-national public relations agency. If handling corporate crisis communications wasn’t enough, Terri-Nichelle also had to carry the burden of being the senior-most Black woman at the company. She was tokenized by her white colleagues and saddled with the weight of expectation from her junior Black peers. According to Terri-Nichelle, she used to sit in her car every day and cry. She was miserable, and eventually, she was fired. 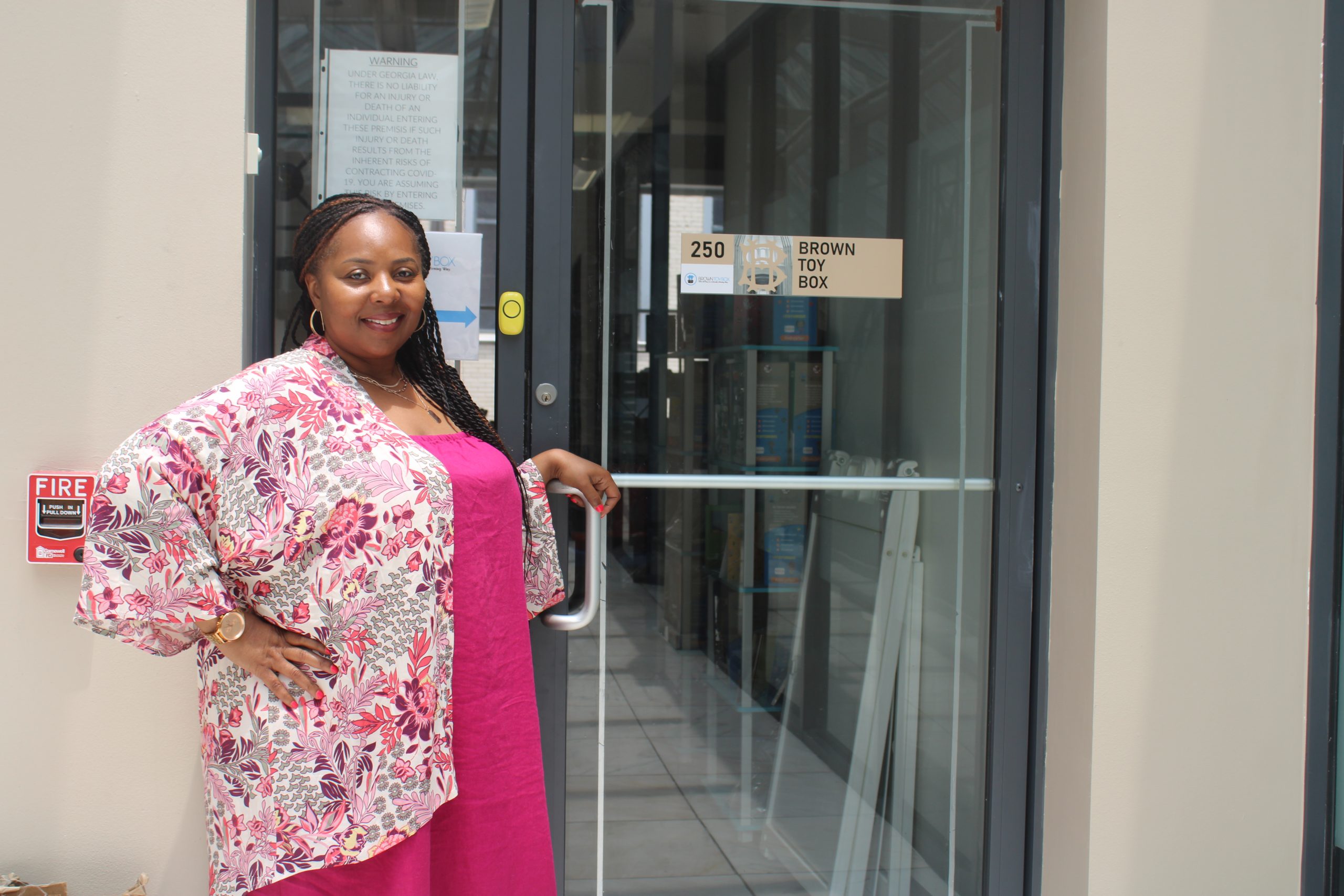 That’s when a 40-year-old Terri-Nichelle went on a quest to find her purpose — luckily, she didn’t have to travel far. On a popular mountaintop outside of Atlanta, Terri-Nichelle put the question “what am I supposed to be doing?” out into the ether. The answer she received was “look at your life.” Her subsequent reflections took her back to her Minnesotan childhood, where Terri-Nichelle’s mother surrounded her family with Black art and kept Black magazines on the coffee table. Even though she wasn’t necessarily surrounded by neighbors who looked like her, Terri-Nichelle grew up knowing that Black people could be successful. As a child, that knowledge allowed her to dream.

As Terri-Nichelle looked back at the Black representation that had been so integral to her upbringing, she had her mountaintop aha moment. As a mother of four, she’d been hearing more and more about the leaky STEAM pipeline — the educational pathway for students in the fields of science, technology, engineering, the arts, and mathematics in which underrepresented minorities, including women, often fall through the cracks. Terri-Nichelle wondered what she could do to reverse that trend. After some research, she decided to start Brown Toy Box, an educational play-kit company that makes toys to get BIPOC kids excited about STEAM careers. 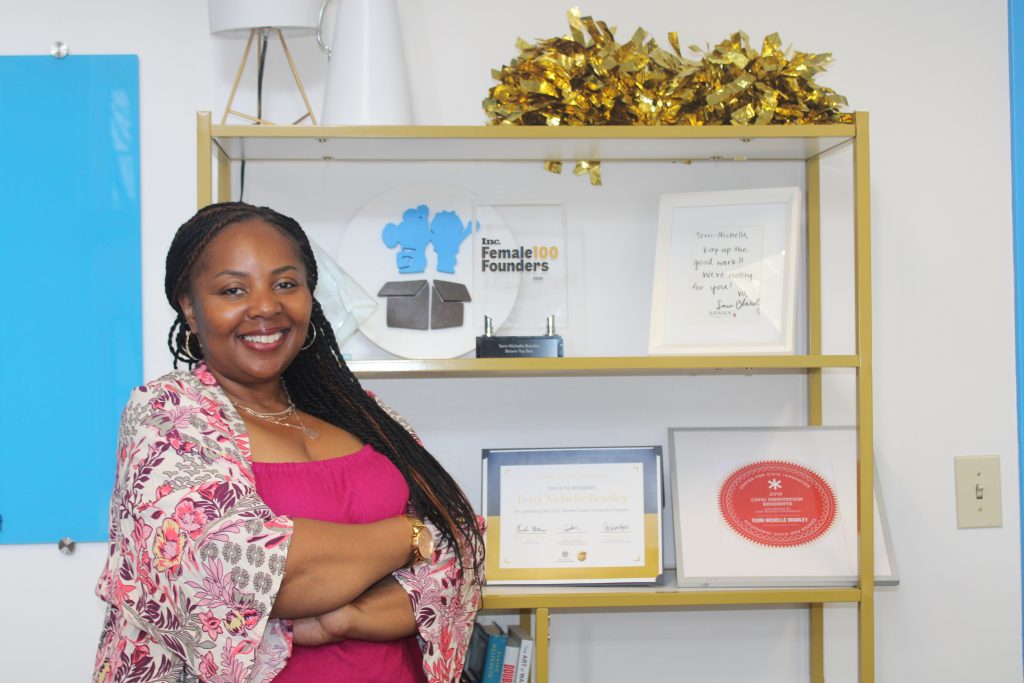 Terri-Nichelle launched her company as a subscription service in October of 2017. By June the following year, she shut it down. According to her, she didn’t have the requisite business acumen, which meant that Brown Toy Box had been destined to fail fast from the beginning. However, Terri-Nichelle wasn’t discouraged. She’d learned about her customers and the market, and she was willing to give it another shot. “I said to myself, ‘if you’re going to do this, you’re going to do it right,” Terri-Nichelle said. “‘You’re going to have to do the training so that you can be very intentional and purposeful about how you’re going to relaunch this business.’”

Terri-Nichelle did just that. In total, she participated in eight incubator and accelerator programs. Terri-Nichelle decided to evolve away from subscription boxes, and although she still wanted to build her business around educational kits, she wanted to be “a creator of product, instead of a curator of product,” as she puts it. Despite the fact that she never wrote a book about astronomy or made puzzles about marine biology, Terri-Nichelle believed that, ultimately, it was better to believe in herself rather than to rely upon other small business owners to make Brown Toy Box work. “I’d never created anything like this before,” she said, laughing. “But I was like, ‘I can do it.’ It’s the audacity of just believing in yourself.” 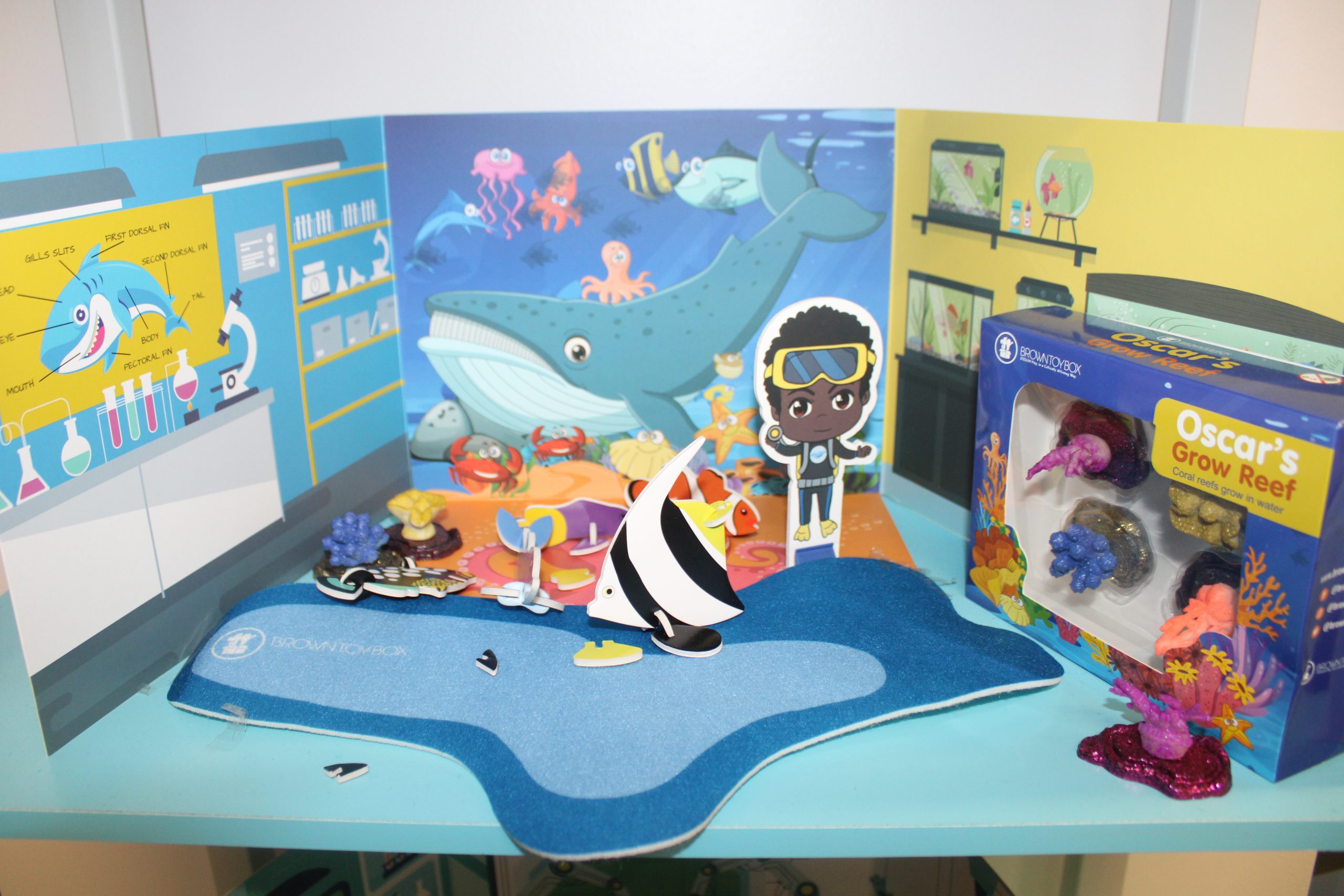 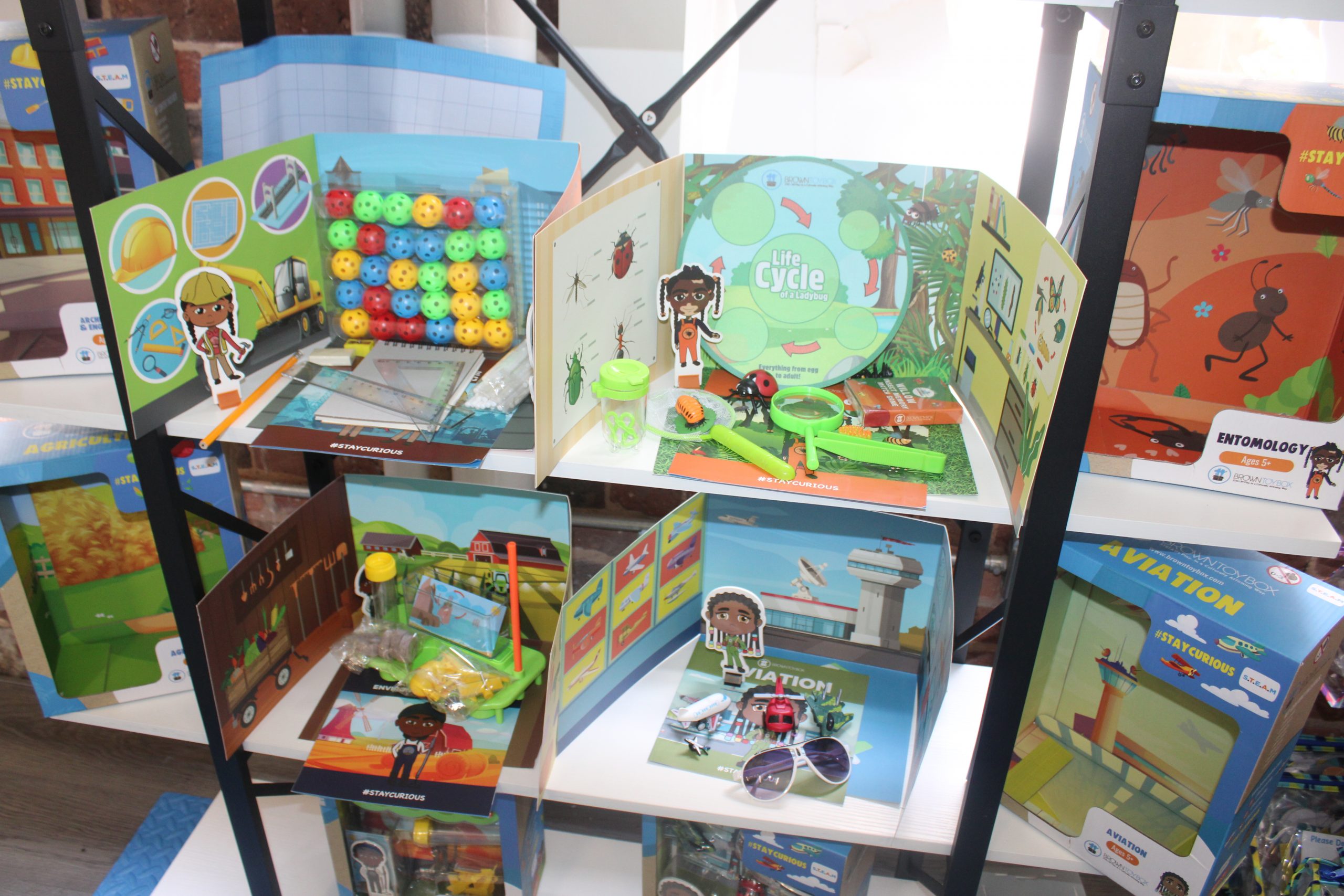 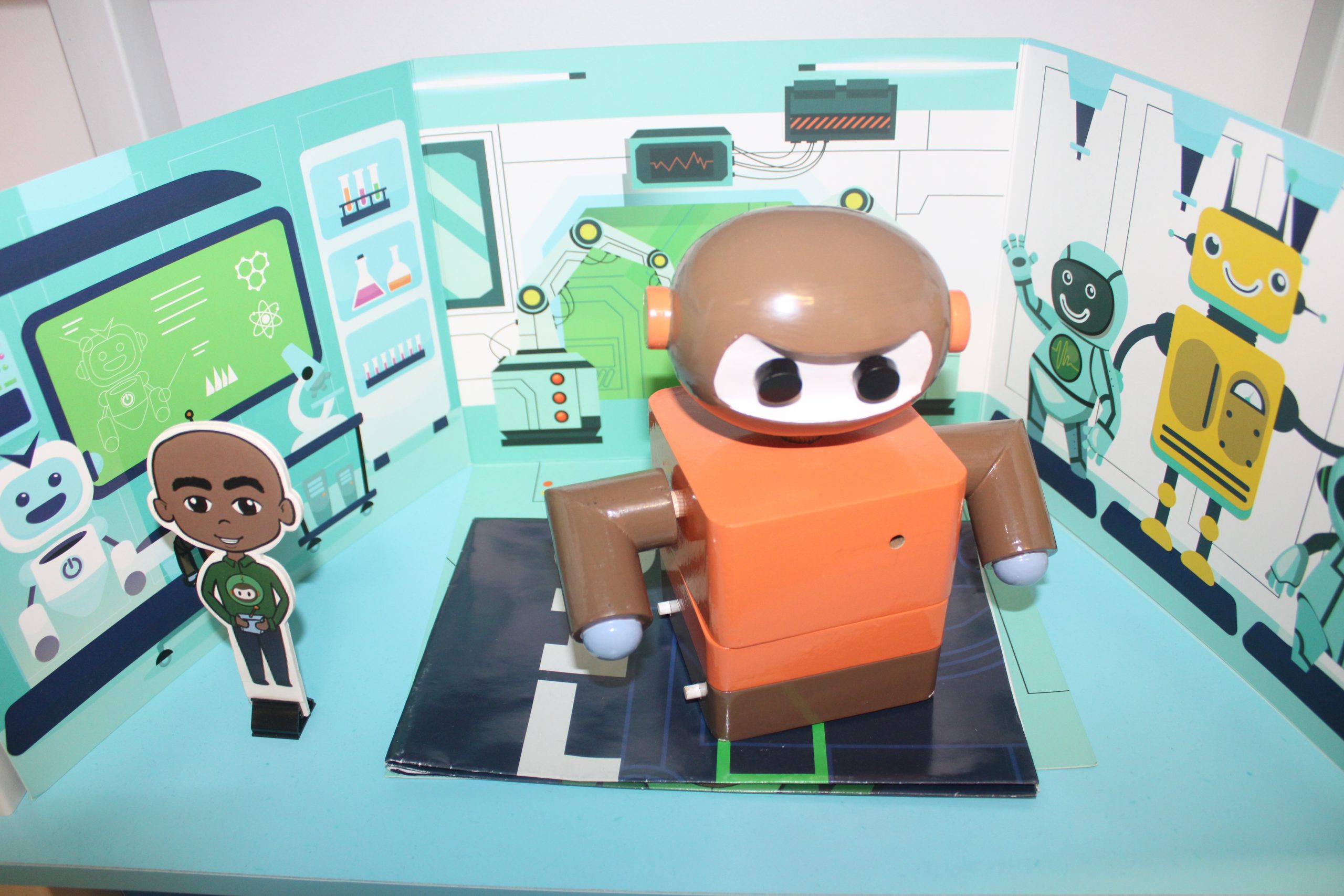 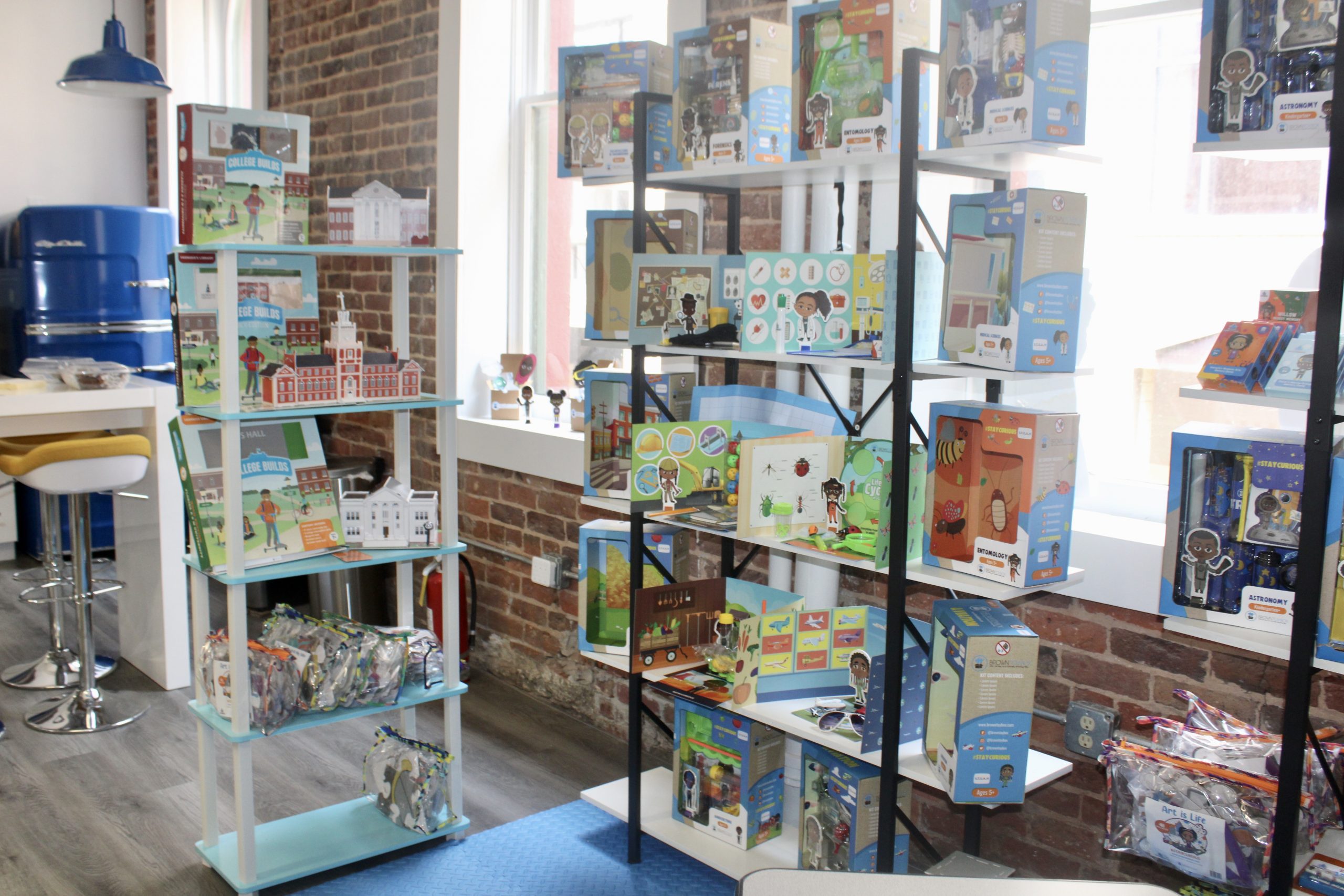 Come the beginning of 2019, Terri-Nichelle was ready to make her second attempt at Brown Toy Box. She’d hired a toy designer, she’d created the Dadisi Academy crew (Black students at a fictitious school named after the Swahili word for “curious”), and she’d designed themed kits around subjects like chemistry, robotics, and coding. Initially, Brown Toy Box returned to selling primarily to schools, however, the company also began to sell direct-to-consumer. That’s when COVID-19 hit. The pandemic effectively paused all of Terri-Nichelle’s business operations. As schools shifted to remote learning, budgets were redistributed to provide hotspots and laptops for students, not educational kits.

That’s when Terri-Nichelle got scrappy. She stopped paying herself and she grew her business into a full-scale educational toy manufacturing company that produces and curates STEAM toys and experiences for children, grades pre-k through 6th. Every toy, game, activity, piece of media, and DIY experience focuses on promoting inclusivity, celebrating Black children, cultivating curiosity, normalizing Black excellence, and building skills that create pathways to prosperous careers. When schools were once again ready to sign contracts and distribute Brown Toy Box kits to students in August 2020, so was Terri-Nichelle. “It’s about all kids having access to these toys,” she said, “because that’s how we’re going to change the narrative, and that’s how we’re going to make sure that Black people aren’t just seen as the athletes and entertainers.” 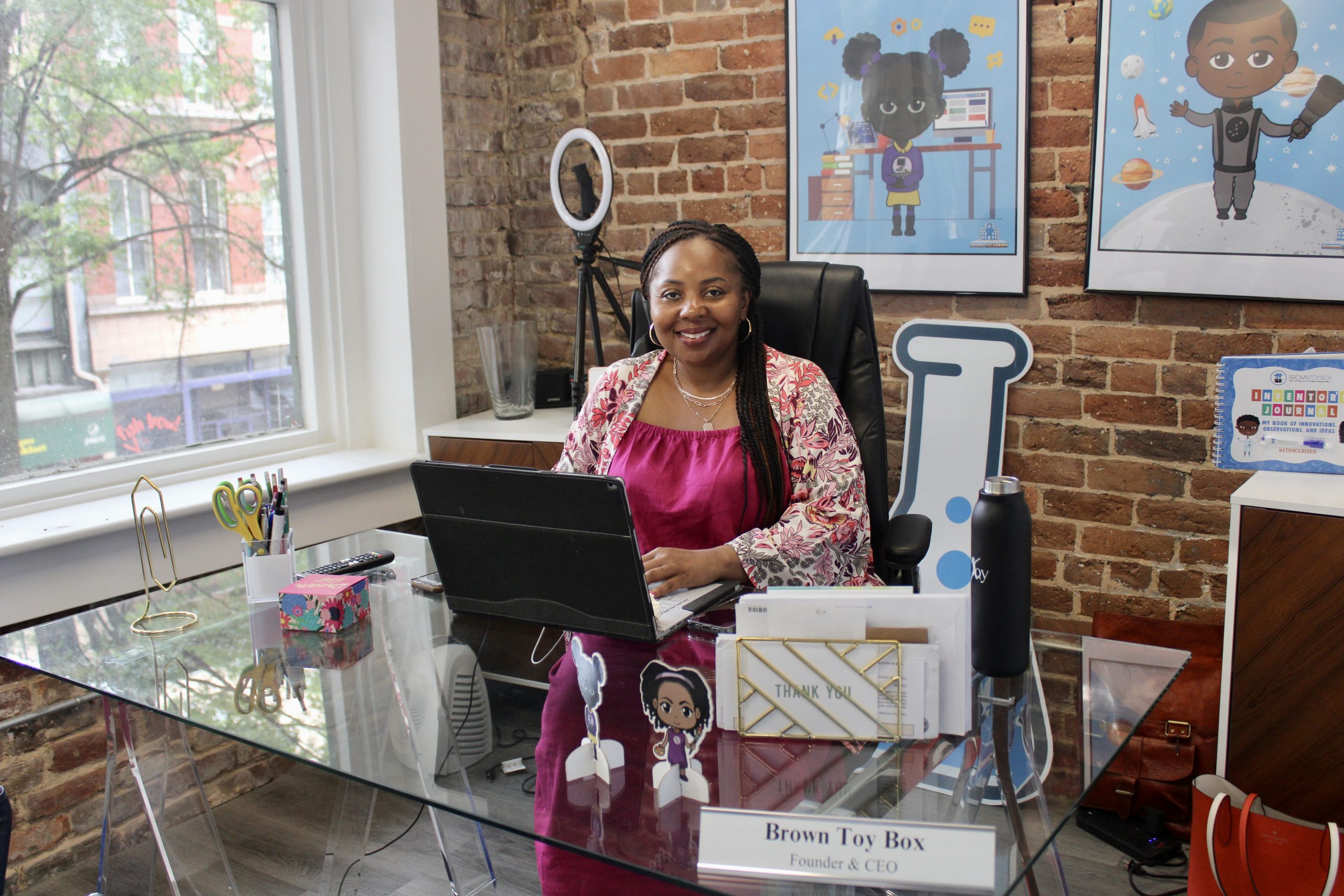 In January 2021, Terri-Nichelle got her biggest opportunity yet — pitching the toy buyers at Target Corporation. The meeting was on a Friday, and on the following Monday, Terri-Nichelle got the call: the retail giant wanted Brown Toy Box in every one of its stores. It was wonderful news, but it was also daunting. Despite previous funding she received from the Google for Startups Black Founders Fund and SheEO that helped her to grow during the pandemic, Terri-Nichelle didn’t have the money to ramp up production to meet demand — Target wanted nearly 40,000 kits. Terri-Nichelle reached out to her network to fundraise. “We didn’t have enough revenue to qualify for a bank loan,” she said. “One of my mentors who leads a bank told me ‘we won’t look at you for another couple of years.’”

Fortunately, Terri-Nichelle had previously been co-located in an incubator with Access to Capital for Entrepreneurs (ACE), a Community Development Financial Institutions (CDFI) that works in 68 counties in Georgia. CNote partners with CDFIs like ACE in communities across America, funding loans to small businesses, providing technical assistance, and empowering local entrepreneurs like Terri-Nichelle. 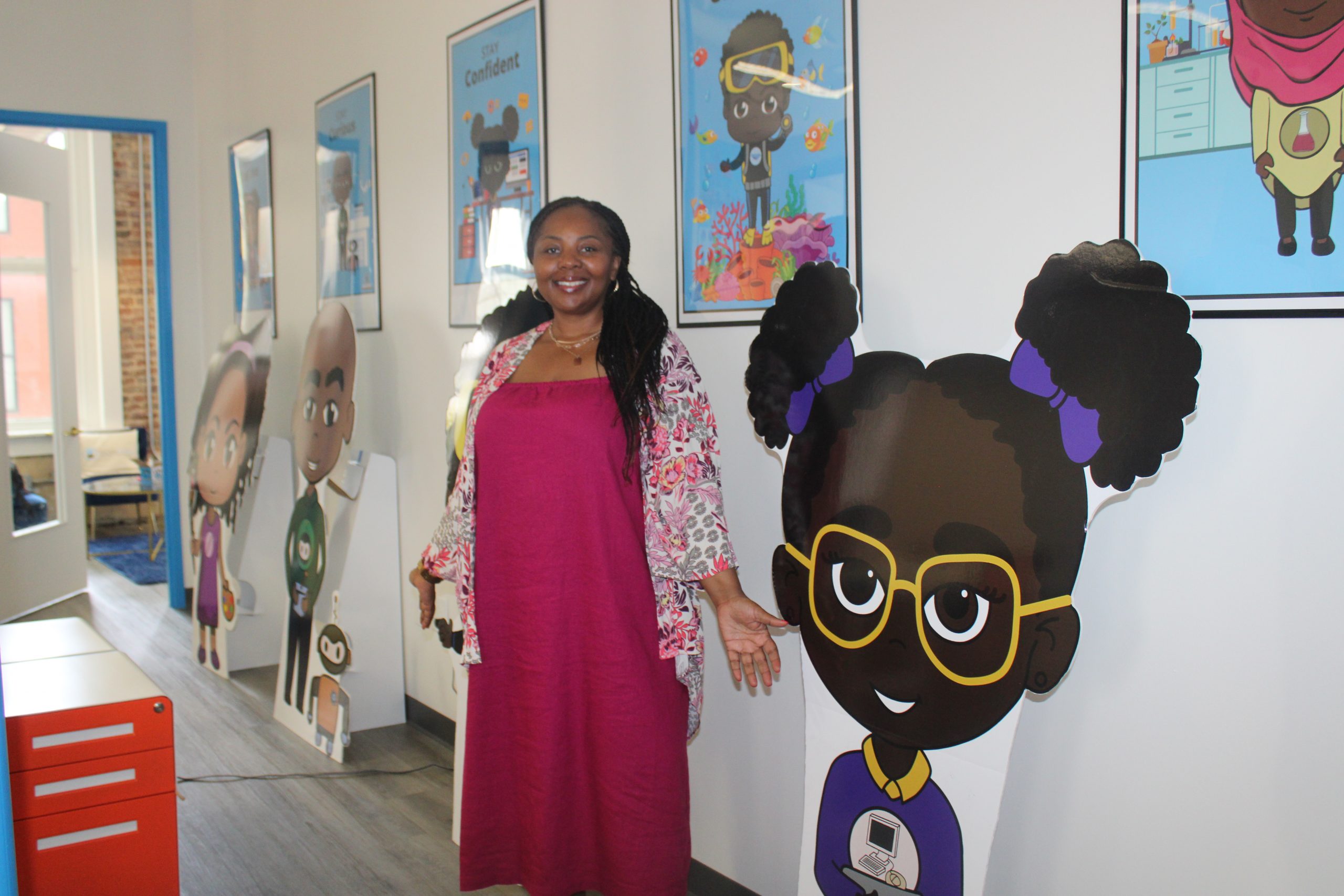 Terri-Nichelle reached out to ACE, and the CDFI was able to get the toy manufacturer the necessary financing needed to execute the Target deal. Although the larger deal was eventually underwritten by many participating institutions, ACE funded the first $500,000 to Terri-Nichelle, which allowed Brown Toy Box to secure the inventory needed to enter 1,757 Target stores. However, in addition to lending, the CDFI’s founder and CEO, Grace Fricks, became a vocal advocate for Terri-Nichelle, and it helped to bring other Atlanta partners — including the Atlanta Wealth Building Initiative, 1863 Ventures, and Invest Atlanta — to the table to provide additional funding for Brown Toy Box’s inventory rollout across the country.

“The reason that we are where we are right now is because we were able to get the capital,” Terri-Nichelle said. “That happened because some really strong women in the investment and finance sectors really showed up for me. So many small businesses have to leave Atlanta, and these women said ‘we want to change that narrative: we don’t want entrepreneurs to have to leave this city in order to make things happen. Women-owned businesses need that type of advocacy, because you don’t usually find it.”

Target Practice for the Future

According to Terri-Nichelle, once the ball started rolling, it never stopped. With funding in one hand and Target purchase orders in the other, she set out to secure office space, forge new partnerships, and grow her team. That’s when ACE provided Terri-Nichelle with technical assistance: the CDFI advised her on hiring and it reviewed contracts for her, particularly as she built out her executive team. “I’d never hired like this before,” she said, “so they were able to use their expertise to help me think through those important things.”

Terri-Nichelle fulfilled every one of those purchase orders, and Target has been selling Brown Toy Box products in its stores and online since October 2021. However, Terri-Nichelle and her team — which includes her two oldest sons — didn’t stop there. The company has a new partnership with Lakeshore Learning, its kits are available for purchase at The Village Retail, and it’s finalizing a partnership with Microsoft that will take the Dadisi Academy crew online by September 2022. If that wasn’t enough, Terri-Nichelle is also working on a licensing deal with a major global brand. According to Terri-Nichelle, she’s projecting $3.5 million in sales in 2022, which is up from $1 million in 2021 and $220,000 in 2020. 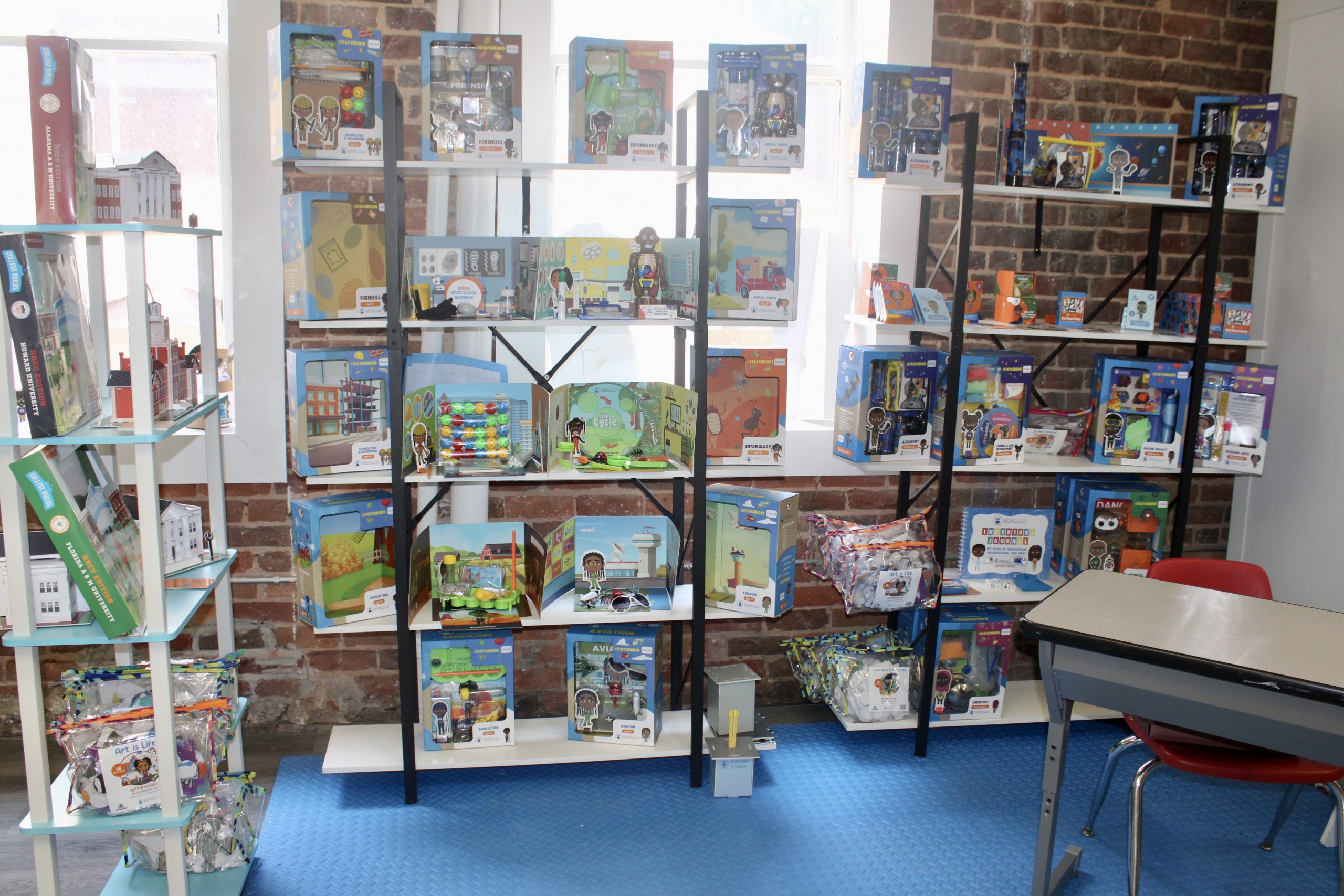 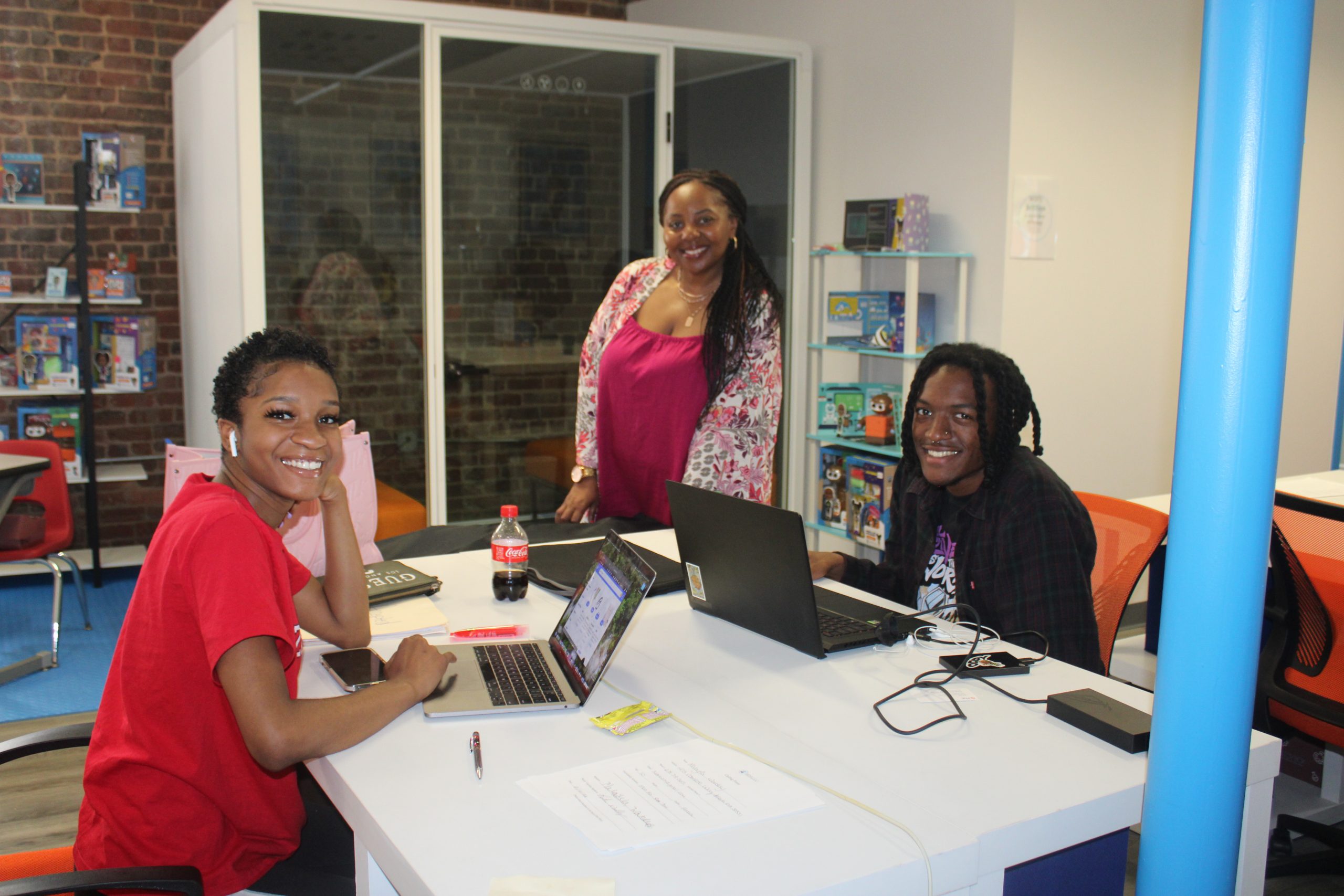 Unsurprisingly, Terri-Nichelle is dreaming big for Brown Toy Box’s future. She wants to turn the Dadisi Academy into an animated series and she wants her company to be a global force of play-based, culturally responsive education. “We really want to blow out any limitations that anybody has ever put on us, including those limitations that we put on ourselves,” said Terri-Nichelle. “We can change the trajectory of so many kids’ lives. My goal is for a kid to walk up to me in 15 years and say ‘I’m a chemist because of Brown Toy Box. That’s my goal, and that’s my purpose.” 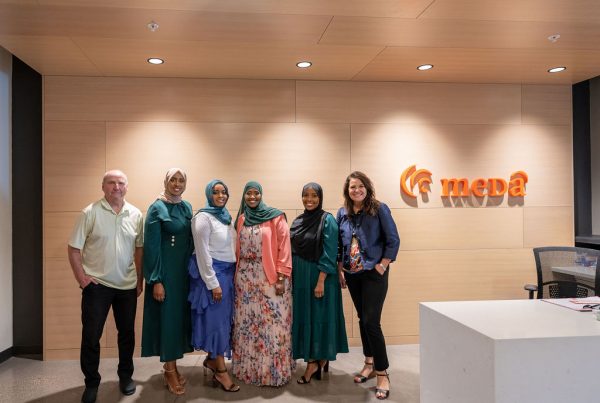 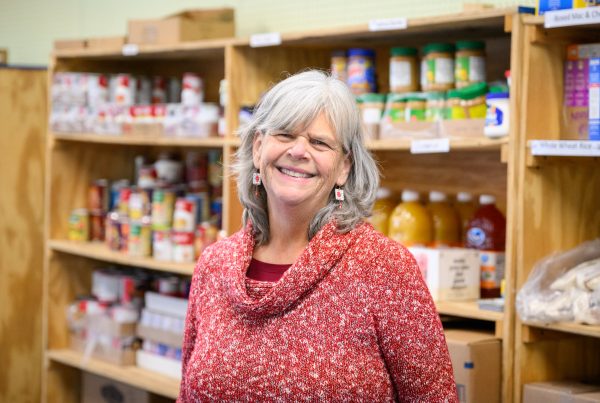