When Jim Barnhart pushed pause on his 34-year-long career in banking, he never could have imagined that a global pandemic was right around the corner. Instead, Jim was looking forward to some quality time at home with his family, particularly so he could help his son, a senior in high school, transition to college. As would be the case, however, Jim’s time away from the financial sector would ultimately be cut short by the demand for SBA commercial loan officers, whose expertise was essential to addressing the staggering economic toll inflicted by COVID-19. 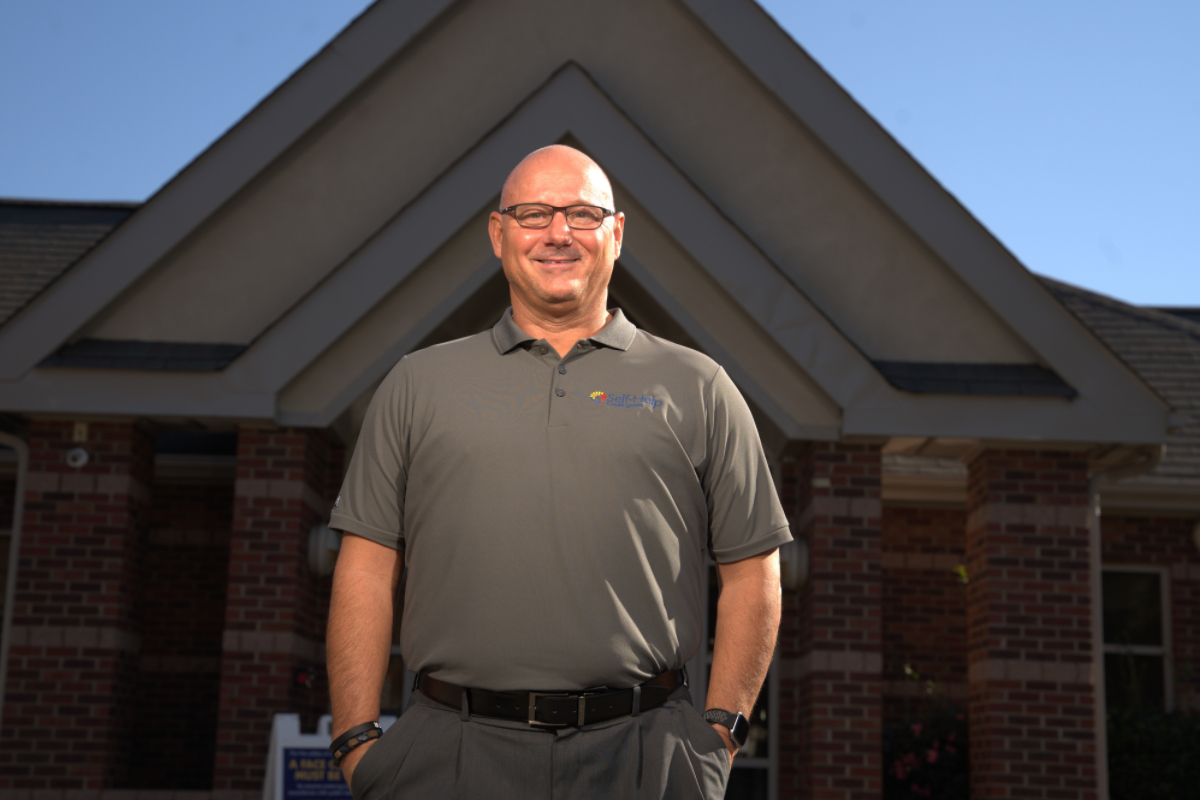 Even before the pandemic sent the U.S. into a lockdown in March 2020, entrepreneurs around the country feared that their small businesses wouldn’t be able to survive an economic shutdown. However, when President Trump signed the roughly $2.2 trillion Coronavirus Aid, Relief, and Economic Security Act (CARES Act) into law on March 27, there was a glimmer of hope. The unprecedented stimulus package allocated nearly $350 billion for small businesses to continue to pay their employees through the Small Business Administration’s (SBA) loan program. Called the Paycheck Protection Program (PPP), the loans were originally designed to cover eight weeks of expenses. Moreover, if employers didn’t lay off employees or cut payroll, loans spent on payroll costs, mortgage payments, rent, and insurance could be forgiven.

Almost immediately, there were headaches. Not only was the window to apply for initial PPP funding short, but the understanding was that as soon as the $350 billion was deployed, that was all the help that was available. To complicate matters, while SBA’s usual demographic is businesses with 500 employees or less, special circumstances allowed for PPP money to flow to much larger, national enterprises that had 500 or fewer employees at individual locations. That’s how businesses like Shake Shack and Ruth’s Chris Steak House — restaurants with thousands of employees —  got $10 million and $20 million loans, respectively, from the SBA. Although these businesses, and others, returned their loans to the SBA after public outcry, one thing was clear: larger and well-known businesses were receiving PPP funding while small businesses and nonprofits up and down Main Street America were struggling.

For example, John Highkin’s San Diego-based nonprofit, Fern Street Circus, had banked with two big-name banks for more than 30 years, but neither of those banks was willing to help him get PPP funding. Similarly, Barbara McCullough, CEO at Brighter Beginnings, was confident that the bank where she did business for over 10 years in the Bay Area would want to help her nonprofit secure a PPP loan: she was told “no.” As frustrating as an outright rejection was for small organizational leaders like John and Barbara, for many, they didn’t even get a response from the banks where they’d held accounts for decades. Instead, while the application window began to shrink and the pool of PPP money was being rapidly depleted, desperate emails went unanswered, and phone calls went straight to voicemail. 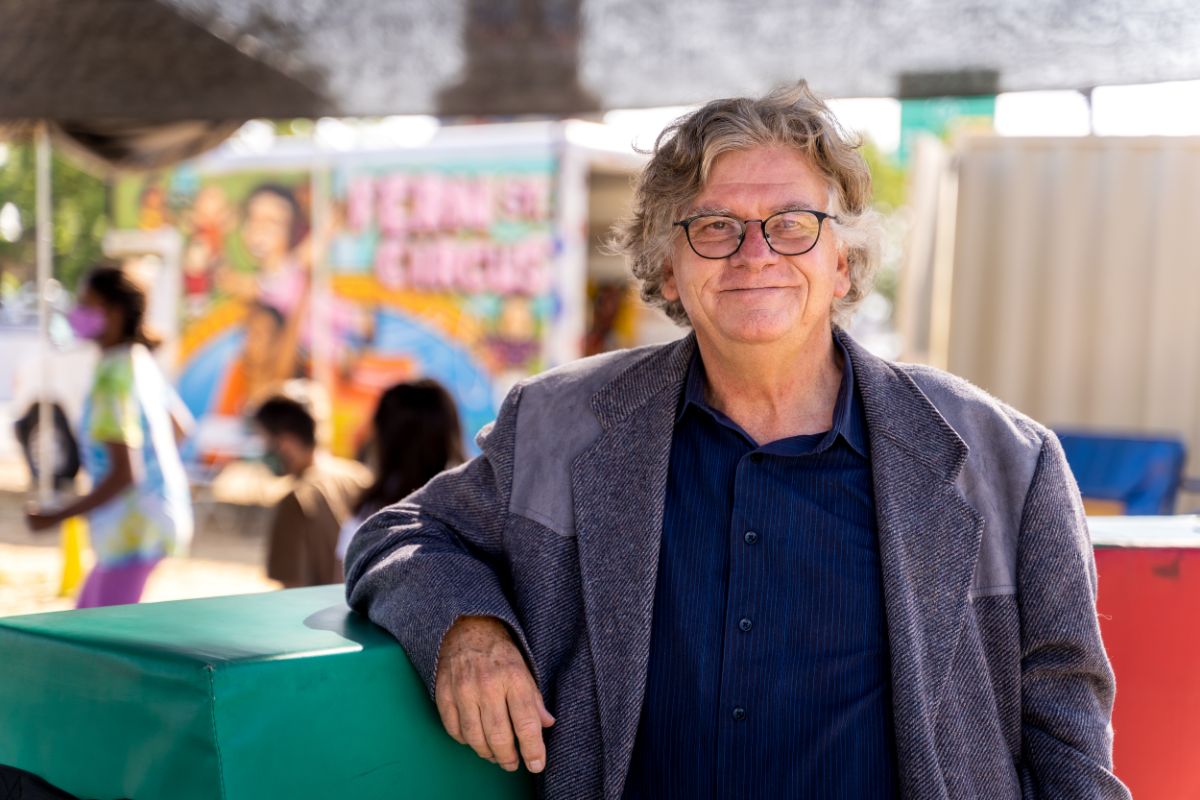 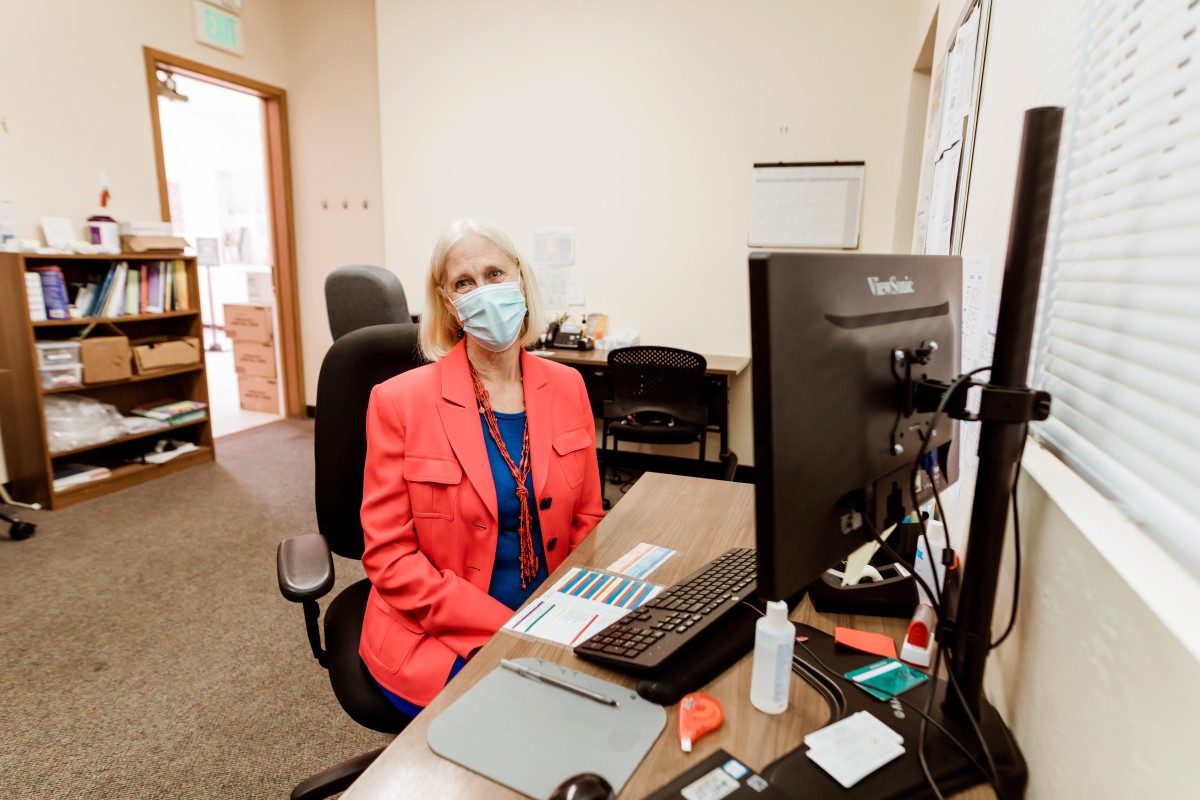 Rising To The Occasion

Although a few important things happened regarding PPP, including a deadline extension for the initial round of loans and a second round of funding that brought the forgivable loan program up to $953 billion, for many small business owners, the experience of being let down by their bank at such a critical point in time led them to take their business elsewhere, including to community development financial institutions (CDFIs) and credit unions. Not only could these community financial institutions distribute PPP funding as SBA-approved lenders, but because these mission-driven organizations focus on character-based lending, financial literacy building, and business skills training, they were uniquely prepared to help small business owners and nonprofit leaders who’d been neglected by their traditional banks to both get PPP dollars and weather the pandemic.

Take Michea Rahman, the owner of the Children’s Language Center in Houston, for example. Michea enrolled in a business resiliency class through TruFund, a CDFI that invests in small businesses in New York, Alabama, Louisiana, and Texas, after her business came to a standstill at the beginning of the pandemic. In addition to business coaching, TruFund provided Michea with real-time information about PPP loans, and when the time came, the CDFI helped her with her application and forgiveness paperwork. While Michea credits the PPP funds for helping her business to stay afloat, she says the training and support from TruFund have allowed her to grow her business to the point that it’s doing better than it was before the pandemic. That includes expanding the number of families she’s helping, hiring a full-time employee, and moving into a larger space. 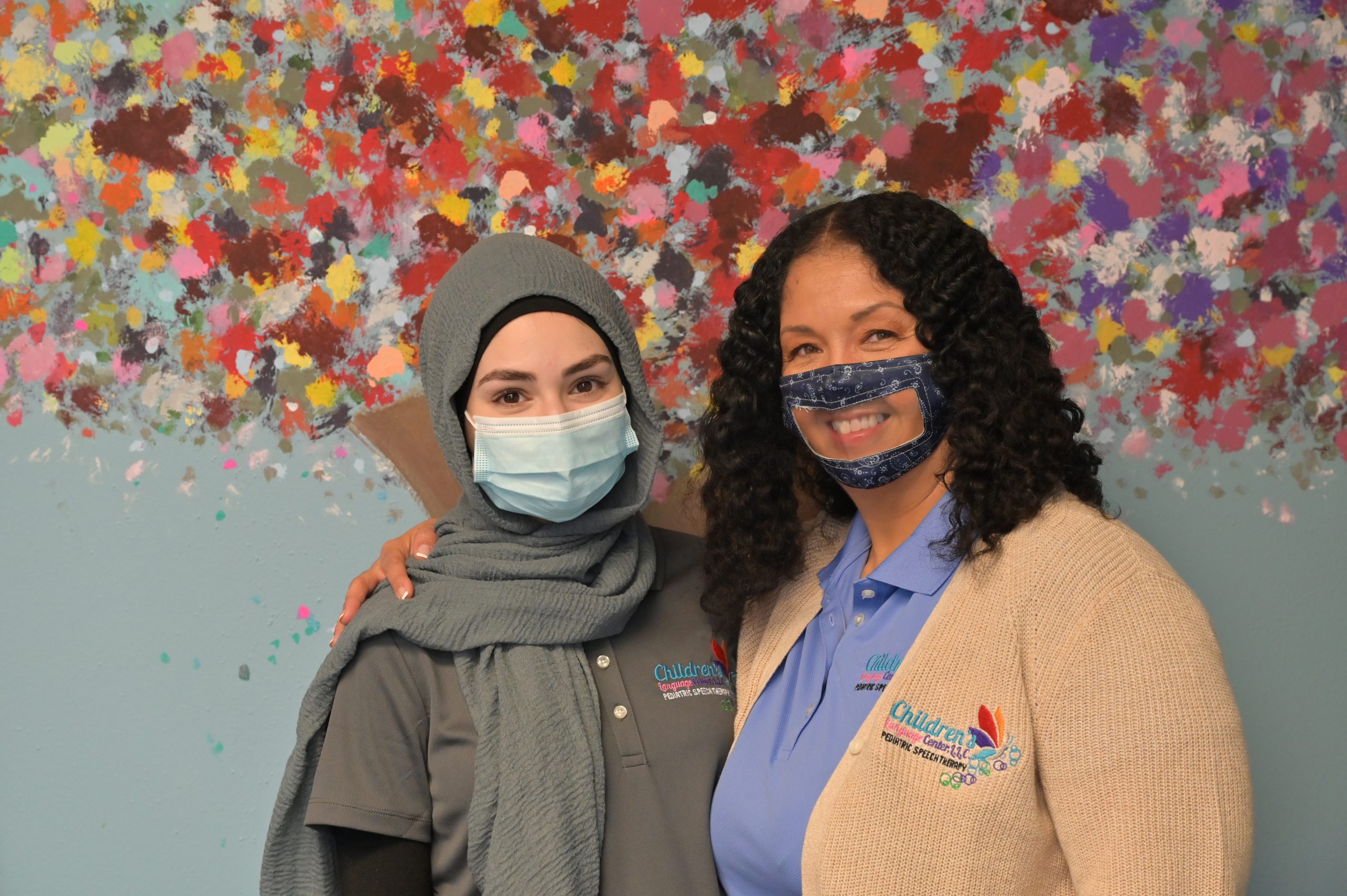 While hundreds of credit unions and CDFIs like TruFund were able to play their part as economic shock absorbers throughout the ongoing COVID-19 pandemic, these financial institutions faced great operational strains, and for many, they needed to quickly grow their teams in order to meet the needs of the small business owners and nonprofit leaders in their communities. For Self-Help, a nonprofit financial institution with branches across California, Florida, Illinois, North Carolina, South Carolina, Virginia, Washington, and Wisconsin, that meant hiring Jim Barnhart, who stepped in as an experienced, albeit temporary, loan forgiveness officer in October 2020. “[Self-Help] hadn’t seen this type of loan volume on a regular basis before,” Jim said. “With the amount of applications coming in, they were the bottleneck, and they couldn’t get to them as quickly as they needed to. The clock was ticking, and that’s when they realized they needed to hire some more help.” 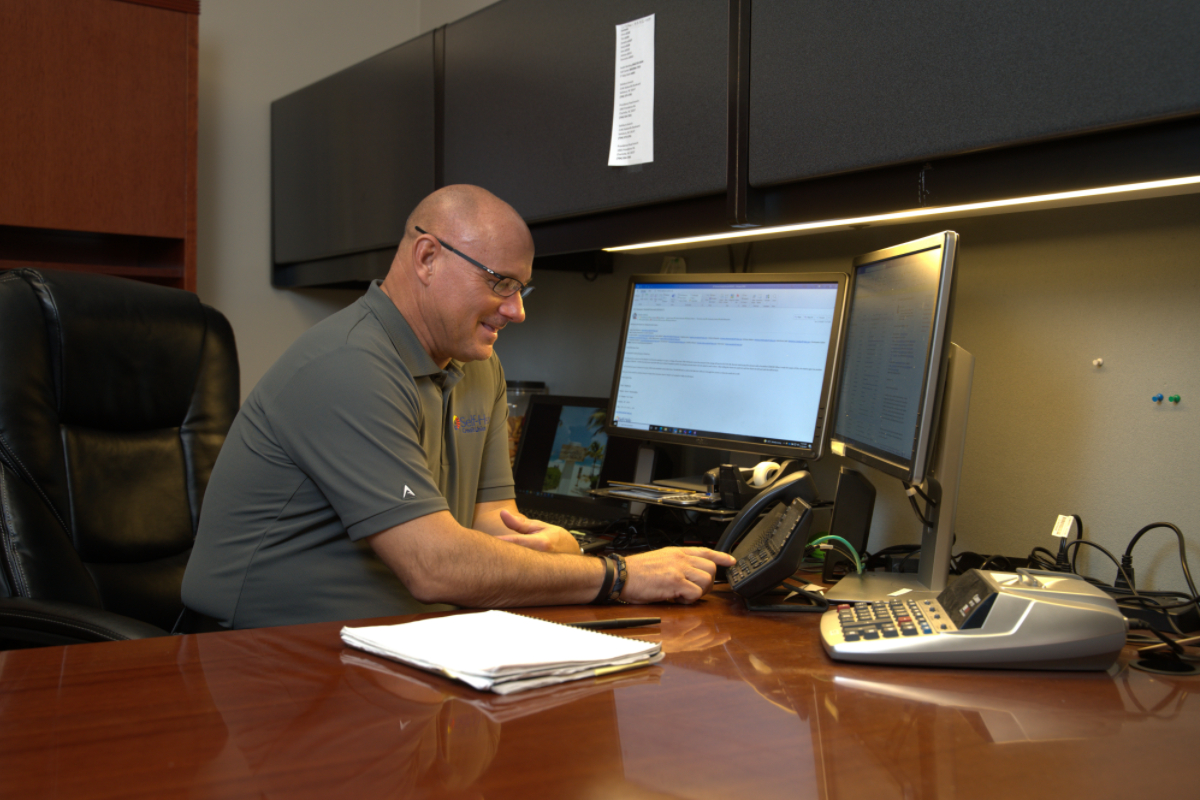 According to Jim, he was happy to step out of his semi-retirement to join Self-Help’s PPP efforts, and although he remained at home and worked remotely, he says his colleagues’ camaraderie and dedication were palpable, even through phone calls and Zoom meetings. Jim says that inspired him to hit the ground running, so that he could help as many small business owners and nonprofits as possible with their PPP forgiveness applications. Additionally, because everyone from Self-Help executives to Self-Help area managers were working on various aspects of the PPP process (in addition to their day jobs), Jim says there was a feeling of “all hands on deck.” Although that led to long hours and late nights, Jim claims that his colleagues’ collective commitment to get through the pile of PPP applications helped to keep a fire lit under him. 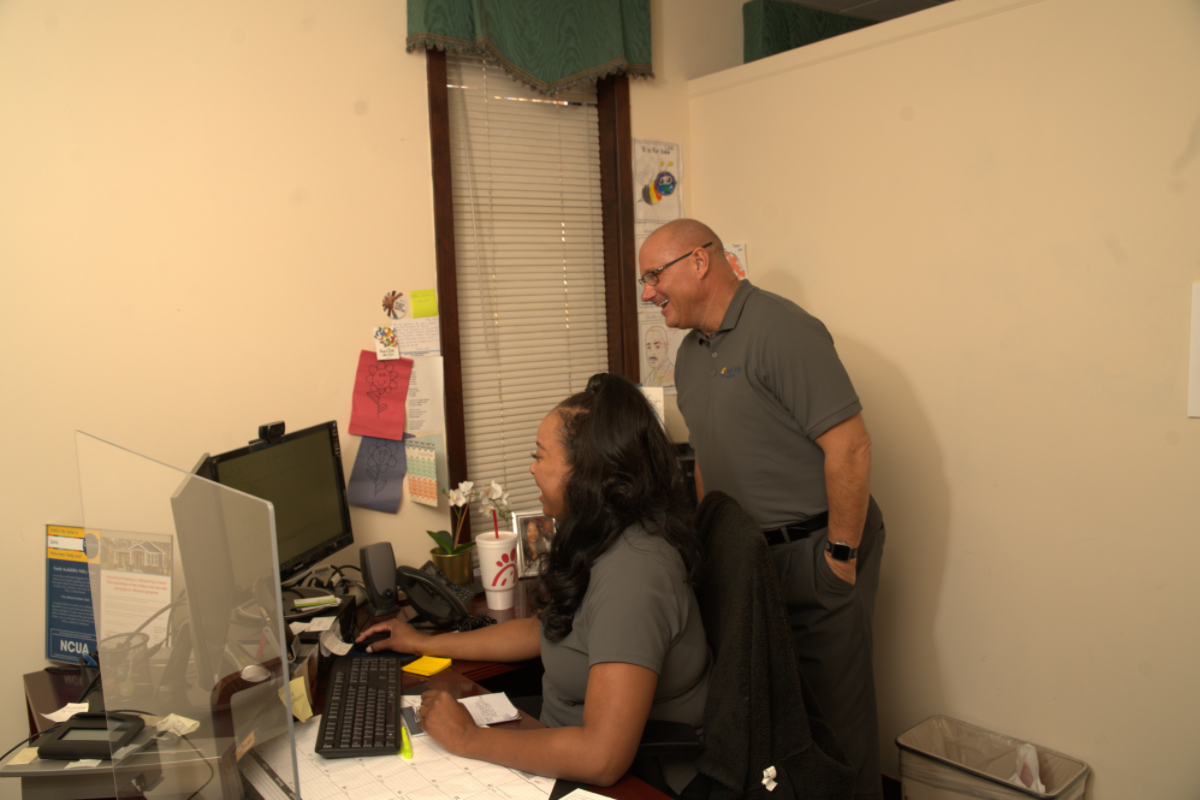 That, and the desperation he could so clearly hear in Self Help’s clients’ voices. Not only were people’s livelihoods on the line, but for nonprofits and social enterprises dedicated to serving communities, the PPP loan applications were about more than paying employees: they were about keeping things like youth programs running, health clinics operational, and food banks open. “If someone called me at 8:30 pm while I was at a football game with my son, I was gonna take it,” Jim said. “You can’t take care of everybody, but at the end of the day, if you take care of the people that are taking care of the people, then people will be taken care of. That’s what Self-Help does.”

Jim wasn’t the only new addition to Self-Help striving to “take care of the people … taking care of the people.” According to him, between October 2020 and January 2021, the credit union doubled the size of its staff of forgiveness officers. Similarly, Self-Help brought additional loan officers and underwriters on board to help meet the needs at the front end of the PPP process. Jim credit’s Self-Help’s leadership team with having the wherewithal and foresight in order to address PPP holistically, from the beginning of the pipeline (i.e. eligibility and applications) to the end of the pipeline (i.e. forgiveness), in order to meet its members’ needs. He also says that the credit union’s leadership did a great job of keeping abreast with changes at the SBA, getting information, and channeling it down to its team so that they would be better prepared to do their jobs and answer questions. That transparency and real-time communication ultimately allowed Jim to be proactive with helping Self-Help’s customers adjust to PPP changes. 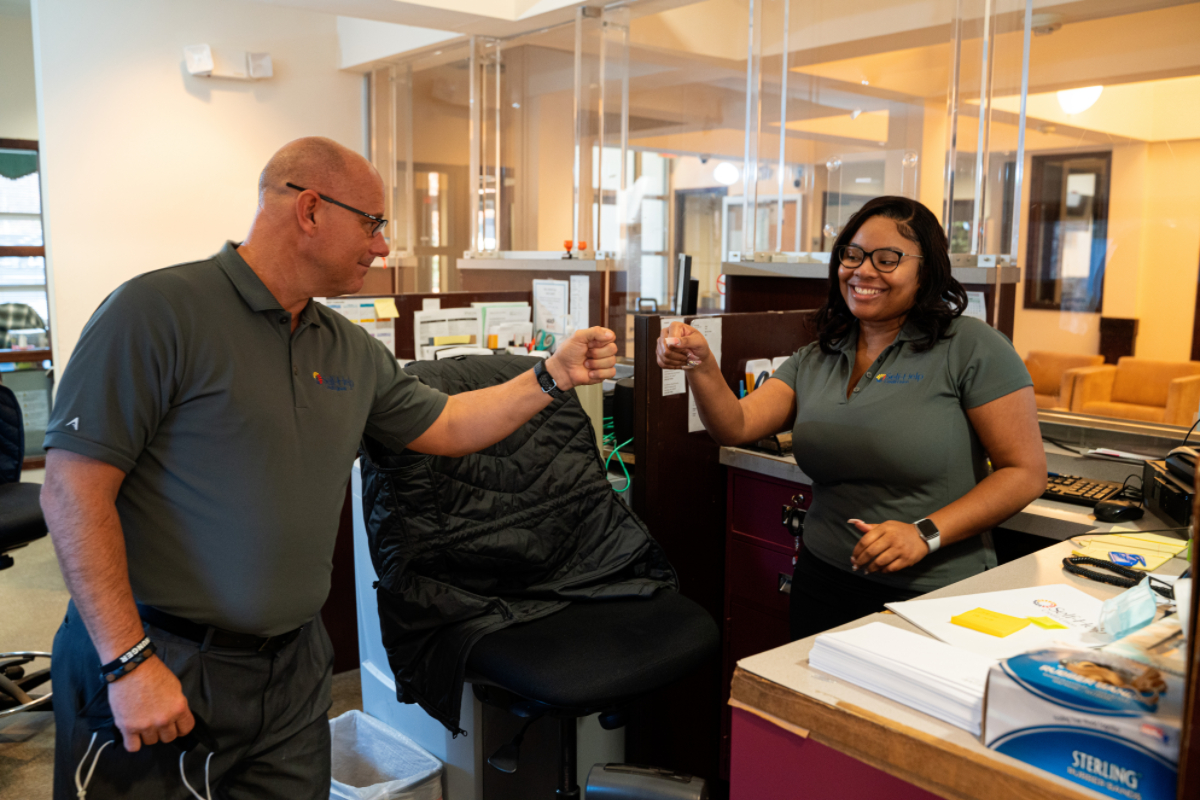 Perhaps not surprisingly, Jim won’t be returning to his life of semi-retirement anytime soon — he signed on full-time with Self-Help in July of 2021. According to him, he fell in love with the credit union’s focus on minority-owned businesses, nonprofits, and other enterprises that traditional banks typically don’t consider, and he’s already feeling like he’s making a difference. “You go home every night feeling like you did some good,” Jim said. “I haven’t felt this good in my 30-something years in banking, where my stress is a blessing because I get to come back tomorrow and ask ‘how do we do more?’ At Self-Help, that really is the goal every day.” 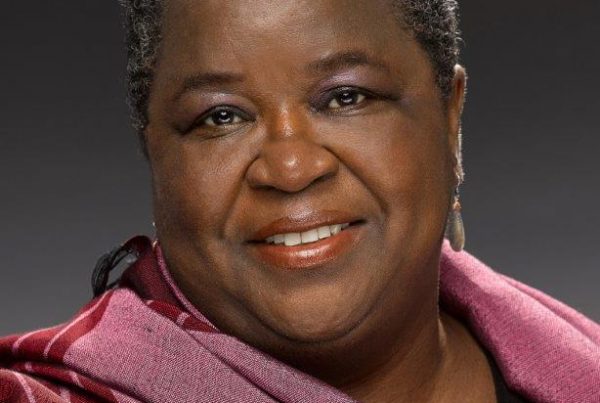 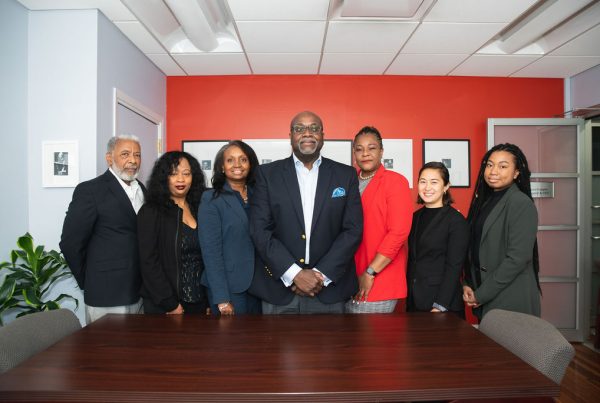 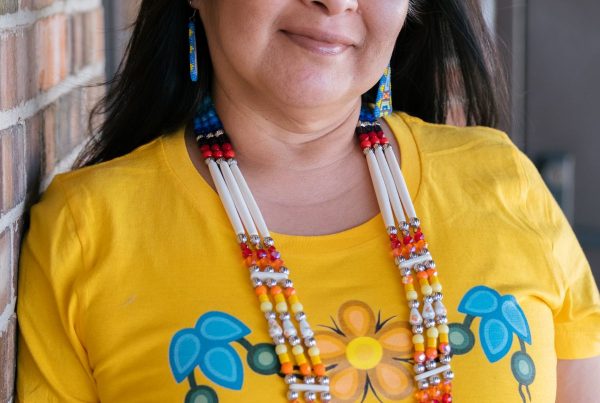 Meet the Black Hills Community Loan Fund, A Native CDFI Rooted In Its Community, And Growing With It